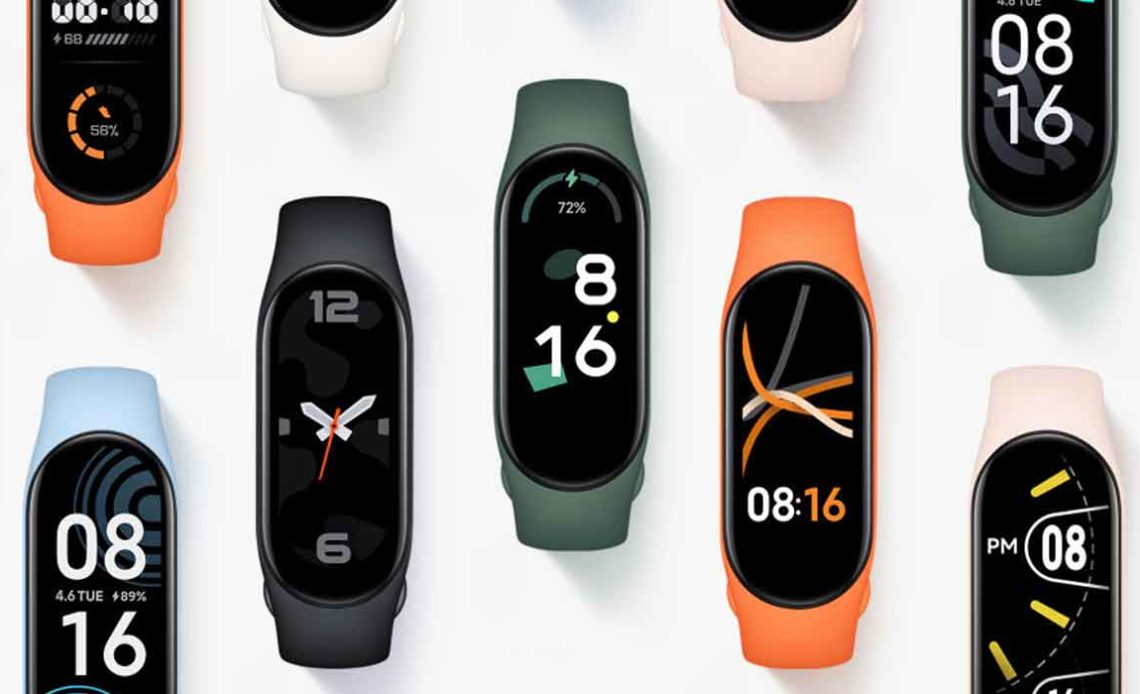 Fitness trackers come in a range of shapes, sizes, and functionality, and the Mi Band series has become one of the most popular yearly launches. It’s likely to remain as popular as ever as Xiaomi has teased the Mi Band 7 design along with declaring the Chinese launch date.

The Xiaomi Mi Band 7 doesn’t stray very far from the tried-and-tested design that has become a staple of the series. In a post on Chinese networking site Weibo (via Android Authority), we get a fairly good look at a few of the upcoming colored bands and some of the watch faces that’ll adorn this sub-$100 wearable.

As one of the very few Xiaomi products that is often available across the entire globe — including the United States. Often priced below $50, the Mi Band series is almost universally loved thanks to a combination of the slim band design, excellent battery life, and simple fitness tracking metrics. This small color display provides quick access to step count, heart rate, local weather conditions, notification readouts, and other data points in a concise manner.

Xiaomi does not need to reinvent or tweak what is already a winning design for the Mi Band 7, but it appears that we could see a marginally increased 1.62-inch AMOLED display this time around. Whether we’ll see further features to take advantage of the marginally increased display size remains to be seen.

While the Xiaomi Mi Band 7 design is not a great shock, you may be surprised to hear that the new wearable is set to launch in China on May 24, 2022. For those hoping to upgrade an older wearable, the wait is going to be a short one.