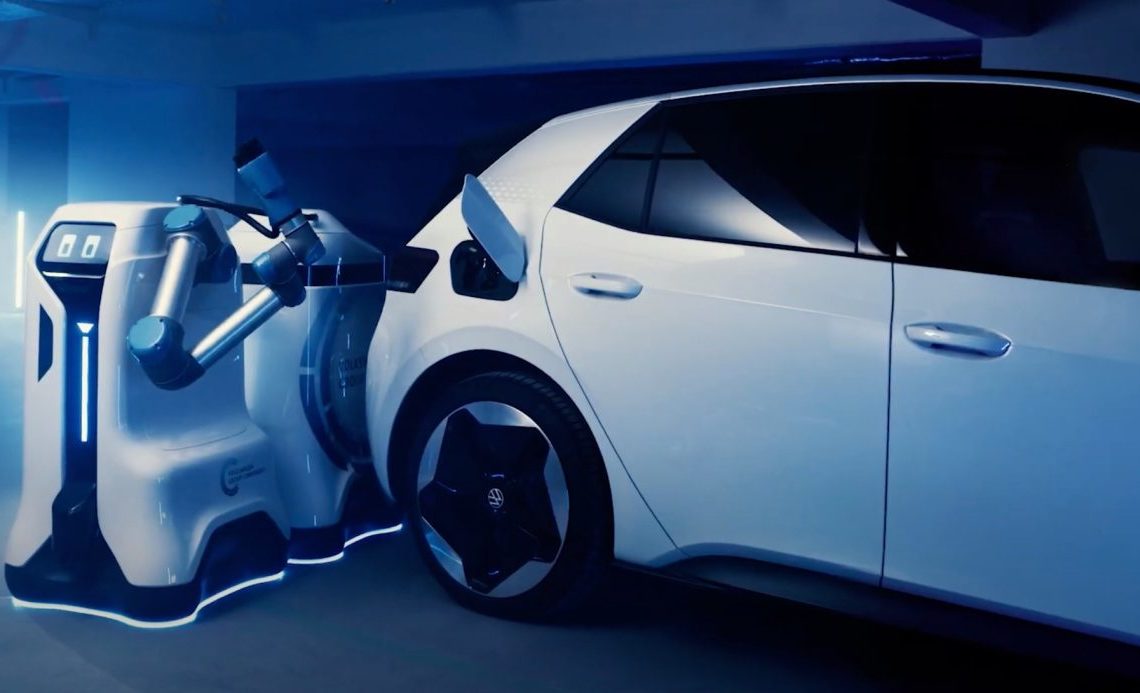 VW has unveiled an actual working prototype of an autonomous charging robot for electric cars – something that it has been conceptualizing for years.

Last year, we reported on VW unveiling the idea of a charging butler robot concept for electric cars.

They had the vision of a robot equipped with a DC charging system that would be able to grab battery packs, connect to them, and bring them parked electric cars to autonomously charge them while they are sitting in a parking lot.

The concept was an interesting solution to the problem of charging electric vehicles in large residential complexes.

Instead of building charging stations for every parking spot in an underground garage, you could simply build a station with battery packs and have those autonomous robots bring the packs to electric vehicles when needed.

Now VW has unveiled an actual working prototype of this autonomous charging robot:

The German automaker describes how the autonomous charging system works:

The company previously said that that they are equipped with 25 kWh battery packs each and they can charge a vehicle at 50 kW through DC fast-charging. The charging robot can move several battery wagons at the same time.

VW says that they are currently evaluating bringing the system to market based on the development of this prototype.

While this might sound a bit gimmicky on the surface, it actually offers some important advantages in some specific situations like large parking garages.

You can lower the cost of turning an entire parking location into electric vehicle charging spots by limiting the installation cost to a station for those robots and their battery packs.

You basically have to look at it as level 2 charging but with battery packs, it enables DC fast charging at up to 50 KW.

I’d be curious to see this working at scale in parking garages with hundreds of vehicles that are starting to go electric. It would be interesting.