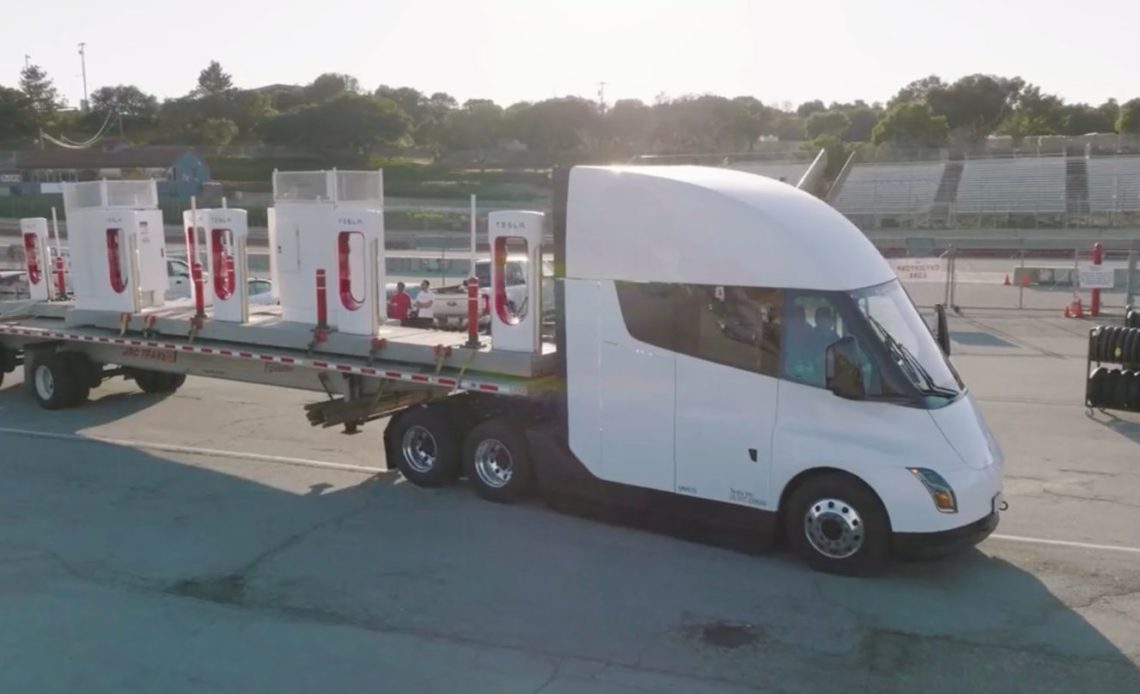 One of the rare Tesla Semi electric trucks came out of hiding this week to deliver pre-assembled Superchargers to the Laguna Seca racetrack in California.

With the Tesla Semi program being delayed by three years at this point, the automaker rarely publicly uses the electric semi-truck.

The company only produced a handful of them at a facility in Nevada, and it has yet to bring it to volume production as it waits on higher volume availability of its 4680 battery cells.

However, Tesla has always said that it would be its own best customer when it comes to the Tesla Semi, and it is already putting the few electric trucks it has to good use.

We have seen the automaker use its Tesla Semi electric truck to deliver Model 3 vehicles to customers in the past.

Now Tesla shared footage of using the electric truck to deliver pre-assembled Superchargers at the Laguna Seca racetrack in California:

Earlier this year, we reported on Tesla using pre-fabricated Supercharger stations to accelerate the deployment of the fast-charging stations.

In one case, Tesla managed to deploy a new Supercharger in just eight days thanks to delivering the chargers in a pre-fabricated system with both the charging stalls and cabinets on concrete footings.

Also, it’s interesting that the automaker is building a station at the Laguna Seca racetrack.

The track is popular with EV owners and especially owners of performance Tesla vehicles in California who can’t push their vehicles to their limits on public streets.

Tesla owners have often used the racetrack as a benchmark for the top performance versions of the electric vehicles, like breaking the EV record with the Model S Plaid last year.

It will be super useful to have a fast-charging station at the track since electric vehicles perform best when they have a high state of charge.