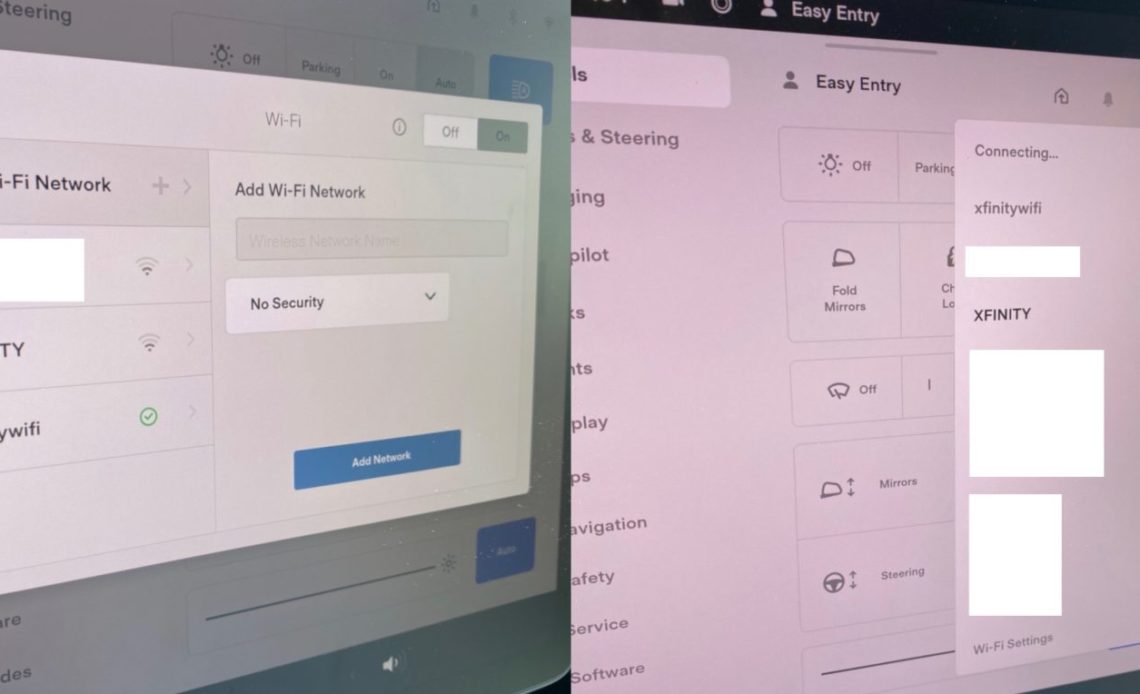 Connectivity has been a flagship feature of Tesla’s offering in the auto industry. It enables several fun and useful features for customers and has also been used by Tesla to collect data from the fleet and improve features — mainly Autopilot.

More recently, the automaker launched a software update to allow owners to use their phones’ wifi hotspots while driving as an alternative to LTE connectivity.

Now Tesla is apparently working on another alternative involving using Wifi hotspots from internet providers. A Twitter user going by Analytic managed to activate the new feature in their vehicle:

Tesla appears to be working with several major internet providers in North America, Europe, and Asia to test the feature.

Tesla hacker “green” confirmed that the feature is the backend of Tesla’s software and the automaker is currently testing it:

It’s impossible to get a timeline on when Tesla could bring the feature to customers through a software update.

The feature could prove useful to improve the connectivity of Tesla vehicles as data requirements are increasing with more internet-based entertainment features inside the vehicles and as Tesla is extracting more data from them.

When releasing an Autopilot update in 2017, Tesla asked owners for authorization to collect videos from the Autopilot cameras. After that, Tesla opened the floodgates of Autopilot data gathering, and the amount of data being collected has only increased since.