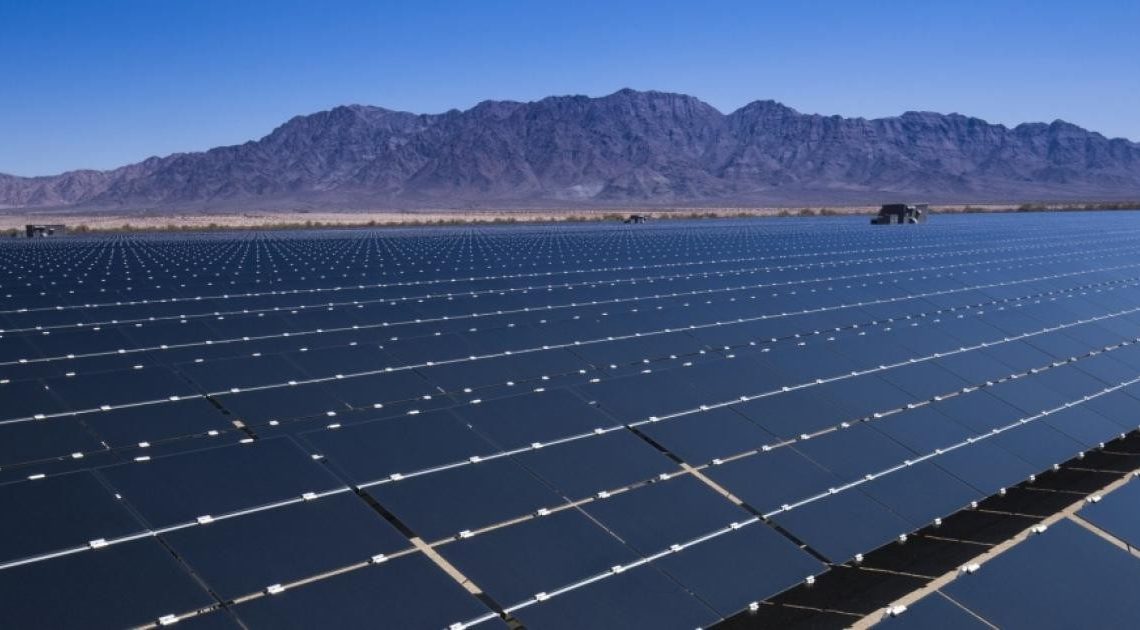 The Biden administration set a goal of permitting 25 gigawatts (GW) of solar, onshore wind, and geothermal energy on public lands by 2025. It’s well on its way to exceeding that goal.

In January 2022, the White House reported that since President Joe Biden took office, his administration had approved 18 onshore projects totaling 4.175 GW (including eight located on public lands and 10 with interconnection lines on public lands) and initiated processing of another 54 priority projects with the potential to add at least 27.5 GW of clean energy.

In a report released yesterday that was submitted to Congress, the US Department of the Interior forecasts that it’s now on track to approve 48 wind, solar, and geothermal energy projects with the capacity to produce around 31.827 GW of electricity by the end of the fiscal 2025 budget cycle. Solar leads with 29.6 GW of that electricity. (That’s all on page nine of the report.)

The report estimates that the Bureau of Land Management will approve projects capable of producing 11,409 MW of electricity by the end of 2023. That amount alone would nearly double the 12,000 MW [12 GW] of electricity from the 35 solar, 36 wind, and 48 geothermal power projects that have already been approved on federal lands to date.

Our nation’s leaders have asked for timely action on renewables, and the Biden-Harris administration is delivering.

The Bureau of Land Management’s energy experts understand the demand and the need to ensure environmentally sound development of renewable energy on these lands. We’re on the path to build upon the extraordinary work already being done.

The report identified some challenges:

This is a very big deal. Why is it not making more headlines? It’s relevant to everyone in the United States, and even the world, seeing as how the United States is one of the biggest emitters internationally.

Assuming this progress is not somehow undermined by another administration in 2024, the Biden administration is going to not only deliver, but exceed its clean energy goal of 25 GW by 2025. Climate change is the biggest challenge humanity is facing right now, so this is great news.

It appears as though the Biden administration needs to do more to publicize its progress on clean energy. The news seems to have been buried, and it’s crucial that people know about this progress.