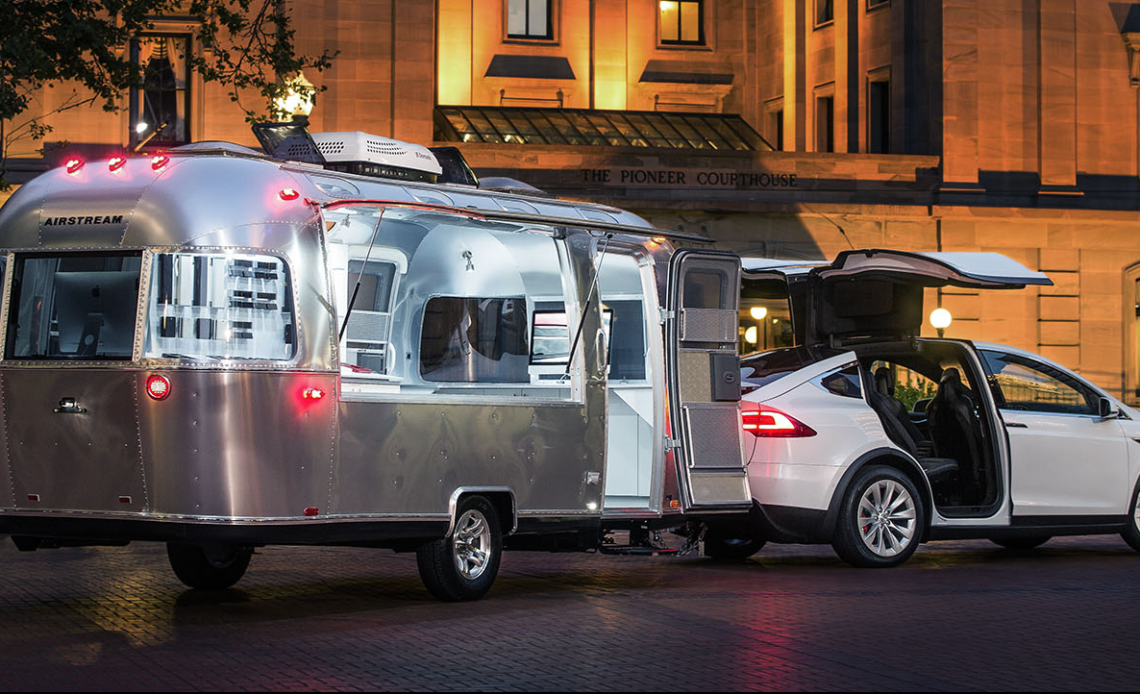 A bunch of Tesla alums has launched a new electric RV startup with its first product being a travel trailer equipped with an electric powertrain to help increase the range of an electric vehicle towing a trailer.

At Electrek, we have been arguing that the RV market is primed to be electrified for a few years now, but there are only a few projects being developed.

Winnebago has its e-RV electric motorhome concept and the electric Airstream concept, but it appears that we are still far from an actual product that we can buy.

One thing is clear, more and more companies are looking at the market, and we learned of an interesting new entry this week: Lightship Energy, a small startup launched by former Tesla alums that is slowly stepping out of stealth mode with an interview with Techcrunch.

It was cofounded by Ben Parker, a mechanical engineer who worked on the Model 3 battery pack and more recently Tesla’s 4680 battery cell, and Toby Kraus, who managed the Model S program at Tesla before becoming an executive at electric bus maker Proterra.

The startup was originally launched to electrify food trucks, but when talking about it they were so often asked about electric RVs that they decided to explore the space.

After a 6,000-mile RV trip to learn about the product and industry, they decided that they could design something from the ground up that could result in a greater product for electric vehicle drivers.

Kraus, who is chief operating officer at Lightship, said:

We pulled the most aerodynamic trailer we could rent behind a Tesla Model X and we actually had to drop the trailer in the middle of an off ramp on an interstate because we couldn’t pull it to the next Supercharger. It was miserable.

After $1 million in pre-seed and $3 million in a seed round, the company recently closed a $23 million Series A round to deliver their first working prototype, which they are not ready to show yet.

But with 90% of the 600,000 units a year RV market consisting of travel trailers, the company decided to address that first.

Parker, who is now CEO of Lightship Energy, said:

Our goal is definitely to create a super satisfying long-range, EV roadtripping experience. As any good Tesla alum would work, we started with going back to the fundamentals and asking, ‘what should a travel trailer be?

When you have a 300-mile electric truck towing a trailer, it often becomes a 100-mile truck.

Lightship aims to deliver a trailer equipped with its own electric powertrain that would result in the EV pulling it not losing its range.

“I think the gravity of the problem around towing and towing range is just starting to hit home with people as more EV trucks are hitting the market. With an EV powertrain on board you can use that additional energy for the trailer to propel itself, reduce all of the load on the tow vehicle and get back to a range loss zero experience — now you have a 300-mile trailer and a 300-mile truck.”

Of course, the electric trailer could also be useful to gas-powered trucks and not only EVs, but it is designed to enable a great RVing experience for electric vehicle drivers.

It’s not clear when Lightship plans to unveil its first product, but we are going to keep an eye on the startup.