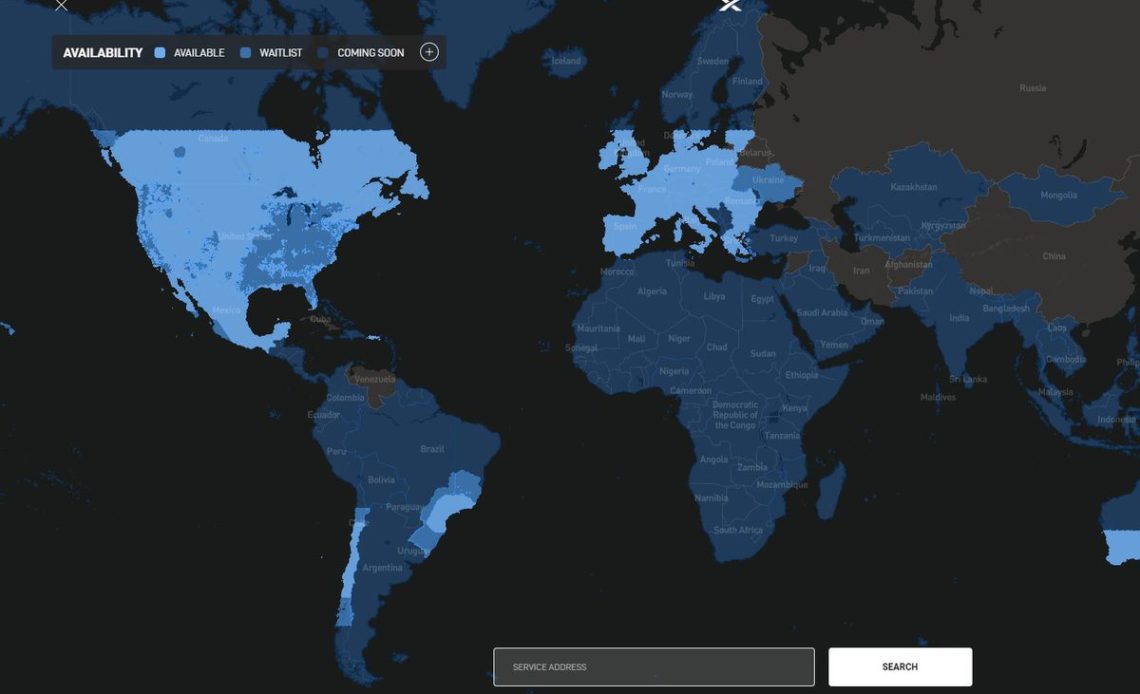 Starlink shared a screenshot on Twitter showing the service’s availability map, which shows the service as “available” across most of Europe and North America, as well as parts of South America, Australia, and New Zealand. Much of the rest of the world, including the entire continent of Africa, is shown as “Coming Soon” with availability expected at various points in 2023.

Starlink is now available in 32 countries around the world. People ordering from areas marked “available” will have their Starlink shipped immediately → https://t.co/slZbTmHdml pic.twitter.com/CecM1pkf5D

32 represents an increase in the amount of countries Starlink serves compared to earlier this year, when SpaceX said it was available in just 25. But more notable is the number of countries where SpaceX is claiming to now be shipping its dishes to customers immediately — the service’s subreddit is filled with stories of customers having to wait months for their orders to be fulfilled. In April, Rest of World reported that the majority of Starlink users are based in North America, with much of the remainder based in Australia, New Zealand, and Europe.

For our first-hand impressions of what the service is like to use in practice, check out our review from May last year. After a price increase that came into force in March, new Starlink orders now cost $599 upfront for its starter kit, with a monthly service charge of $110 to receive internet service.