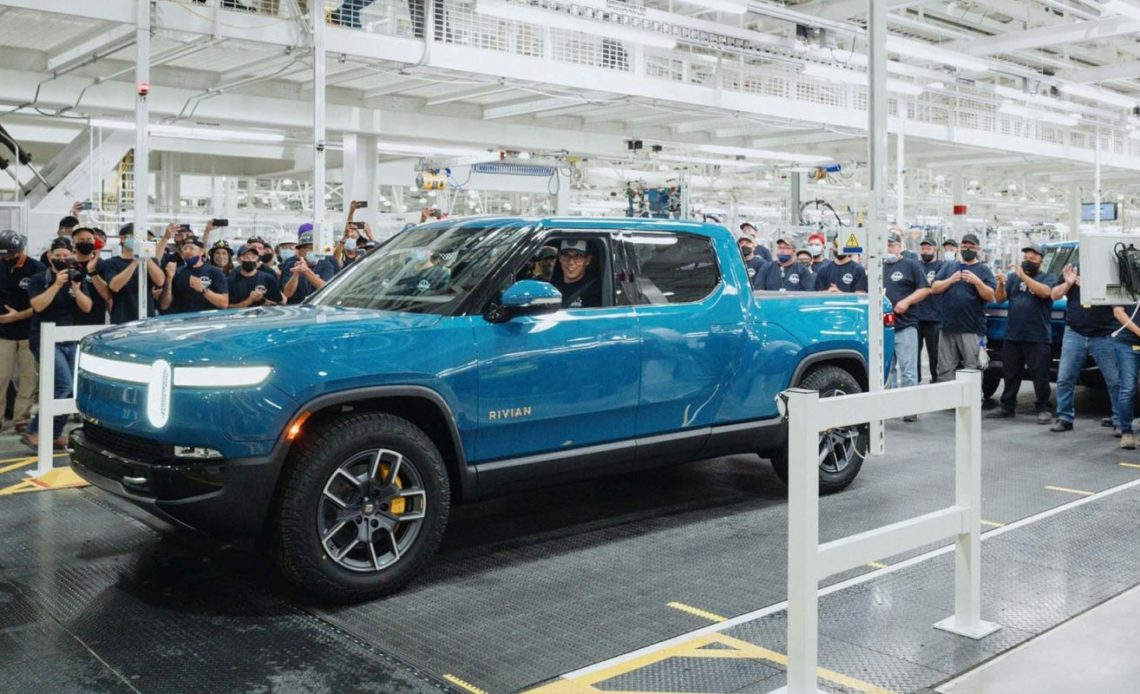 Rivian has issued its first recall on its first vehicle, the R1T electric pickup truck. A problem with the passenger seat airbag is affecting just over 500 trucks that need to be recalled.

Even though a small recall in comparison, recalls have often been the thing that breaks automotive startups.

As a startup ramping up production after its first R1T pickup truck deliveries last year, Rivian only has a couple of thousand vehicles on the road.

Now it has to bring back 502 of them due to a seat recall.

Rivian has found that some of its passenger seats have a defect that may not deactivate the airbag when detecting a child seat.

NHTSA considered it a “safety risk,” and therefore, it becomes an official recall:

Rivian said that the issue affects 502 R1T electric pickup trucks produced between the very start of production last year and until April 12, 2022:

Rivian is going to be bringing those vehicles back to its service centers to provide a seat replacement to customers.

The company’s seat supplier is going to cover the cost of the recall.

While this is a minor recall compared to many in terms of scale, and it is being covered by the supplier, it can still be an issue for the startup.

Recalls have often been the demise of new automotive startup. I am not saying that it is going to be the case here, but it’s certainly something to keep an eye on.

Therefore, 502 vehicles represent a significant portion of vehicles delivered. Furthermore, I wouldn’t be surprised if the seat issue with the supplier resulted in other delays in production for new vehicles.

While the numbers are still small since it’s early in Rivian’s ramp-up, it’s an issue when the company can’t deliver half of the vehicles it produced during the quarter. Even if it’s just due to the logistics of getting them to customers.

Rivian lost $1.5 billion last quarter and spent just over $500 million to deliver about $95 million worth of vehicles. A big part of that discrepancy is due to Rivian not delivering most of the vehicles it produced during the period.