Pecron E3000 review: A portable power station so massive it comes with a hand cart 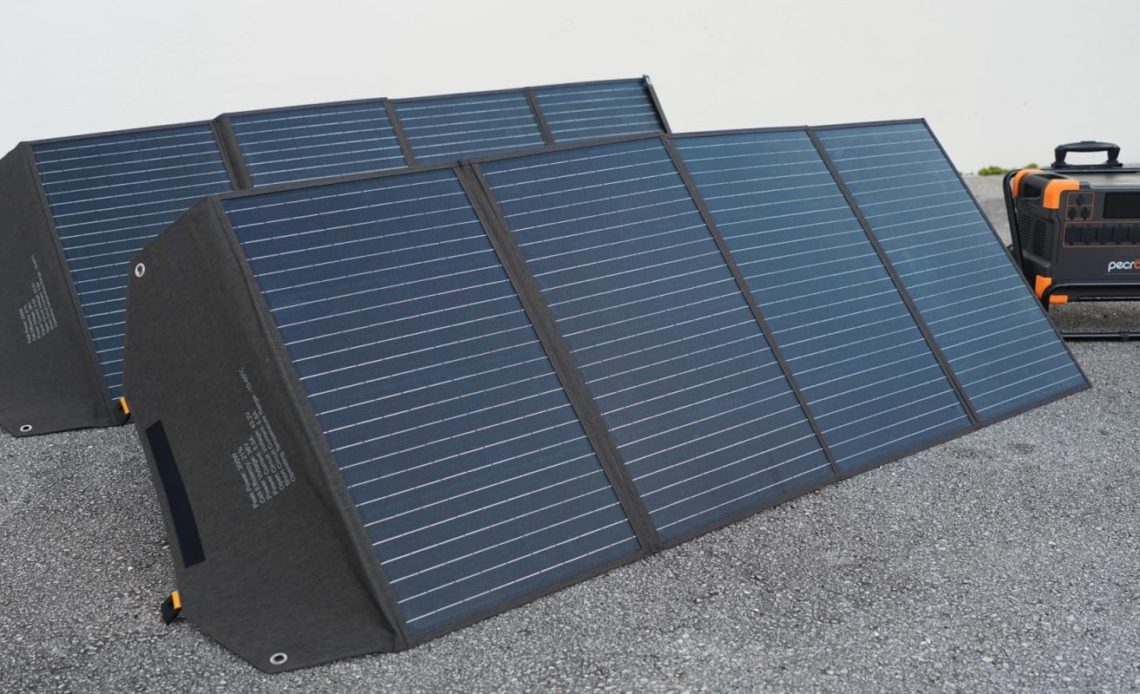 In fact, it’s got so much capacity stuffed into its body that it even comes with a hand truck to roll it around.

That might sound excessive, especially for a device that literally has the word “portable” in the name. But a 55 lb (25 kg) portable power station like the Pecron E3000 isn’t going to be a fun one to lug around by hand over a long distance. That’s where the trolley comes in to roll it around your garage, across the park, or to wherever you need power.

And with 3,108 Wh of capacity, there’s a lot of stored energy in this behemoth. That’s enough to power a small refrigerator for days, though adding the optional solar panels could keep that fridge running basically forever. Even a large capacity electric bike could get several complete charge cycles. You could cover hundreds of miles on an electric bike with the capacity in this thing!

And at a price of $2,199, you’re getting some seriously good bang for your buck when you consider the Wh/cost ratio of approximately 1.4Wh per dollar. Many big units hover at around 1.0Wh per dollar, so this is a major step up. If you are willing to shell out another $100 though, you get the Pecron E3000 with the trolley kit that includes a waterproof bag and a trolley with large wheels to make it easy to roll the unit around. The handle telescopes down when not in use, meaning the trolley barely makes the station any bigger.

But I’m getting ahead of myself here. Let’s start by checking out the power station. On the front of the Pecron E3000, you’ll find a series of rubber dust/splash covers hiding 15 different output power ports.

Those rubber covers aren’t going to make the unit waterproof, but they definitely give you a little more peace of mind during a light sprinkle or shower when you’re rushing to get your power station back under cover.

Under the six large rubber covers are a whopping six 120V AC outlets, which are going to come in quite handy on such a high-capacity unit as this one.

While you could always plug a power strip into a portable power station to run more AC devices at once, having more ports means lugging less gear like a power strip around. And with 3,108 Wh of capacity, you can run plenty of devices at the same time without draining the battery too quickly.

Perhaps don’t fire up a microwave at the same time that your washing machine is running, but reasonable combinations of modestly powerful appliances should be fine for the Pecron E3000.

Continuing on, the next rubber covers reveal six USB ports, including four USB-A ports and two USB-C ports. Those USB-C ports include an 18W and a 100W PD port. The latter offers as much power as the most powerful USB-C wall chargers on the market.

If for some reason you max out all six USB ports but still need to charge up your phone, you can always rely on the 15W wireless charger on the top of the unit.

Then you’ve also got 12V DC outlets, including a cigarette-style automotive outlet and a pair of 12V 5.5mm outlets.

That’s a lot of different outlets on one portable power station!

For inputs, there’s a 12V DC socket for the wall charger. There are also two 12/24/48V DC sockets for solar panels that can each handle up to 600W of charging power.

With 1,200W of input power, you could get the Pecron E3000 charged up in under two hours from solar power alone! That’s the kind of turnaround time you want in a disaster scenario!

I tested the unit with a pair of 200W solar panels from Pecron, meaning I had a maximum of 400W of solar charging power. That will still get the unit charged up in a day with good sun exposure.

The 200W panels are also conveniently small. They are four-segment folding panels, meaning they pack down small but open up into huge panels. The packed size is about 28″ x 18″ x 2″, and they even have a very slick-looking design when folded.

The MC4 connectors are fairly standard, and the Pecron E3000 power station itself includes adapters to plug into the DC connectors on the front of the unit.

The $449 price of the panels is a bit of a shock, but it’s hard to compare folding panels to rigid panels when it comes to price. These folding panels are always more expensive, and $449 is a serious chunk of change for 200W of solar charging power.

With a clear and readable screen, a ton of useful outlets, and two built-in handles that retain a flat surface on top, the Pecron E3000 is a killer power station for surviving without power for days on end. It’s rare to find this much capacity for this price, while still maintaining a nice build quality.

While the panels themselves are a bit pricey, you could always forgo them and get your own rigid panels for cheaper. When it comes to mobile power though, these are much smaller than any rigid 200W panel you can find.

The only real complaint I have is just how dang heavy the unit is, but that’s what happens when you hide a massive battery in a power station. You can’t have both long run time and light weight; you’ve got to pick one.

In this case, the wheels and trolley setup make up for the weight, meaning you can have tons of capacity and still keep it mobile. So all told, the Pecron E3000 definitely gets two thumbs-up from me!