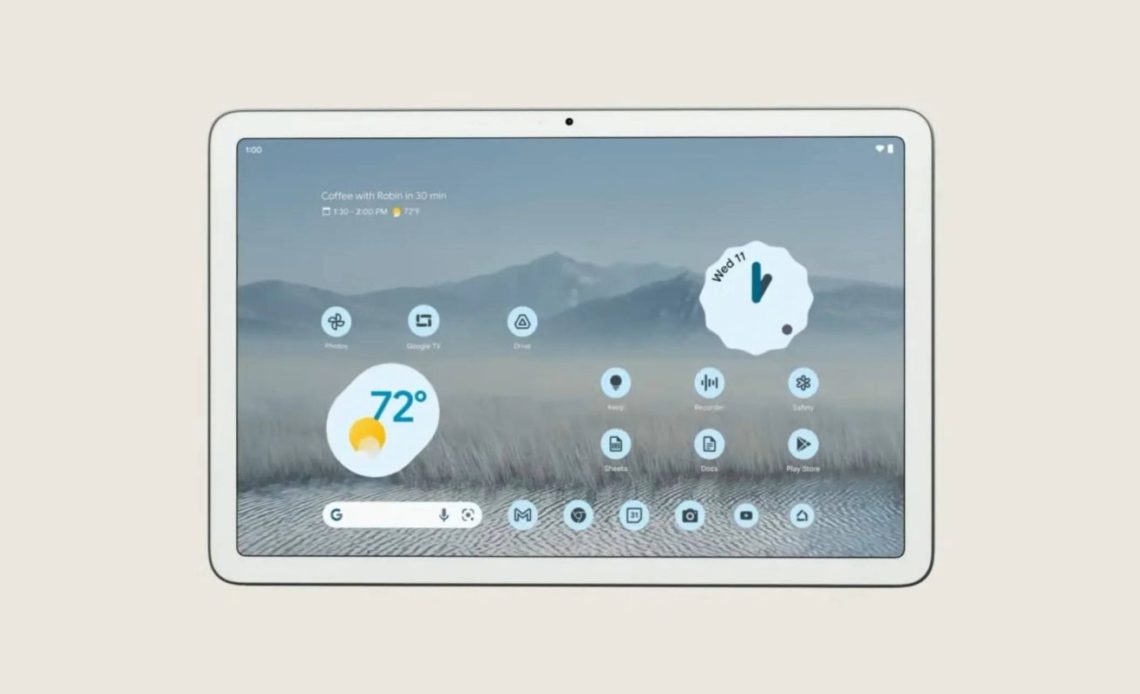 Google is set to finally launch its own Android tablet next year, and this week a fresh leak reveals more details about the Pixel tablet, including its display size.

Kuba Wojciechowski, who has had a few Pixel leaks in recent months, has since potentially revealed the size and at least a couple of storage options for Google’s upcoming Pixel tablet through 91Mobiles.

Evidence from shipping EVT (engineering validation test) units to India have revealed a few key specs about the Pixel tablet. Firstly, we can see at least two storage variants. There’s a 128GB model as well as a 256GB model. The tablet also appears to support Wi-Fi 6.

The Pixel tablet now being in its EVT phase is a good sign that it could arrive a little bit sooner than some expected, potentially before the Pixel 8 debuts next year.

Also mentioned on these listings is a 10.95-inch display for the Pixel tablet, which will almost certainly be rounded up to 11 inches in marketing. That display will support the USI stylus standard as was previously reported, and there’s confirmation of a USI 2.0 stylus from Google in these listings.

None of this is particularly surprising, of course. Eleven inches have become the go-to form factor for tablets in recent years, including Apple’s iPad Pro and Samsung’s Galaxy Tab S7 and Tab S8. 128GB and 256GB are also fairly standard storage options, and the use of Wi-Fi 6 makes sense given we know this device will be running on top of similar specs as the Pixel 6 series, including Google’s first-generation Tensor SoC. The Pixel tablet is also expected to use the same camera on the front and the back of the device.

As we reported earlier this month, Google also appears to be working on a second “Pro” tablet.