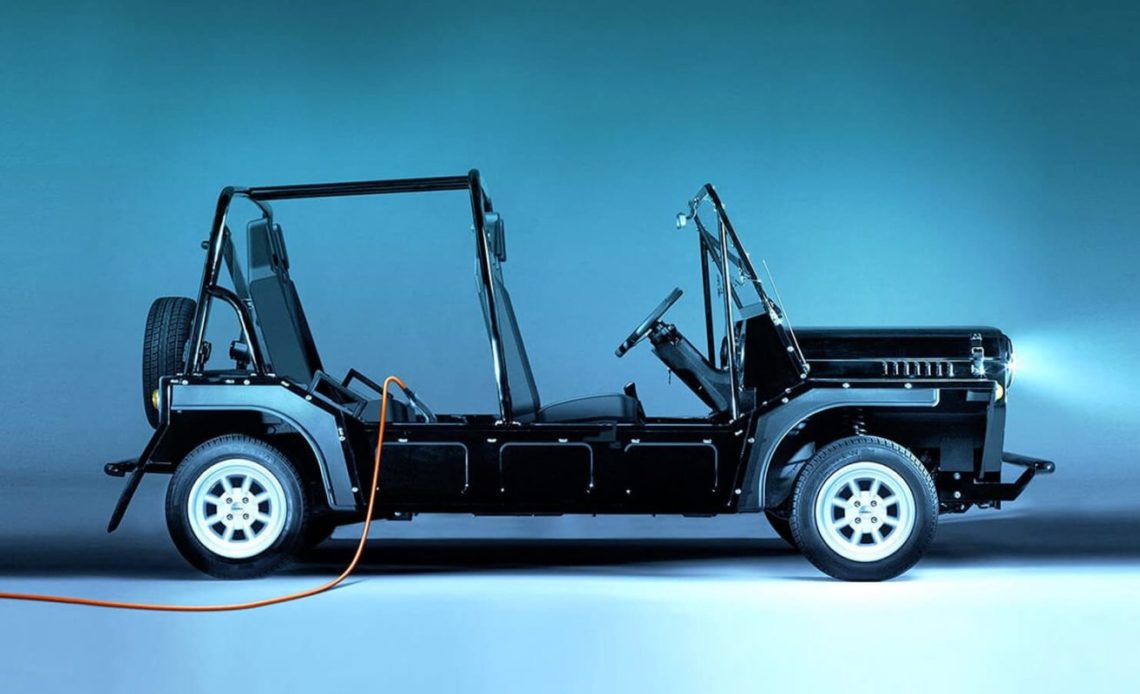 In a deal purported to be worth US $55.1 million, EV Technology Group has agreed to purchase an additional 50% of MOKE International, which will boost its stake to 67.6% of the company. The deal is intended to rapidly expand MOKE International’s reach, producing and delivering more of its iconic classic MOKE-inspired electric vehicles.

The terms of the deal maintain an option for EVT Group to acquire the remainder of MOKE International, pushing its ownership to 100%.

EVT Group is an electric vehicle company whose stated mission is to “bring iconic brands into the booming EV revolution.”

In this case, it targeted MOKE International, the trademark holder of the original MOKE name.

For those too young to remember (which includes me), MOKEs were Jeep-like British cars built in the 1960s. Around 50,000 of the vehicles were produced, eventually developing a cult following around the fun little open-top rides.

The vehicle design has been rehashed multiple times since, including by a handful of companies with varying degrees of claims to the MOKE trademark.

MOKE International recently decided to go all-electric with its MOKEs, ending production of gas-powered versions in favor of the cleaner and quieter alternative.

MOKE going electric secures the appeal of one of Britain’s best loved marques for many generations to come. MOKE’s marriage of fun, personality and open air thrills will only be enhanced through the performance and silent running of an electric powertrain. We are proud to write a new chapter in one of British automotive folklore’s best loved stories.

Going on sale this summer, the new electric MOKE has a long reservation list across the UK and France, two of the largest markets for the original MOKE.

The vehicle features a top speed of 80 km/h (50 mph) and a range of 120 km (75 miles). A four-hour recharge is possible from a Level 2 charger. The rear-wheel-drive vehicle is fitted with a 10.5 kW electric motor that offers a peak power rating of 33 kW.

The Launch Edition of the electric MOKE is priced at £34,980 (approximately US $41,920), making this British-built EV one of the more expensive options on the market.

The cars may be pricey, but there’s apparently an audience for them. And EVT Group wants to grow that audience even further.

The investment in MIL is extremely close to my heart. I first became interested in MOKE International when I tried to rent the vehicle in the South of France – I quickly discovered the joy of driving this vehicle in beautiful locales – but also the commercial opportunity given how high demand was for this iconic brand, relative to supply.

EV Technology Group’s mission is to revitalize iconic brands and rediscover the joy of motoring in an electric age. This applies brilliantly to MOKE International as it forms the perfect start to EV Technology Group’s strategy to acquire and brands that have a loyal following and substantial brand equity. I am looking forward to helping the business expand as it enters new markets, especially in the USA. MIL has a superb future and EV Technology Group has the capabilities to support it every step of the way.

MOKE International also claims on its website that it plans to begin shipping its electric MOKEs to the US in October of this year.

That US market expansion should prove interesting, especially since an outfit known as MOKE America already sells its own electric MOKEs for a still staggering yet somewhat easier to stomach US $21,975. That’s around half the price of the British-made version.

MOKE America claims to also produce its MOKEs locally, meaning the two companies could be setting the stage for a MOKE on MOKE showdown.

The US version from MOKE America is a different type of vehicle though, known locally as a Low-Speed Vehicle of LSV. These are 25 mph-limited vehicles that are technically not classified as cars. That allows them to pass a much less stringent set of regulations, yet are limited to slower speeds and smaller roads.

Would you pay twice as much for a MOKE that goes twice as fast? Let’s hear your thoughts in the comment section below.