Here are Google’s Pixel 7 and 7 Pro cases, with some tweaks from last year [Gallery] 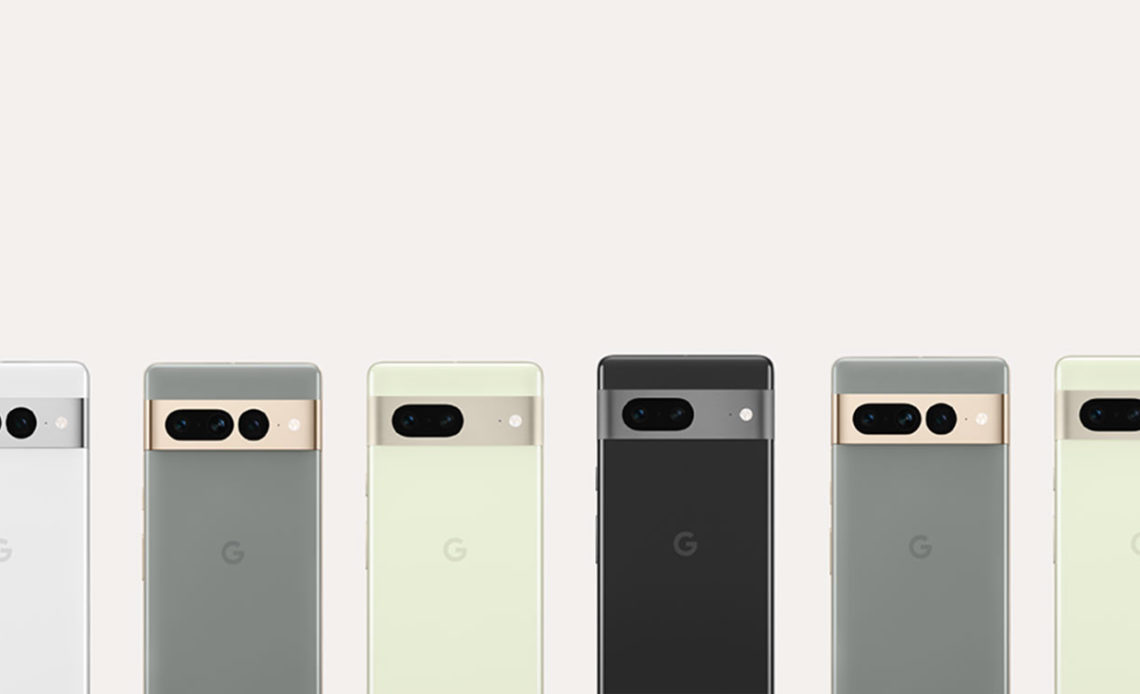 We’ve known since I/O 2022 in May what colors the Pixel 7 and 7 Pro will be available in, and now here’s a look at this year’s case design.

Our 9to5Toys team this afternoon spotted three cases for the Pixel 7 available in Lemongrass (yellow/green), Obsidian (black), and Chalk (light gray). Since the general shape of the 2022 flagship phones are the same — save for the camera bar arrangement — from last year, Google’s cases are mostly unchanged. Said bar and the edges/perimeter appear to be raised again.

However, there are two visible differences. These Pixel 7 and 7 Pro cases are no longer translucent and just a solid color, which will be a shame with the smaller 7’s Lemongrass and the 7 Pro’s Hazel.

Additionally, the power button and volume rocker is made of a solid material — either glossy plastic or shiny metal — rather than soft rubber. That should be easier and more satisfying to press.

The Lemongrass case has light gold buttons, while it’s color-matched on the other two. In general, Google looks to replicate the hue of the camera bar. Lastly, there’s again a reflective “G” logo on the rear.

Meanwhile, the Pixel 7 Pro cases are available in Hazel (dark green), as well as Obsidian and Chalk. We don’t expect case pricing to be too different from last year’s $29.

The solid color nature of these Pixel 7 cases should address the yellowing, but it remains to be seen whether Google again opted for a dual-layer design. We’ve more than seen the issues involved with that approach.