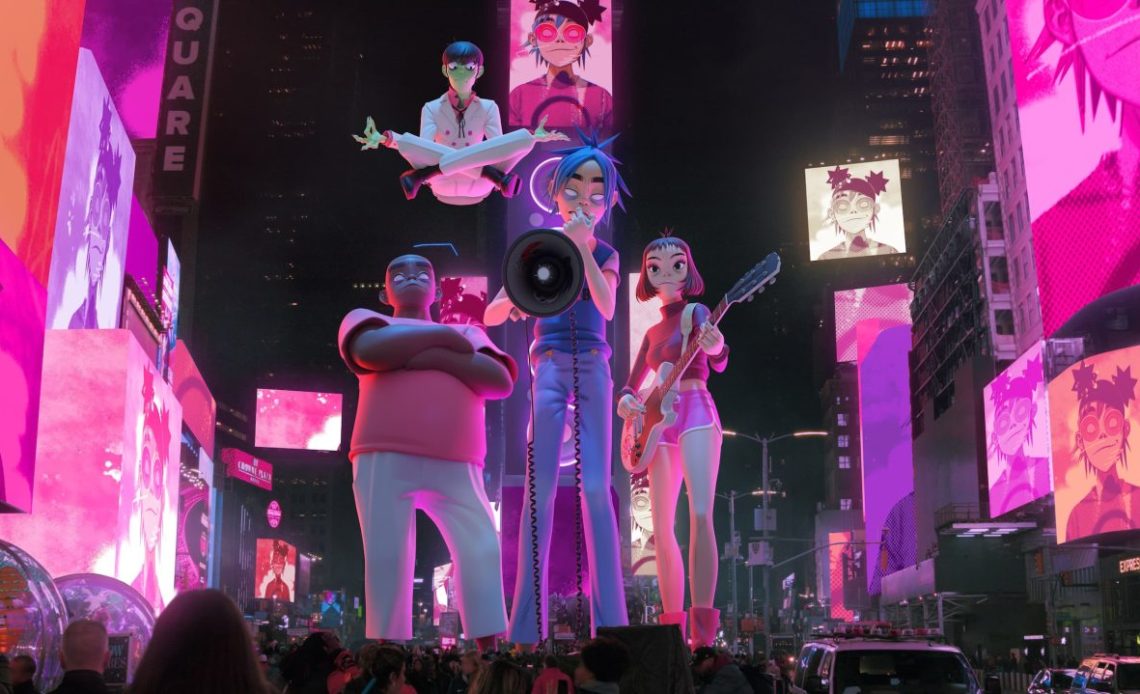 Later this week, Gorillaz will be performing a new song off their upcoming album in New York and London. This AR performance will be available through the “Gorillaz Presents” companion app and is powered by Google’s ARCore Geospatial API.

The ARCore Geospatial API was announced at I/O 2022 to make the global localization technology powering Google Maps Live View available to third-party apps. Developers can place virtual content in the real world without having to first scan the location/physical space themselves.

For end users, this results in a fast initial camera experience that pinpoints their position in the world. Navigation is a big use case of this technology. Examples include launching a camera view to pinpoint where to park a scooter, or getting directions to your seats in a stadium.

In the case of the band, the Geospatial API is being used for a “music video with a world-scale immersive performance that will allow fans to gather together to witness Gorillaz play in larger-than-life AR.” That being said, given the virtual nature of the band, Gorillaz isn’t actually performing live.

You will see the band’s four characters “tower over fans” as they play “Skinny Ape” in New York City’s Times Square at 2:30 p.m. ET on Saturday, December 17, and London’s Piccadilly Circus the next day at 2 p.m. GMT. They will interact — as placed by the Geospatial API — with the skylines and buildings of both cities, and you can watch it happen through your phone. Afterwards, you’ll be able to relieve the experience in these two locations for around six months.

Google says the AR experience will “transform public spaces with cultural experiences, bringing the world of Gorillaz to life like never before.”

The Gorillaz Presents app was created by Nexus Studios, which is known for real-time animation. It’s available on both Android and iOS today ahead of the performances. If you’re not in either of those cities, the app will let you play the AR experience.

As a bonus, Android users will receive exclusive imagery of the AR experience in the “Gorillaz Presents” app so they can relive the action anywhere.

The new Gorillaz album that features this new song is out on February 24, 2023.