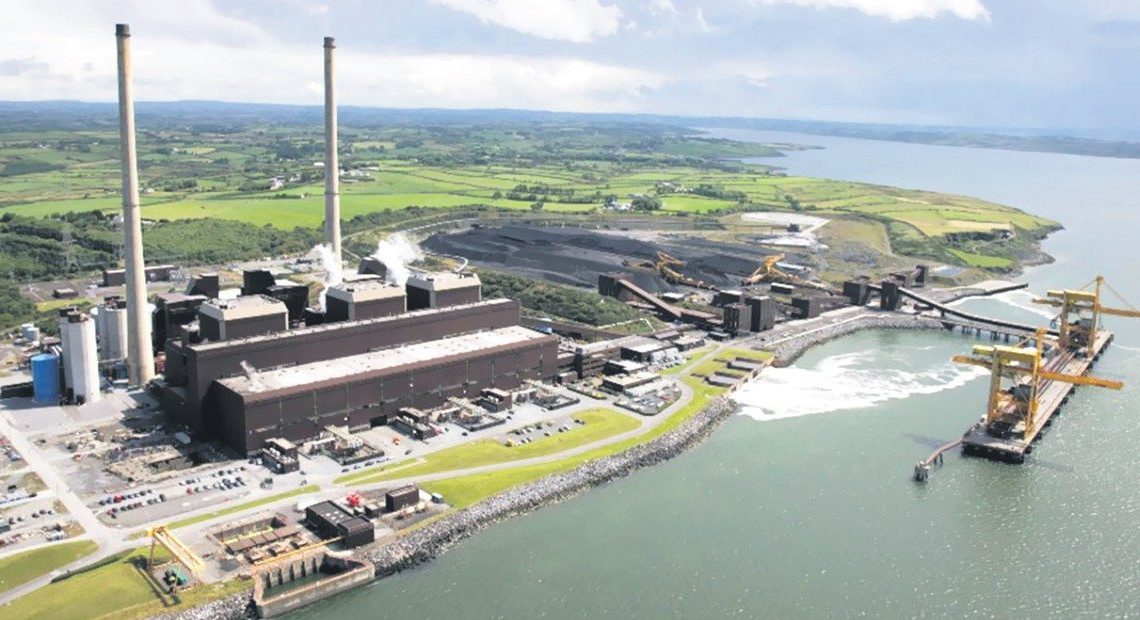 Irish utility the Electricity Supply Board (ESB) announced on Friday that it would turn Moneypoint coal power station in Clare, western Ireland – Ireland’s only coal-fired power station – into a multibillion-euro green energy hub. It will feature a 1.4-GW floating offshore wind farm built by Equinor off the Clare and Kerry coasts, the Atlantic Ocean’s first offshore wind farm. The Atlantic has the highest average wind speeds in Europe.

The wind farm would be wired into the green energy hub, called Green Atlantic @ Moneypoint. It will also feature a deepwater construction yard for the manufacturing and assembly of floating wind turbines; green hydrogen production, storage, and generation; and a giant power management station that will allow for more clean energy on the grid.

It is expected to be online within the next 10 years and will supply power to more than more than 1.6 million Irish homes, according to ESB.

The project is expected to create hundreds of jobs. The Irish Times notes:

With Ireland importing 80% of its energy (oil, coal, and gas), this multibillion investment “turns this figure on its head,” according to ESB chief executive Pat O’Doherty, while allowing Ireland to become a net exporter of renewable energy.

The project is in line with Ireland’s goal to reach net zero by 2050.

French lawmakers voted on Saturday to ban domestic flights that can be covered by train in under 2.5 hours. The goal is to lower carbon emissions by 40% in 2030 from 1990 levels. France already has high-speed rail in place, and is continuing to construct new lines.

The French government provided $4.7 billion in support to Air France KLM last week on top of $12.3 billion in government aid it received last year, so it expects not only Air France but all airlines to comply with the effort to reduce emissions.

According to Air Journal, the 2.5-hour threshold would eliminate only five domestic routes: Paris-Bordeaux, Paris-Lyon, Paris-Nantes, Paris-Rennes, and Lyon-Marseille – “representing a total of 12% of passenger traffic (approximately 2.7 million passengers) and 3.5% of CO2 emissions from air travel in France.”

We know that aviation is a contributor of carbon dioxide and that because of climate change we must reduce emissions.

Equally, we must support our companies and not let them fall by the wayside.