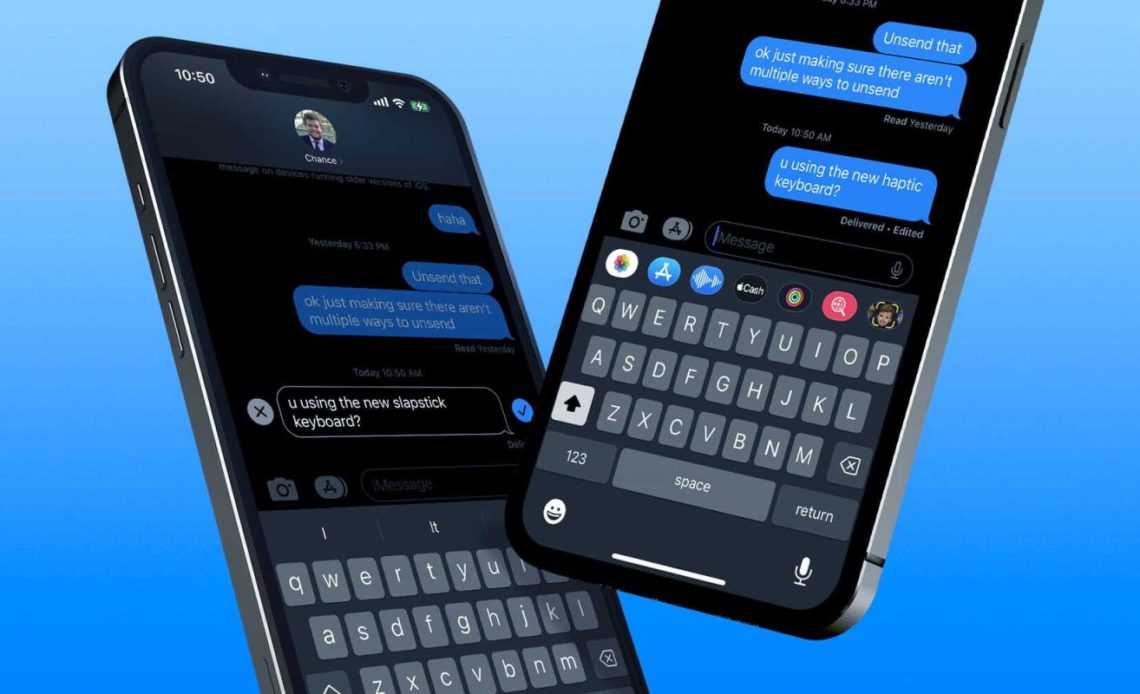 The Messages app gets some slick upgrades with iOS 16. One of the headlining features is the ability to edit iMessages on iPhone after sending them. Read on for a hands-on look at how the feature works as well as its limitations.

Apple’s Messages app has received a number of new features with iOS 16. Three major ones are the option to edit iMessages, completely unsend iMessages, and mark text messages as unread.

Below we’ll cover how it works to edit iMessages on iPhone. We’ve also got a dedicated guide on how the unsend iMessage feature works:

Edit iMessages: How the iPhone feature works in iOS 16

Here’s how the Edit iMessage feature looks in iOS 16:

After tapping edit, tap the text and make your changes, when done, tap the blue checkmark on the right-hand side.

After you use the edit iMessage feature, you’ll see the text marked with “Edited” next to the read receipt.

Interestingly, when using the unsend iMessage feature in iOS 16, Apple gives a warning that people on older iOS versions will still see the message.

While there’s no similar warning for using the edit feature, the same applies. If you make an edit on a text you sent to someone who is on iOS 15 or earlier, they won’t see the edit, just the original message.

The other limitation as noted above is that you can only edit iMessages up to 15 minutes after sending. However, you can edit a message multiple times if needed.