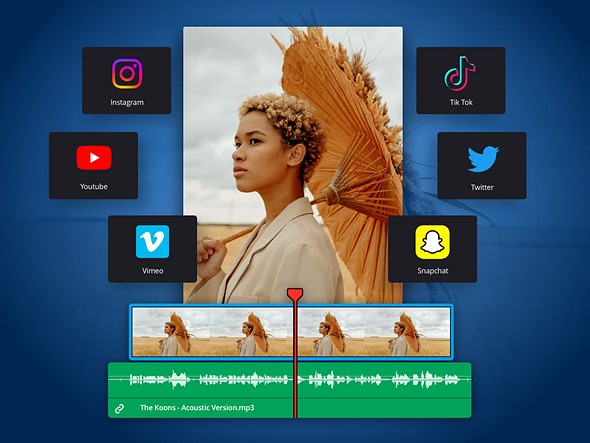 DaVinci Resolve 18.1 includes a new timeline locking operation for collaborators. When you lock individual timelines within bins, it prevents two users from selecting the same timeline by locking it to the first user without locking the whole timeline bin. Multiple editors can work on different timelines within the same bin simultaneously.

DaVinci Resolve 18.1 includes many sophisticated audio editing tools. The new version adds AI-based voice isolation track FX so users can easily remove loud, undesirable sounds from voice recordings. When you add DaVinci Neural Engine enabled voice isolation to the cut, edit and Fairlight pages, it’s possible to isolate dialog from background sounds in a recording. This can eliminate unwanted noise like aircraft and explosions, leaving only the voice. This is ideal for interviews and dialogue recordings in noisy environments.

There’s also new vector keyframing of Fairlight audio automation curves. This tool allows users to graphically enter, edit, trim and nudge keyframes with standard tools. There’s also a new automation editing view for faster and simpler management of curves and keyframes. The new version includes Fairlight grid support so that users can position clips on a grid based on timecode or musical tempo.

For Fusion users, there’s added support for magic masks in the Fusion page. The magic mask palette within Resolve uses the DaVinci Neural Engine to detect animals, vehicles, people and objects, tracking the subject’s movement throughout the frame. Users can now produce clean traveling mattes directly on the Fusion page. Customers can now search for common keywords and categories for more than 200 tools. Using smart search, users can find the tool they’re looking for even if they don’t know its exact name.