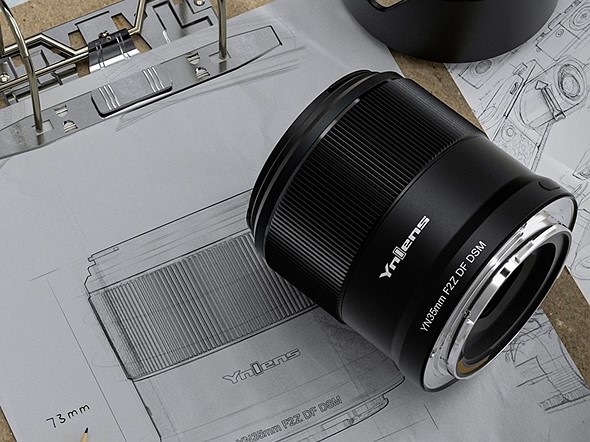 The autofocus lens is constructed of nine elements in eight groups, including two high-refractive index elements, one extra-low dispersion element and one aspherical element. It uses a seven-blade aperture diaphragm, has an F2 through F16 aperture range, has a minimum focusing distance of .35m (13.8″) and uses a 52m front filter thread.

The autofocus system uses a digital stepping motor (DSM) and has an AF/MF toggle on the side of the barrel for switching between auto and manual focus as needed. It also has an integrated USB-C port for updating firmware and custom function button on the barrel that can be programmed on compatible Z-mount cameras.

The focus ring can also double as a control ring, should you want to use it to adjust aperture, ISO, exposure compensation, etc. The lens is constructed of an aluminum allow and measures 68mm (2.7″) in diameter by 73mm (2.9″) and weighs 290g (10.2oz). It also has a rubber seal on the rear mount for added weather protection.

The lens is currently listed as available only within China, where it costs roughly $250. We have contacted Yongnuo for additional information on when we can expect to see it available outside of China. Should it expand outside the Chinese market, you should be able to find it on Yongnuo’s Amazon shop.