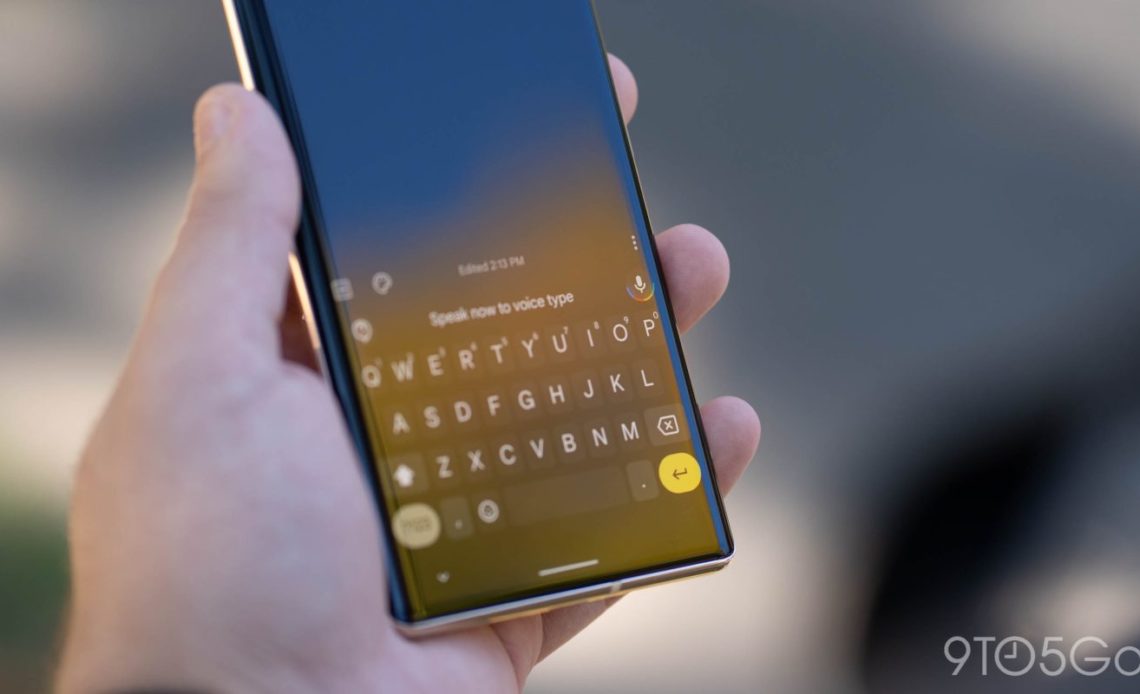 Voice-to-text might not be the first feature you think of on your smartphone, but it’s one that can really enhance how useful your device really is. With its Pixel 6 last year, Google debuted a new speech-to-text experience that blew away everything before it, and now, it’s time for that experience to come to other Android phones.

In 2021, Google released a new version of voice-to-text on Android that was exclusive to its Pixel 6 and Pixel 6 Pro, and is also now available on the Pixel 6a. This new system is powered by the same language model that makes the “new Google Assistant” possible, and put simply, it works.

In our review of the Pixel 6 Pro, I said:

…but the thing I’ve really found myself loving is the new voice typing in Gboard that’s powered by Assistant. It’s incredibly fast and accurate, and the automatic punctuation is really the killer feature. I’ve never felt so confident using voice-to-text while walking or in the car (which we should all keep to an absolute minimum regardless). You can even make edits to what’s been dictated without the voice option being turned off.

Nearing a year later, that’s an experience I’ve truly missed every time I’ve been on a non-Pixel device.

Lately, I’ve been feeling that most on the Galaxy Z Fold 4. It’s a device I love for its unique and incredibly useful hardware, and the collection of improvements that make me happy to call it my daily driver.

But what’s remained infuriating almost daily on that device is voice-to-text. The experience of using voice-to-text with Gboard on the Galaxy Z Fold 4 is the same one you’ll find on every other Android phone. Google powers it, and it works reasonably well, but it just doesn’t hold a candle to what’s happening on the Pixel 6 series. Constantly I find myself sending messages that are riddled with typos or incorrect words, which has resulted in some truly hilarious Slack messages to the rest of the 9to5Google team.

Most recently, the worst offender was in trying to send a tweet. From my Fold 4, I’d captured a shot of the moon using the phone’s 30x “Space Zoom,” and I was reasonably impressed by it! In sending that in a tweet, Gboard’s transcription couldn’t even get the phone’s name right, instead saying that the “full for” can take a decent moon shot.

These are errors I rarely, if ever, saw on Pixel. There are plenty of things I miss from Pixels when on a Samsung device, but this one might be the most infuriating.

The real kicker, though, is with punctuation. I’d forgotten just how annoying it is to have to verbally yell out for my phone to include a comma, or a period, or any other form of punctuation when, back on Pixel, it was completely automatic. And even better than that, it was accurate with the punctuation, too!

Of course, this is something that, if anything, just gives the Pixel 6 and future Google phones a stronger selling point compared to other Android phones. But at the same time, it’s no longer something that only the Pixel is getting right.

Back in 2020, a video comparing the Pixel’s voice dictation, which is what other Android phones currently have, to what the iPhone was capable of. And it was beyond clear that Google’s experience on Android was faster and more accurate than Apple’s.

But this week, iOS 16 is rolling out to millions of iPhones new and old, and with it, much better voice-to-text support. As Derek Wise took a look at over on 9to5Mac not long ago, Apple’s latest iteration of voice-to-text on iPhone comes pretty close to mirroring the experience Google has on its Pixel phones, which means it’s going to be well ahead of where most other Android phones are today.

With that in mind, it seems very much in Google’s best interest to give up a Pixel exclusive to, in turn, bolster the entire Android ecosystem against Apple’s advancements.

Is there any hardware limitation to Google bringing this experience to other phones?

Realistically, probably not. Google Tensor did, at the time, offer more strength when it came to AI processing compared to other flagship-tier chipsets, but that’s a gap that new releases from Qualcomm and MediaTek have largely closed. Plus, the experience that debuted on Pixel 6 first also had shown up on Pixel 5 and other older Pixels for a brief time. It’s not supported now, but it was at one point.

Beyond expanding to more phones, it’s equally important that Google expands the Pixel 6’s voice-to-text to more languages, too. Right now, the experience is only available in English, German, and Japanese. That’s a great start, but it doesn’t even cover the limited number of countries where Google sells Pixels, nonetheless the many regions where people are buying other Android phones.