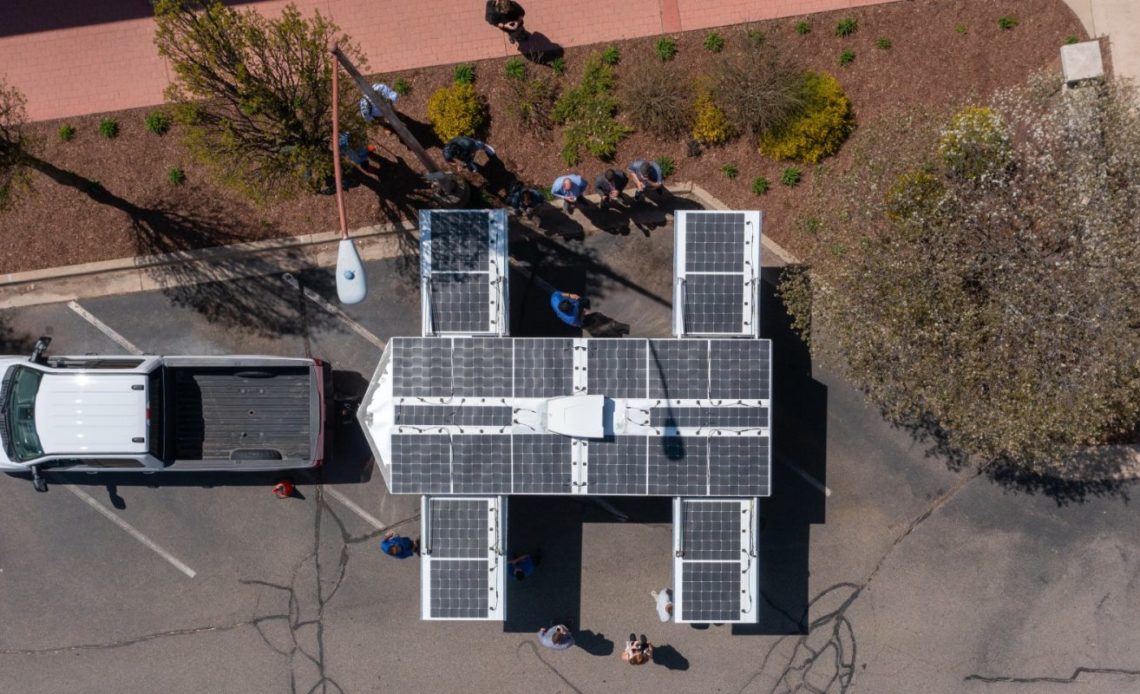 Jackson, Michigan-based Sesame Solar is today unveiling what it claims is the world’s first fully renewable mobile nanogrid – that’s a small microgrid – that runs on solar and green hydrogen.

The nanogrid’s solar array is electronically unfolded, and it’s ready to start generating power within 15 minutes. The company claims it can be set up by a single person.

Depending on the model, as the nanogrid is modular and customizable, Sesame Solar’s turnkey nanogrids can produce between 3 and 20 kW of solar power, with total battery storage of 15 to 150 kWh. It’s designed to meet peak and average use and provide uninterrupted sustainable power. The company says the nanogrids are shipped within 45 days after the order is placed and claims they’re good for 20 years. The average cost is around $150,000.

The nanogrids range in length from 10 to 40 feet and can be moved by just about anything, from forklift to cargo plane to helicopter, making them great for emergency response.

The nanogrid features a level 2 charger that can provide up to 250 miles of range per day to the truck. It can also charge electric bikes and scooters.

Sesame Solar explains how the green hydrogen system works on its website:

The company says the ideal use cases for its nanogrid include medical response, emergency response, electric vehicle charging, and powering water purification within power outage situations.

Sesame Solar CEO Lauren Flanagan, an early SaaS pioneer who worked with Steve Jobs at NeXT as a software developer, said:

Our nanogrids are changing the trajectory of the effects of climate change while providing communities in distress with the power they need to access critical resources.

While we can’t stop hurricanes or wildfires from happening, we can create solutions that help communities recover efficiently without causing further damage to the environment.

Nanogrids like these are going to become increasingly needed in the face of weather disasters. What do you think about Sesame Solar’s nanogrid? Let us know in the comments below.

Read more: Here’s why EV charging infrastructure is an opportunity for utilities – and how sticking with fossil fuels could make them obsolete