From iOS 16 and watchOS 9 to macOS Ventura, which Apple software update are you most excited to try? 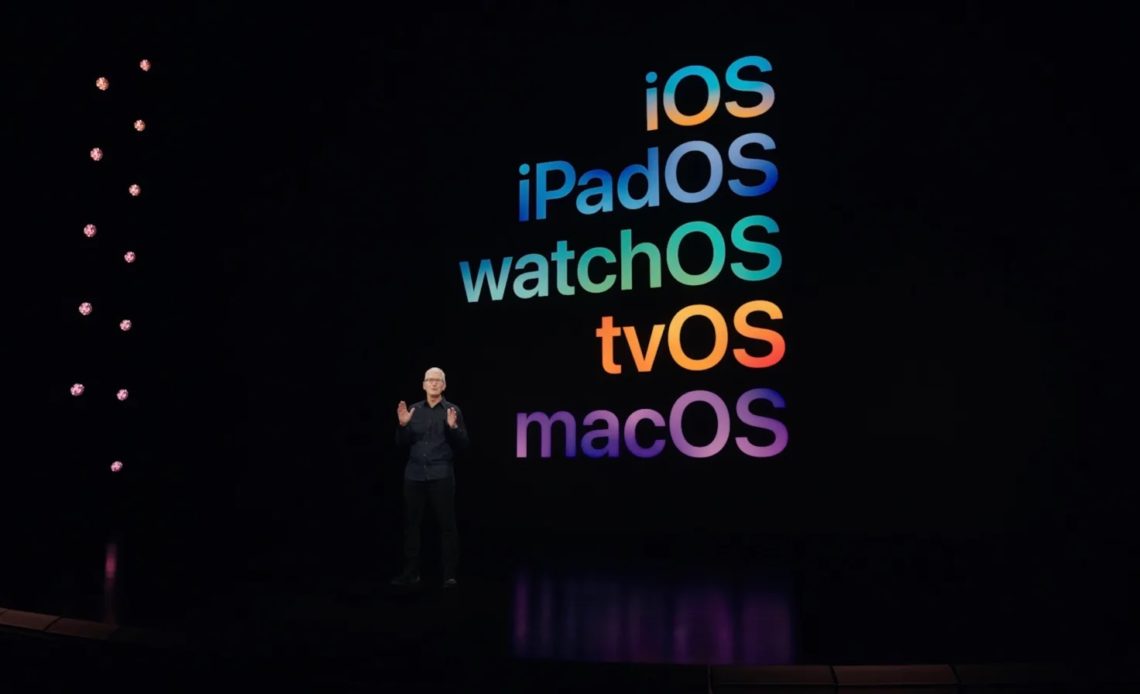 Last week, Apple previewed during the WWDC 2022 keynote its 2022 software updates: iOS 16, iPadOS 16, watchOS 9, macOS 13 Ventura, and tvOS 16. All of these operating system updates will be available a few months from now. Which of them are you most excited to try?

From Apple’s 2022 software updates, iOS 16 is probably the operating system people are most excited to try out. With a revamped Lock Screen, this software update will also bring more capabilities to Messages, Photos, and more.

For example, Apple is readying the ability to edit, unsend, and even mark a message as unread with Messages on iOS 16. Another great feature is Live Text in videos. With it, the text is completely interactive in paused video frames, so you can use functions like copy and paste, lookup, and translate.

In addition, Focus Mode is getting even more integrated with the iPhone. With Focus filters, you can set Apple apps like Calendar, Mail, Messages, and Safari to draw boundaries for each Focus you enable. In addition, you can have a Focus turn on automatically at a set time or location, or while using a certain app, which is more useful than just a particular time.

For iPadOS 16, although Apple is also adding a lot of the same features, the main focus here is the Stage Manager function. With it, you can fast access windows and apps, and resize them. Proper support for an external monitor is also available with this year’s software update.

The problem here is that most of the coolest features arriving with iPadOS 16 are meant exclusively for M1 iPad owners. That said, most users will be able to enjoy a brand new Weather app, which was one of the most asked features these past years. Who knows a Calculator app is coming in 2023?

Personally, I think watchOS 9 will be the greatest software update this year. With a revamped Workout app, Apple is focusing more than ever on fitness and well-being. With runners and athletes in mind, the company adds more data to the workouts while supporting multiple sports at once.

Apple is also improving the Sleep app by bringing important information about your sleep, while also adding a new Medications app, long-missed from the Health app. This operating system also improves old Watch Faces while bringing new ones.

For Mac users, there’s also a lot to be happy about. Apple just finished the transition from Intel to its own silicon, which means macOS Ventura is the first software update for the Mac to focus mainly on these new processors.

The keyword for macOS Ventura is continuity. Apple wants to make people’s life easier when switching between the iPhone, iPad, and Mac. You can now switch FaceTime calls between devices, use your iPhone as the Mac webcam, or use the same Stage Manager feature available on the iPad.

Last but not least, there’s tvOS 16 software update. Apple didn’t talk at all about it, but 9to5Mac was able to discover a few things being available later this fall.

For example, Nintendo Switch controllers will now be compatible with the operating system. HDR10+ support will also be available, as well as a video-forward featuring on the Apple TV+ tab.

These are the software updates coming later this fall for the iPhone, iPad, Apple Watch, Mac, and Apple TV. Which are you most excited to try? Vote in the poll and share your thoughts in the comment section below.