Canon and Nikon announcements show that, in time, iPhones will replace DSLRs 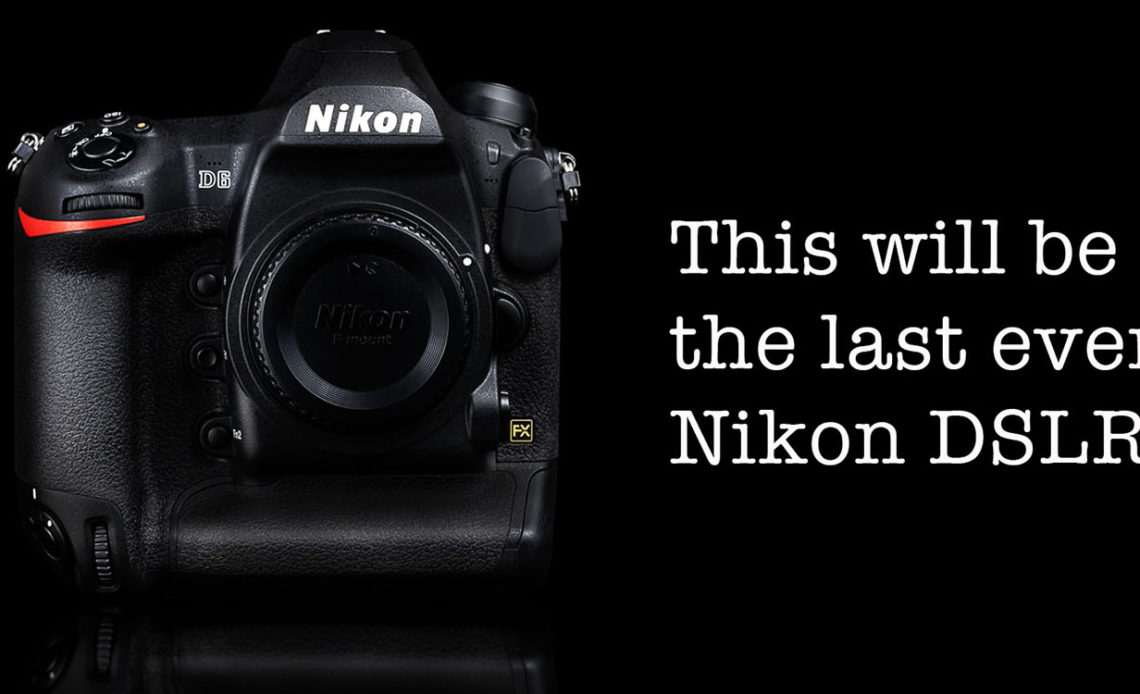 I know, the idea that iPhones will replace DSLRs seems pretty crazy today. But already a little less crazy than yesterday, and that’s because Nikon has joined Canon in abandoning work on future DSLRs (digital single-lens reflex cameras).

Canon announced in December that the 1DX Mk III would be its last pro body. (It says that it is, for now, continuing to develop consumer DSLRs, but nobody expects that to last for long.) And today, Nikon is reportedly ceasing development work on DSLRs altogether …

The D6 is to be Nikon’s last pro digital single-lens reflex model, and the D3500 its last consumer model. The news is reported by Nikkei Asia.

Japanese camera maker Nikon will withdraw from the single-lens reflex camera business and shift toward digital offerings amid intensifying competition from smartphone cameras, Nikkei has learned […]

It now plans to focus resources on mirrorless cameras, which have become mainstream products on the back of more advanced digital technologies.

The rise and fall of SLRs

It’s the end of an era for professional photography. Single-lens reflex (SLR) cameras were the first design to give photographers a true view of the photo they were taking. They work by using two 45-degree angled mirrors to effectively create a periscope, letting the photographer look through the lens. When the shutter button is pressed, the main mirror lifts out of the way to allow the light to reach the film.

Digital SLRs (DSLRs) adopted the same design, simply replacing the film compartment with a digital sensor. Crucially, existing lenses and accessories could be used, providing photographers with an affordable path from film to digital – their biggest investment was in glass rather than camera bodies.

Nikon and Canon were the two major players. Nikon made its first SLR in 1959 – the venerable Nikon F – and its first pro DLSR in 1999, in the form of the D1. The single-digit D-series professional bodies progressed as far as the current D6, which launched just over two years ago, and that will now be the last.

The main advantage of the SLR design, letting photographers see through the lens, was effectively ended with the advent of digital viewfinders and screens. While old-school photographers still generally prefer optical viewfinders, most new-generation ones were happy to lose the weight and bulk involved in the mechanism.

The rise of mirrorless cameras

Mirrorless cameras used to be the poor man’s DSLR, offering smaller sensors and lower-quality interchangeable lenses. However, over time manufacturers came to realize that there was a market for mirrorless cameras and lenses that offered similar quality to DSLRs, in a more compact form.

Travel and wedding photographers were among the first to see the benefits of a more compact, lighter-weight kit, and Nikon and Canon finally started pitching mirrorless cameras as a serious alternative to DSLRs.

Nikon’s first move into the mirrorless camera market came in 2011, with the Nikon 1. But it was only with the 2018 launch of the Nikon Z 7 – and a range of matching lenses – that it offered a camera that could seriously compete on image quality and usability with DSLRs.

Another key factor has been the growing importance of video. While pro DLSRs considered themselves above such gimmicks, mirrorless camera makers quickly realized that video was becoming as important as still photography. Indeed, for many, video was their sole or prime need for a mirrorless camera.

Smartphones have, of course, become the most popular cameras in the world. While nobody is yet using a smartphone as a substitute for a DSLR, the increase in quality and capability over the years has been dramatic. The iPhone has long had one of the best smartphone cameras on the market, though it has more recently come up against tougher competition as manufacturers recognize the growing importance of camera quality.

What we’ve seen, then, is a laddering effect:

So, indirectly, smartphones have already begun to replace DSLRs. For my own part, I switched from Nikon DSLRs (the D3 being my last one) to mirrorless (Sony a6300/a6400/a7S). The iPhone 11 had me switch from mirrorless to smartphone for social photography, and I subsequently did so for travel photography too. I’m far from alone in that journey.

Of course, there are still those who will stick with DSLRs as long as possible. I imagine many Nikon fans with older bodies will buy the D6 while they can, and then stick with it for as long as possible. Similarly, we’re nowhere near the point at which smartphones can replace mirrorless cameras for professional use (gimmicks aside).

The iPhone’s Portrait mode is halfway decent, but still nowhere close to replacing optical depth of field for pro use. The Cinematic mode is incredibly crude.

But that will change in time. Computational photograph may be crude today, but it’s going to improve with every generation – and it’s already clear that it’s the future.

There will come a time when an iPhone and flagship Android smartphone can deliver the same results as a mirrorless camera today – by which time, DSLRs will be discontinued products.

Of course, there will always be DSLR purists – just as there are those who still shoot with film and listen to vinyl. But the mass market, including pros, has already begun a journey in which, eventually, iPhones will replace DSLRs.

The transition won’t be overnight, and it won’t direct, but we’re already on that path – and today’s news is one big step on that journey.