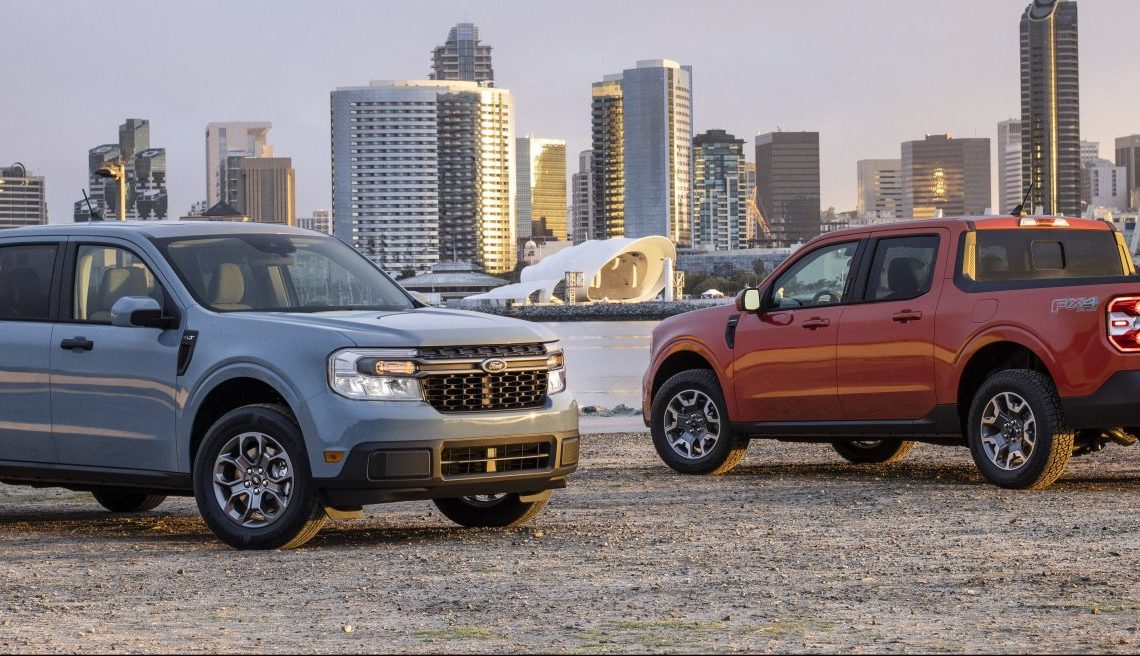 Ford has filed for trademarks for electric versions of its smaller Maverick and Ranger pickup trucks, but it’s not clear what they will be called.

When Ford launched the F-150 Lightning, an all-electric version of its best-selling pickup truck, the Blue Oval company made it clear that it wasn’t stopping there.

With the F-150 Lightning in production and Ford ramping up deliveries, we are now seeing the first indications that the automaker is indeed expanding its electric pickup truck lineup.

Ford has now filed for trademarks for electric versions of both its Maverick and Ranger pickup trucks.

Interestingly, the automaker has filed different trademarks in Europe and the US.

In Europe, Ford has filed to trademark the names “Maverick Lightning” and “Ranger Lightning” with the European Union Trademark Office:

The name obviously matches the electric version of the F-150, but Ford also specified electric vehicles in the category chosen for the trademark:

Now in the US, Ford also recently filed trademarks for electric versions of the Maverick and Ranger, but it is calling them “Maverick Thunder” and “Ranger Thunder”:

Again, Ford chose the category that specifies both pickup trucks and electric vehicles for those trademarks.

Ford currently sells gasoline-powered Maverick and Ranger pickup trucks, which are significantly smaller than the F-150, including the F-150 Lightning:

The Maverick is the smallest and more recent pickup truck from Ford.

As for the Ranger, it used to be a compact pickup truck, but it went on a hiatus between 2012 and 2019 before Ford relaunched the nameplate as a mid-size pickup.

It is often recognized as Ford’s international pickup since it is often the only consumer pickup truck Ford offers in markets outside North America.

Whether it is called the Thunder or Lightning, or both, this is great news for electrification, especially in the US where pickup trucks are so popular, and therefore more electric pickup models are needed to accelerate EV adoption.

The electric versions of those smaller pickup trucks should also come at a lower price than the F-150 Lightning, which should prove really interesting.

With how fast Ford is moving into electrification these days, I wouldn’t be surprised if we see official announcements and unveiling of those trucks relatively soon.