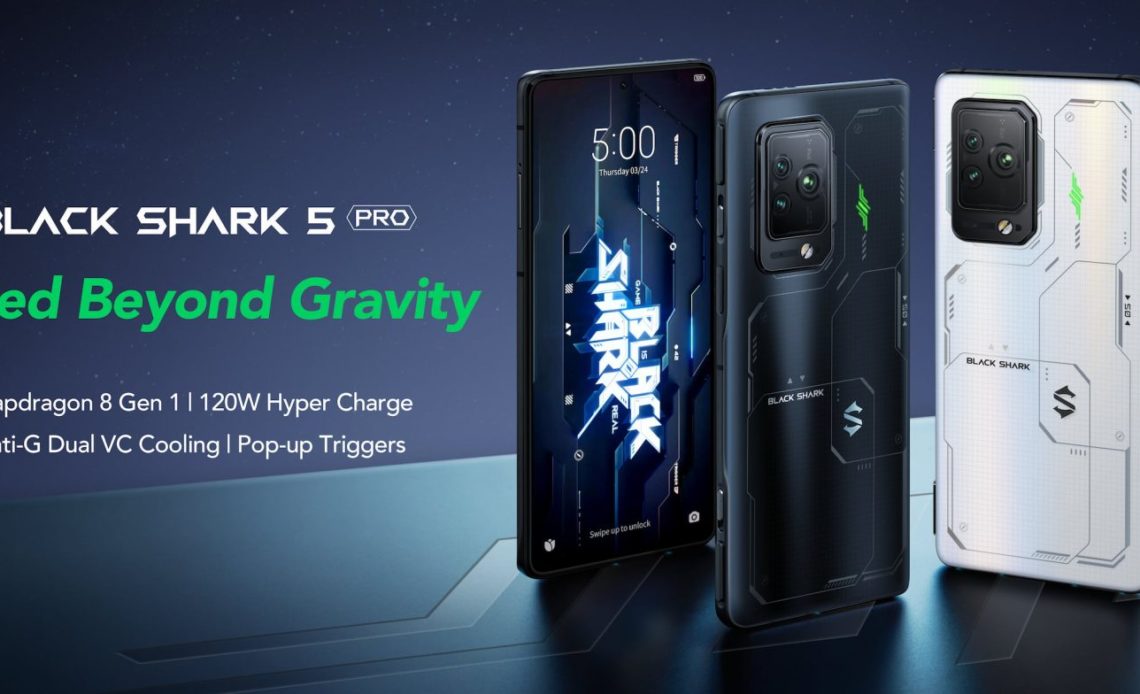 Whether you’re gaming on PC or from your mobile, every little boost to frame rate can make the difference in your reaction time, and that demands high-performance hardware. The new Black Shark 5 Pro is with gamer-ready specs to give you an advantage in your next battle.

In recent years, high frame rate phones have become more common and therefore more necessary to staying competitive in your favorite games, but just having a faster display is pointless if you don’t have the specs to back it up. Xiaomi knows this all too well and has beefed up the Black Shark 5 Pro with a Snapdragon 8 Gen 1, up to 16GB of high-speed LPDDR5 memory, and as much as 256GB of UFS 3.1 storage.

All of these high-end specs serve to help push your favorite games to run at a high frame rate to match the Black Shark 5 Pro’s 144Hz AMOLED display. And to keep things feeling even more responsive, the gaming phone features a 720Hz touch sampling rate to ensure your actions are seen and felt immediately. The Black Shark 5 Pro touch screen is also equipped with dual zone pressure sensitivity, enabling 3D touch actions in some games.

Along the side edge of the phone, there are two handy pop-up triggers, designed to give gamers a more tactile experience. These triggers are designed to feel crisp and responsive. And when you’re not playing games, you can also use these triggers to activate useful shortcuts to your favorite apps.

Of course, all the best gaming specs in the world won’t matter if your phone battery can’t last. For that, the is equipped with a long-lasting 4650mAh battery. Better yet, with its dual-cell design and 120W charging capability — a 120W charger and cable are included in the box! — you can get back to a full charge in as little as 15 minutes.

With this latest release, Black Shark has once again topped DXOmark’s audio performance chart, with the Pro 5 scoring an 86. This is thanks to the excellent speakers tuned by audio engineers and the phone’s support for hi-res audio. Whether you’re listening for enemy footsteps or just catching up on your favorite TV shows, you’ll be able to hear everything in fine detail and impressive bass. The four built-in microphones will also help keep your voice chat crisp and clear.

Of course, even with all of the focus on gaming specs, you’ll still want to use your phone for normal daily things like taking photos. To that end, the Black Shark 5 Pro is equipped with three rear cameras, including a 108MP main, a 120° wide angle lens, and a telephoto. The phone’s core experience is powered by JoyUI 13 — based on MIUI — which is enhanced with Shark Space for quick access to gaming optimizations.