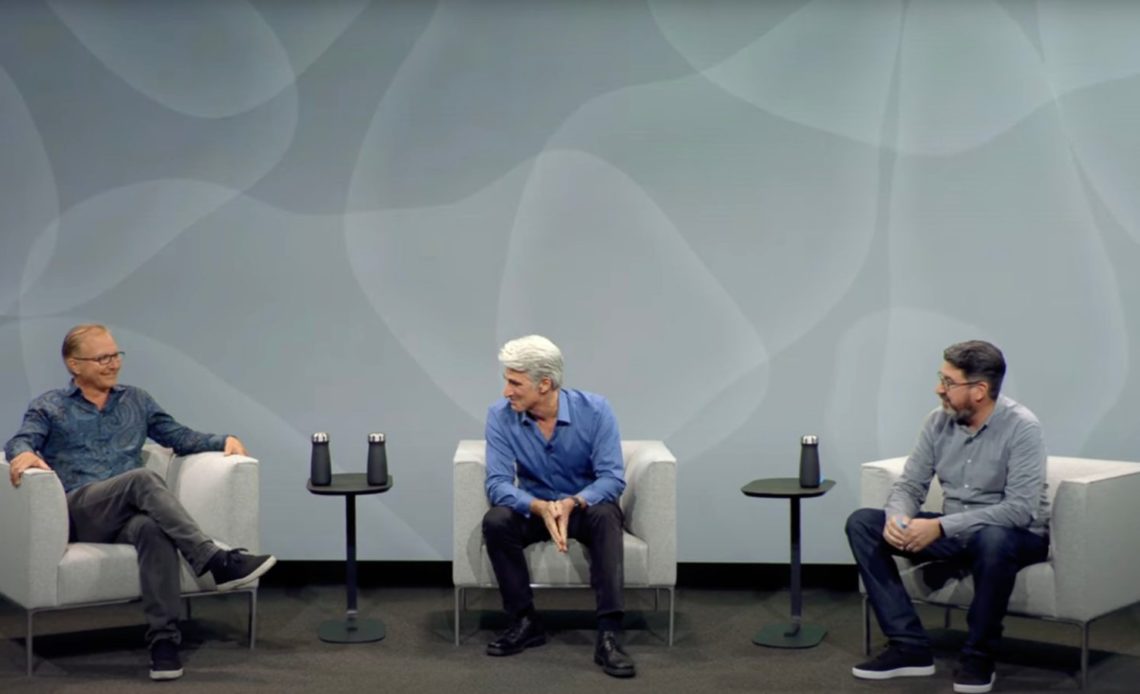 In the annual episode of The Talk Show from WWDC, Apple execs Craig Federighi and Greg Joswiak joined John Gruber to go in-depth on everything new from this week. Conversations ranged from details on macOS Ventura to the new iOS 16 Lock Screen to what CarPlay could mean for an “Apple Car” in the future.

During the interview, Federighi, who serves as Apple’s senior vice president of software engineering, offered some interesting details on Apple’s different platforms and frameworks for developers. He elaborated on how things like AppKit, UIKit, Catalyst, SwiftUI, and more can all coexist for developers.

The two also touched on the new Apple Developer Center, along with some common talking points about what the App Store has meant for developers, consumers, and the economy as a whole.

You can watch the full video below.