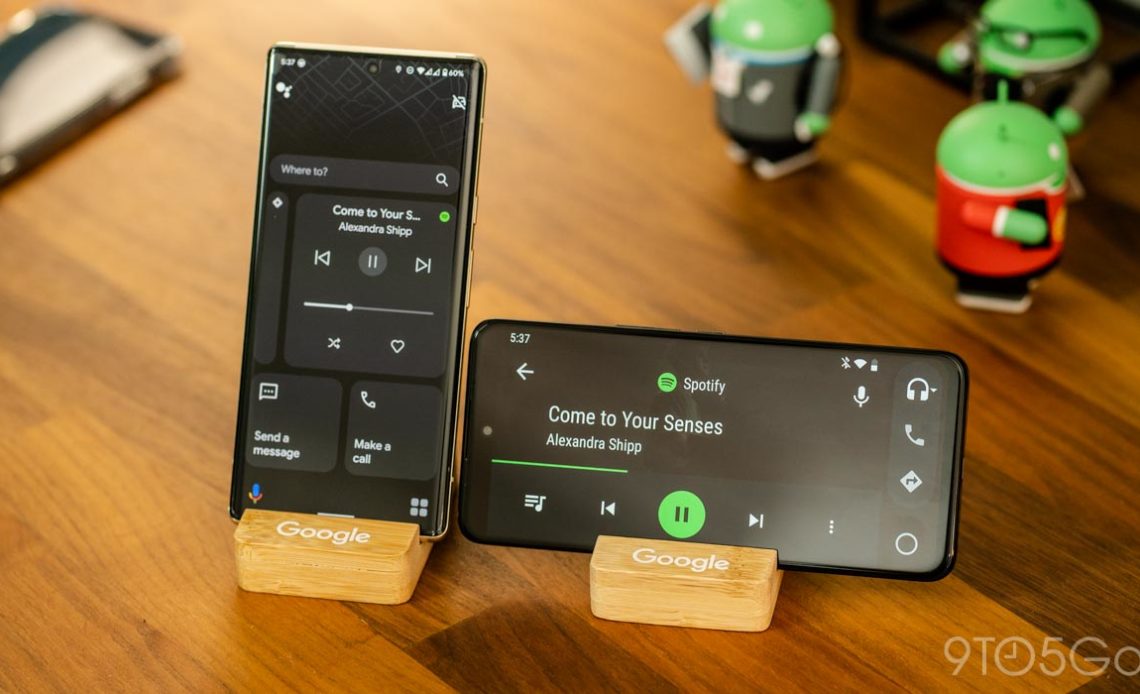 When Driving Mode was announced at I/O 2019, it seemed that Assistant was being positioned to take over and brand more user-facing experiences. The UI shown off at the time to replace phone-based Android Auto felt like a natural extension of the Assistant Snapshot feed and Smart Displays.

Google originally targeted a summer 2019 launch for it, but that was greatly delayed. In the meantime, Google released “Android Auto for Phone Screens” as a stopgap measure, as the formal Android Auto experience (on cars) had been redesigned and was no longer suitable for phone displays.

Assistant Driving Mode did not arrive until November 2020. That initial availability was limited to inside Google Maps. The actual homescreen and feed interface shown off at I/O 2019 did not come until September 2021. Meanwhile, it was not until Android 12 that “Android Auto for Phone Screens” went away and could no longer be launched for newer devices. Google went on to shut down Android Auto for Phone Screens for everyone in June 2022.

Version 13.39 of the Google app, which is currently in beta, contains the following “sunset_message”:

Driving screen will be disabled Nov 21, 2022; use Google Maps for future hands-free navigation.

“Driving screen” – as the company told 9to5Google today – refers to the Maps card that originally appeared at the top of Driving Mode when navigation was active. That is going away next month, and in fact no longer works on devices running the Google app beta that we checked today.

Rather, Google is now directing people to use the fullscreen, driving-optimized mode found in the Google Maps app after starting car directions.

If you launch Driving Mode today and enter a location in the search field, Google Maps opens. You have to keep using that interface where you get an Assistant button in the bottom-left, while a launcher is at the right to quickly play YouTube Music, Google Podcasts, Play Books, and other compatible services.

Once in this UI, there’s no way to naturally return to the Driving Mode homescreen. However, if you do so by using the homescreen icon shortcut, Google Maps will appear (third screenshot below) as picture-in-picture (PiP) instead of a card that naturally fits in with music controls and shortcuts for calling/texting.

This floating window makes for a pretty bad user experience, though Google presumably doesn’t want you to access the PiP and Driving Mode at the same time.

With this change, Driving Mode is no longer a real Android Auto alternative. It just acts as a shortcut to Google Maps, while it’s only real use is larger media controls.

This comes as Driving Mode was generally perceived as a downgrade compared to Android Auto. It wasn’t as simple as tapping an “Android Auto” icon in the app launcher, though a homescreen shortcut was eventually added, but remained buried deep within the experience.

Meanwhile, it also comes as Google Assistant has slowly been pulling away from projects that are not solely focused on voice assistant functionality as seen with Snapshot going away, and the recent launch of Look and Talk, as well as Quick Phrases.

Ben Schoon and Dylan Roussel contributed to this article.