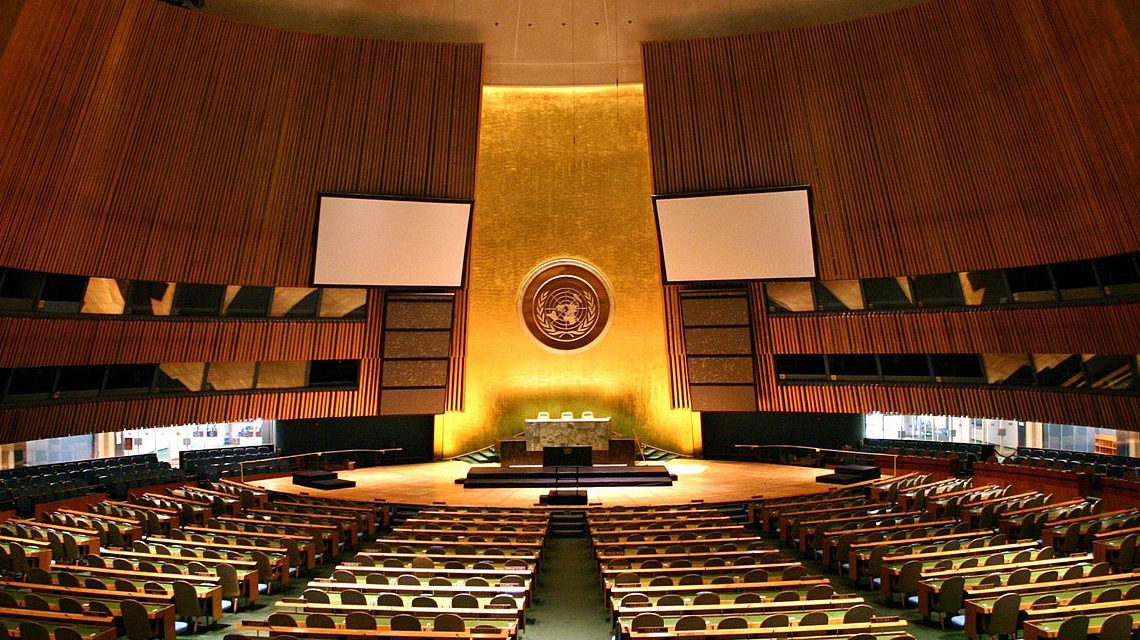 In the latest bizarre twist to the patent infringement battle between Apple and Ericsson, the Cupertino company has responded to the iPhone ban in Colombia by claiming that its human rights have been infringed.

The executive summary is that 5G iPhones and iPads use patented technology owned by Ericsson. Apple has been licensing this technology, but is unhappy with the amount it’s being charged for that licence, so has stopped paying.

This means the company is currently infringing Ericsson’s patents, and the Swedish company is seeking iPhone bans in a number of countries – that is, injunctions against the import and sale of 5G iPhones and iPads.

Ericsson succeeded in getting the first of these, in Colombia. The court ordered all iPhone sales in the country to cease, and required Apple to ensure its resellers were aware of the ban.

Apple responded by filing an emergency motion in the Eastern District of Texas in attempt to obtain damages from Ericsson for its losses in Colombia. It is also filing various counter-claims against Ericsson.

If you want to understand the background in more detail, we summarized it here.

As Foss Patents reported, the Texas judge rejected Apple’s motion – but also admonished the company for misusing the emergency motion process for a non-emergency matter.

Judge Gilstrap doesn’t think it constitutes “imminent, irreparable harm” to Apple that it may–as a result of enforcement actions in other jurisdictions–have to sit down and negotiate a license with Ericsson. The Texas FRAND case will go to trial in December, and no later than September, Apple and Ericsson have to engage in formal mediation […]

There’s also a procedural issue. Apple should have brought a regular motion as opposed to an emergency motion. “Emergency motions are to be filed only in truly extenuating circumstances and should not be used as a means to secure an expedited briefing schedule and hearing before the Court,” Judge Gilstrap clarifies–and “finds that Apple has misused and misapplied the rules for emergency motion practice in this Court.”

The judge told Apple’s lawyers that if they did the same thing again, he would not be amused.

“Further such conduct will warrant, and likely result in, sanctions against [Apple].”

Undeterred by a warning from a US judge for misusing court proceedings, Apple has taken a truly extraordinary step back in Colombia. Foss Patents again:

Apple leaves no stone unturned in its efforts to get Ericsson’s Colombian iPhone/iPad injunction over a 5G standard-essential patent (SEP) lifted, and is now accusing Ericsson, its lawyers, and the court that ordered the injunction to violate basic human rights, invoking even Art. 8 of the famous Universal Declaration of Human Rights. I wonder what’s next–voting rights for iPhones?

Apple is seeking emergency relief against every single party involved.

Article 8 of the Universal Declaration of Human Rights reads:

Everyone has the right to an effective remedy by the competent national tribunals for acts violating the fundamental rights granted him by the constitution or by law.

Patent expert Florian Mueller is unimpressed by Apple’s theory that this applies in this case.

This obviously doesn’t mean that every time you disagree with a judge, this article applies […]

No-one has left an Apple executive undressed in Colombia, or taken a blood sample without permission. By extension, Art. 8 UDHR “also covers your right to develop your personal identity and to forge friendships and other relationships. This includes a right to participate in essential economic, social, cultural and leisure activities.” (emphasis added)

The unlicensed use of patents, however, is not exactly an “essential economic activity” protected by Art. 8.

Apple is particularly upset by Ericsson’s lawyers writing to Apple resellers, ensuring they are aware of the ban on selling iPhones – which, notes Mueller, is quite the interesting objection given that Apple’s lawyers did exactly the same thing in a patent dispute with Samsung.

The iPhone maker does not dispute any of the facts. It acknowledges it uses Ericsson’s patented tech and admits that it did not renew its license and therefore is currently infringing the patent. It seems to be hoping that it can apply enough legal pressure to force Ericsson to agree to a lower payment, while the Swedish company is doing the same in reverse by seeking iPhone bans.

The bottom line here is that both companies are vulnerable. Ericsson, because simultaneously cutting its income streams from product sales and patent royalties leaves it in a financially precarious position. Apple, because the financial consequences of iPhone sales bans in major markets puts at risk enormous sums of money.

One would think both companies would recognize the sense in settling the dispute in a meeting room, rather than a series of courtrooms around the world, but so far there’s no sign of compromise from either side.