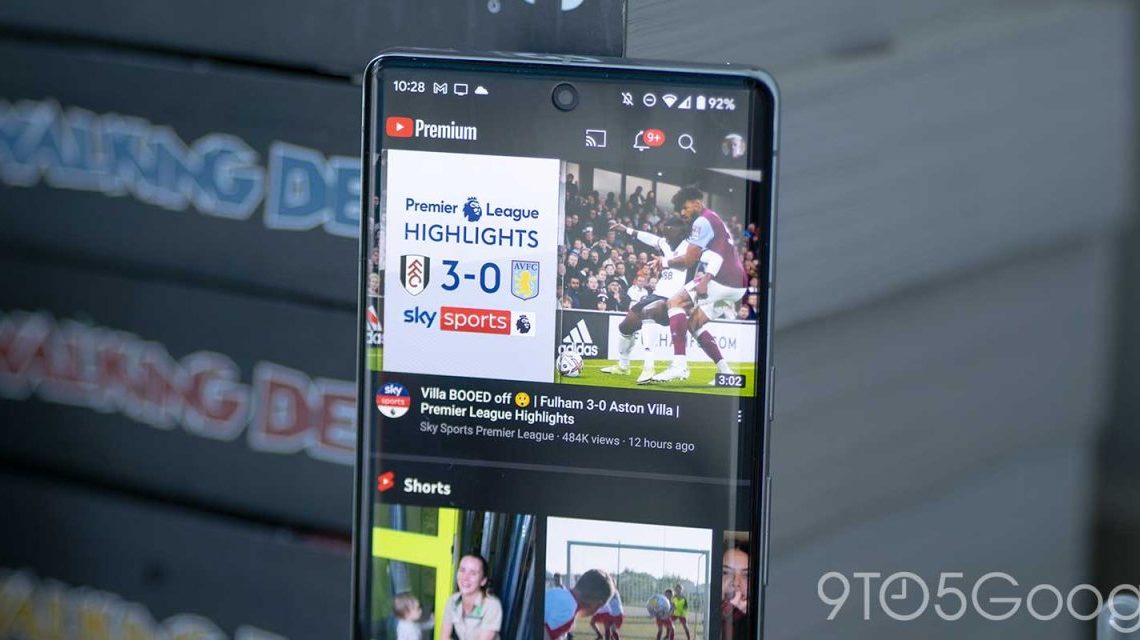 Back in October, YouTube rolled out a big redesign across its mobile apps and the web. YouTube for Android is now testing a more subtle video progress bar that isn’t red all the time.

Update 12/30: More of our Android devices and accounts, including Incognito, are seeing this white progress bar. This remains specific to the dark theme, and looks to be an attempt to offer a less distracting YouTube UI.

Original 12/20: On one of our Android devices, YouTube’s progress bar — when you’re passively watching a video with dark theme enabled — is white/gray instead of the usual red. In those circumstances, YouTube also doesn’t note how much of a video has loaded.

Interacting with the scrubber or tapping to bring up controls changes it back to the previous behavior, complete with loading status. This helps the UI fade away, which is something that YouTube has been working toward as seen with Ambient mode.

Outside of the video player, red is still used in the main feed and everywhere else, so the change is clearly targeted at the watching experience. As YouTube’s accent color, red is definitely not going away.

Meanwhile, the usual red progress bar remains when using a light theme on the same device. It’s not clear if that’s the intended behavior — with red on white being less distracting — or if that is just part of the A/B test.

This change is not widely rolled out, and only live on that one phone even across multiple device sign-ins.