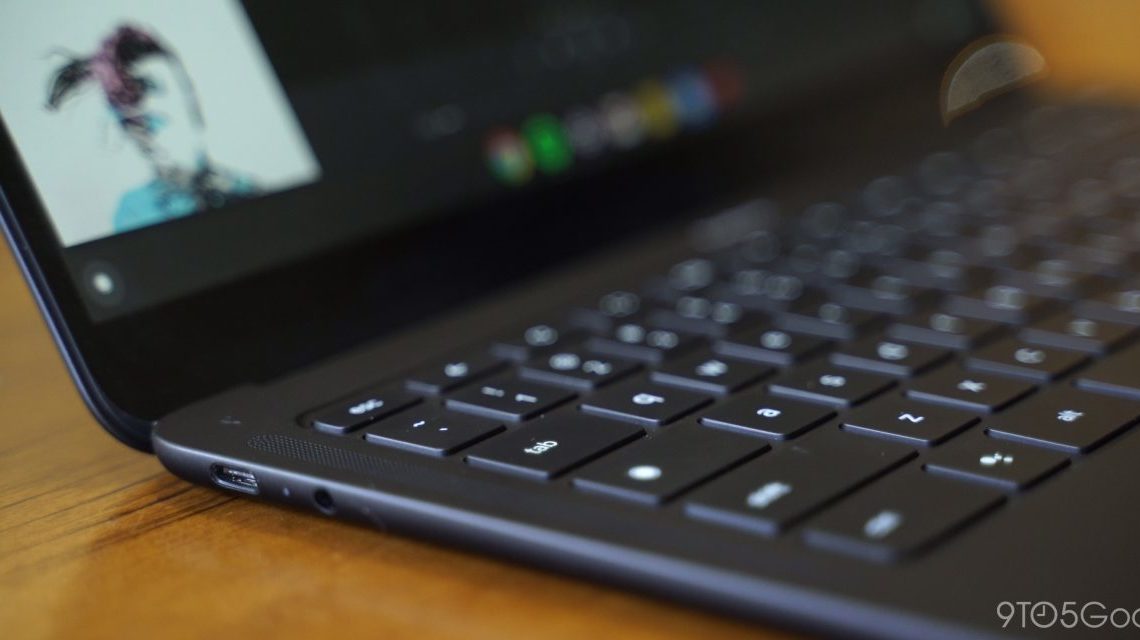 With the Pixelbook Go seemingly on the cusp of being discontinued, let’s take a look at each ChromeOS laptop/tablet successor that the Made by Google team appears to have canceled in the last four years.

Having kicked off its line of first-party laptops in 2013 with the original “Chromebook Pixel” and a sequel in 2015, Google achieved near perfection in 2017 with the release of the Pixelbook (codenamed Eve). With its ultrathin profile and convertible laptop/tablet design, the Pixelbook was the purest expression of how dynamic ChromeOS could be. It also kickstarted the market of high-end Chromebooks that we enjoy today by proving that ChromeOS had matured to be good for more than just cheap laptops in schools.

The next year, Google followed up that success by releasing the Pixel Slate (first codenamed Meowth, and later Nocturne). Where the Pixelbook was a laptop first and tablet second, the Pixel Slate was the opposite and was debatably worse for it. This, compounded with critical issues in its low-end model, led to Google pausing long-term plans for the Pixelbook line and shrinking the associated team.

In 2019, the company released the Pixelbook Go (codenamed Atlas) – a device that strayed from the formula in the opposite direction by solely working as a laptop. This final bearer of the Pixelbook name was far enough along to see through to release, while other projects were scrapped in the aftermath of the Pixel Slate.

In fact, at the time, Google had plans for two additional tablets to be released, likely side-by-side in 2020. These two canceled ChromeOS Pixel tablets had enough in common to share the codename “Flapjack.” From what we were able to piece together, the biggest difference between the two models was in the screen size – 8-inch versus 10-inch.

Otherwise, the tablets were set to ship with an even more affordable spec sheet than the heavily-criticized Pixel Slate, using the MediaTek MT8183 chip rather than one from Intel. These canceled Pixel tablets were also going to mark the debut of Qi charging support in ChromeOS.

Reportedly, these two tablets were canceled because they didn’t meet Google’s standards for quality. With the failures of the Pixel Slate, it’s not a surprise that Google would also not see the value of launching even lower spec hardware.

However, that same year, Lenovo almost exactly copied the formula of these canceled Pixelbook tablets — to great success, I might add. The Lenovo IdeaPad Duet tablet and its sequels are some of the best ChromeOS devices released in the past few years by virtue of being affordable, fun, and good enough for the average person’s needs.

It’s impossible now to know whether or not Google’s affordable ChromeOS tablets would have seen the same success as the IdeaPad Duet, but one can’t help but imagine that alternate timeline for the Pixelbook and Pixel Slate line.

Despite those tablet cancellations and the supposed downsizing of the ChromeOS hardware team, whispers of a new Pixelbook in the works began again in mid 2020. This time, the focus was on a device codenamed “Halvor,” which included a feature only ever seen on the Pixelbook line: a dedicated Google Assistant key. While firm evidence of Halvor’s Made by Google status never surfaced, it’s been the most likely candidate for a true Pixelbook successor we’ve seen in years.

Based on the related code, the main detail we were able to uncover was that it would have run on Intel’s 11th Gen “Tiger Lake” processors, making it likely it would have been released in 2021. It was never clear whether this particular canceled Pixelbook was going to be a convertible like the original or a traditional clamshell laptop.

Like the Pixelbook and Pixel Slate before it, Halvor was going to be a higher-end device, with options for either 8GB or 16GB of RAM. Unfortunately, any further details are hard to come by as work on the Halvor project stalled in the first few months of 2021.

Before we talk too much about this particular device, know in advance that it’s more of a pet theory than something we can confirm with code.

Normally ChromeOS devices are developed in the open, making tidbits available long before a Chromebook ever launches. However, this is oddly not the case for “Squall,” a device that surfaced for the first time as an off-hand mention in code, later removed.

What initially led me to believe that Squall could have been a Pixelbook is that the relevant code was intended to round the corners of Squall’s display. While no Pixelbook released thus far has had rounded display corners — nor has any other ChromeOS device for that matter — they’re a signature trait of Google’s Pixel phones. In theory, this would help the Pixelbook feel more like a member of the Pixel family.

The next mention of Squall was in Google’s public issue tracker, where a Googler mentions being busy “working on ghost/squall.” From this, we can guess that the two codenames are related. To that end, the two projects seemingly met their ends at the same time. Ghost was canceled on September 1, and the final public mention of Squall (posted the next day) says an upcoming ChromeOS feature is no longer tied to that device’s release.

The feature initially intended to launch with Squall was the ability to easily organize app windows into useful arrangements on your screen, almost exactly matching “Snap Layouts” on Windows 11.

Meanwhile, Ghost was to be powered by 12th Gen Intel Core processors and feature a clamshell-only design. Based on the included chip, we believe this possible Pixelbook would have been intended for release somewhere between fall 2022 and spring 2023.

Assuming that Ghost and Squall are the same device and that it was meant to be a Pixelbook — big assumptions that should be taken with a grain of salt — this was shaping up to be a successor to the Pixelbook Go. Beyond that, Google was looking to include a unique hardware feature never seen before in a ChromeOS device.

Matching the Pixel 6 Pro and Pixel 7 Pro, Ghost was outfitted with a chip for ultra-wideband (UWB) connectivity. Preparations for UWB in ChromeOS have continued even after Ghost’s cancellation, but thus far no current or upcoming device has included the necessary hardware.

That said, we’re not entirely sure what Google intends to do with UWB in a Chromebook. Today, Pixel phones only use it to unlock (a small handful of compatible) cars, while our own investigation found that Google is planning to add UWB to an upcoming smart speaker.

Long before we could ring in the new year, we had already learned that Google canceled its plans to release a Pixelbook in 2023. According to a report in September from The Verge, this was meant to be Google’s debut for the Tensor line in ChromeOS hardware.

At Google I/O this year, Rick Osterloh, head of the Made by Google division, had said that the company planned to launch more hardware in the Pixelbook line. By contrast, September’s report said that team members working on Pixelbook-related projects had been moved to other parts of the company.

Oddly enough, our team has been unable to find any evidence of any Tensor-powered Chromebook in public code, leaving the finer details of this canceled Pixelbook a mystery for now. We’re not even sure precisely upon which Tensor chip the Chromebook would run.

Assuming a fall 2023 launch, it would have made sense to run on a Tensor G3 chip to match the Pixel 8 series. To that end, we’ve seen a small amount of evidence suggesting that Google was working to support Tensor chips in Coreboot (the basis of ChromeOS’s boot firmware), though this work never made it to public code.

For Google to offer a full ecosystem of Pixel hardware – a goal they’re clearly striving for with the Pixel Watch, Pixel Tablet, and Pixel Buds – it’s essential for the Pixelbook line to continue. That said, it’s a careful dance on Google’s part, as the renaissance of Android tablets (and possibly even desktops/laptops) is on track to complicate the future of ChromeOS.

Either way, given that Google has consistently canceled every Pixelbook project it’s started in the last four years and repeatedly scaled back its ChromeOS hardware team, it’s not likely we’ll be seeing a new Pixelbook release any time soon.