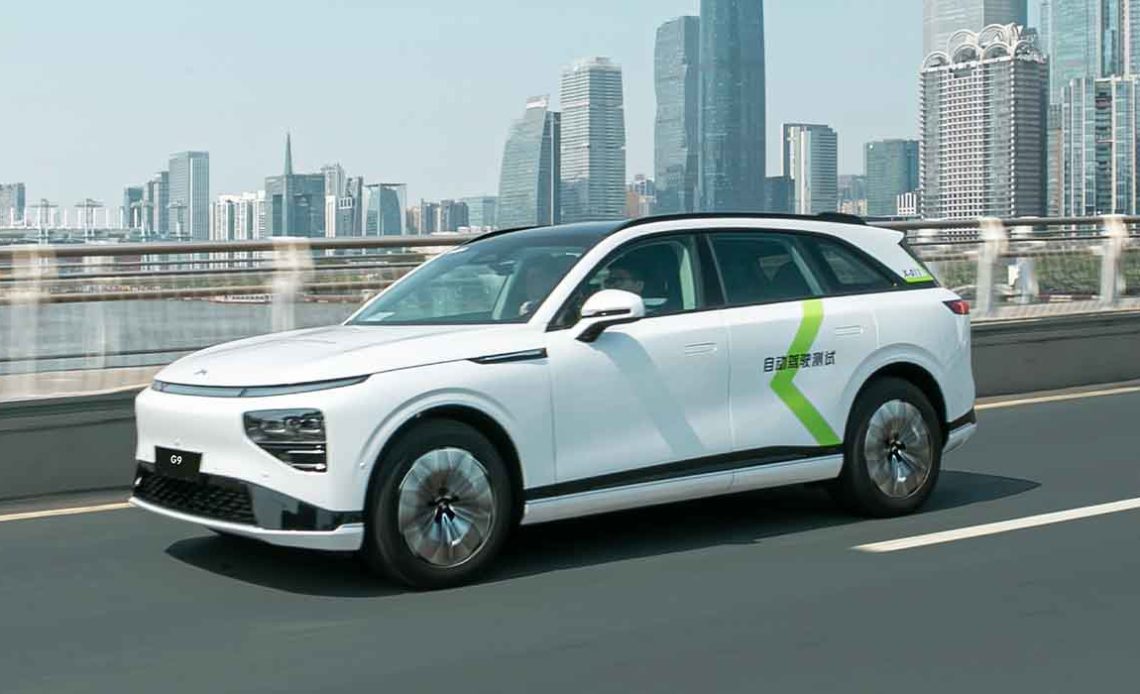 Just over a month after officially launching its G9 SUV in China, XPeng Motors has announced its latest EV has received a permit for autonomous driving tests on public roads. According to the Chinese automaker, the G9 is the first unmodified, mass-produced commercial vehicle to qualify for such tests and is on its way to implementing an XPeng robotaxi network in the future.

XPeng Motors first unveiled its G9 SUV nearly a year ago, touting its advanced driver assistance features and ability to charge 200 km (125 mi) of range in just five minutes. The all-electric SUV officially launched in China this past September, proclaimed by XPeng to be “the world’s fastest charging EV.”

The city version of NGP is not expected to roll out to XPeng customers until 2023, but the G9 is already equipped with the technology to provide semi-autonomous driving. Furthermore, XPeng Motors is beginning testing to certify its G9 as a potential robotaxi vehicle without any add-ons.

At its annual 1024 Tech Day earlier this month, XPeng shared intentions to implement a fleet of robotaxis after the G9 passed the Autonomous Driving Closed-field Test led by the Chinese government. Now, the automaker has officially received its permit to begin driving tests.

According to a press release from XPeng Motors, it officially received Guangzhou Intelligent Connected Vehicle Road Test Permit on Halloween, marking the G9 SUV as the first unmodified commercial vehicle to qualify for autonomous driving tests on designated public roads in China.

To receive the permit, XPeng had to gain approvals from the Industry and Information Technology Bureau, Public Security Bureau and the Transport Bureau of Guangzhou Municipality. As a result, the G9 EVs are now qualified to conduct autonomous driving tests on designated public roads in Guangzhou, as XPeng looks to create a network of electric robotaxis.

The G9 EVs being used in the autonomous driving tests are equipped with the same hardware as the commercial versions being sold to Chinese consumers, including perception sensors and vehicle control systems. The SUVs simply require an over-the-air software update to qualify to public robotaxi testing. The vice president of XPeng’s Autonomous Driving Center, Dr. Xinzhou Wu, spoke to the company’s latest progress in delivering a potential network of XPeng robotaxis:

Securing the autonomous driving road testing permit for a commercial vehicle is a strong endorsement of our autonomous driving deep R&D and software capabilities. Our approach by using mass-produced commercial vehicles to explore mobility solutions will build a strong foundation to realize economies of scale. Significant cost efficiency brings us another step closer to commercializing robotaxis in the future.

For now, all robotaxi plans appear to apply to XPeng’s lineup in China only, although the automaker has been expanding its EV sales reach to certain countries in Europe recently.