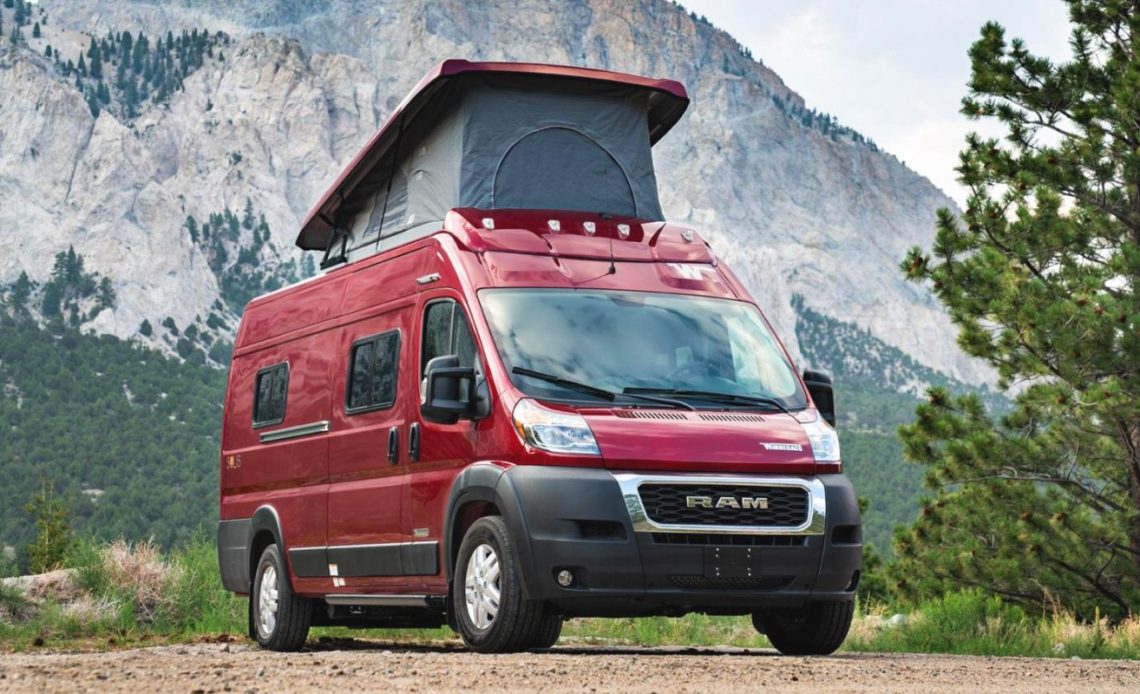 Precious little about the upcoming motorhome is revealed about what kind of motorhome is being shown at next week’s RV Super Show, but we do know what it’s not going to be. That is: this is not the same electric Winnebago Class A motorhome concept that the company showed back in 2018 (below).

We know that because Winnebago tells us that much in their press release, which reads, “Winnebago Industries continues its innovation legacy with the reveal of an all-electric concept motorhome, a milestone in the two-year plus development of the vehicle. ATG was established in 2019 to identify and develop emerging technologies for application within future products and services in the company’s various business units. The all-electric concept motorhome is the first public facing example of ATG work streams, and demonstrates a commitment to innovation and sustainability with product electrification, connectivity and improving user interface experiences for customers,” (emphasis mine).

The image above shows Winnebago’s last all-electric concept from 2018. It’s a Class-A motorhome, which means it’s essentially a converted bus (a Class B, meanwhile, uses a more-or-less stock van body, while a class C uses a modified van body or a cab and chassis – here’s a bit more on that, if you’re interested).

As far as EVs go, that first Winnebago EV was a pretty basic affair, built on a Ford F53 commercial platform with an electric drivetrain built by Motiv Power Systems. It’s a proven enough approach, if a bit unimaginative, that basically puts a powerful electric motor and associated controllers where the internal combustion engine and transmission would be, then directs power rearward to the original axle. A perfect sort of “quick and drity” way to electrify big fleets that already make bodies for the Ford chassis, in other words – and there’s nothing wrong with that.

That 2018 Winnebago EV concept was good for just 85-125 miles of driving, depending on who you believed, while its sodium-nickel battery packs promised a charge time of seven to eight hours for a full charge – which was terrible, even it its day.

To their credit, Motiv Power have since moved on to putting 127 kWh lithium-ion battery packs in their Ford F35-based EV chassis, which offer a 26,000 lb. GVWR and more than 1770 lb-ft of torque, as well as 60 kW CCS fast-charging capabilities.

Given that Winnebagos’ ATG team has had a few years to improve on that original 2018 design, here’s hoping their solution is at least as good as Motiv’s. We’ll see, next week.

We could speculate wildly here about what kind of EV Winnebago will ultimately be showing, but it’s worth noting that the company offers or has offered RVs built on Stellantis, Mercedes-Benz, and Ford platforms, so it could be something as basic as an upfitted version of Mercedes’ new electric camper, a Ford e-Transit based C-class motorhome, or something entirely new.

Given how completely Winnebago missed the mark in 2018, though, their electric RV ambitions can only go up from there.