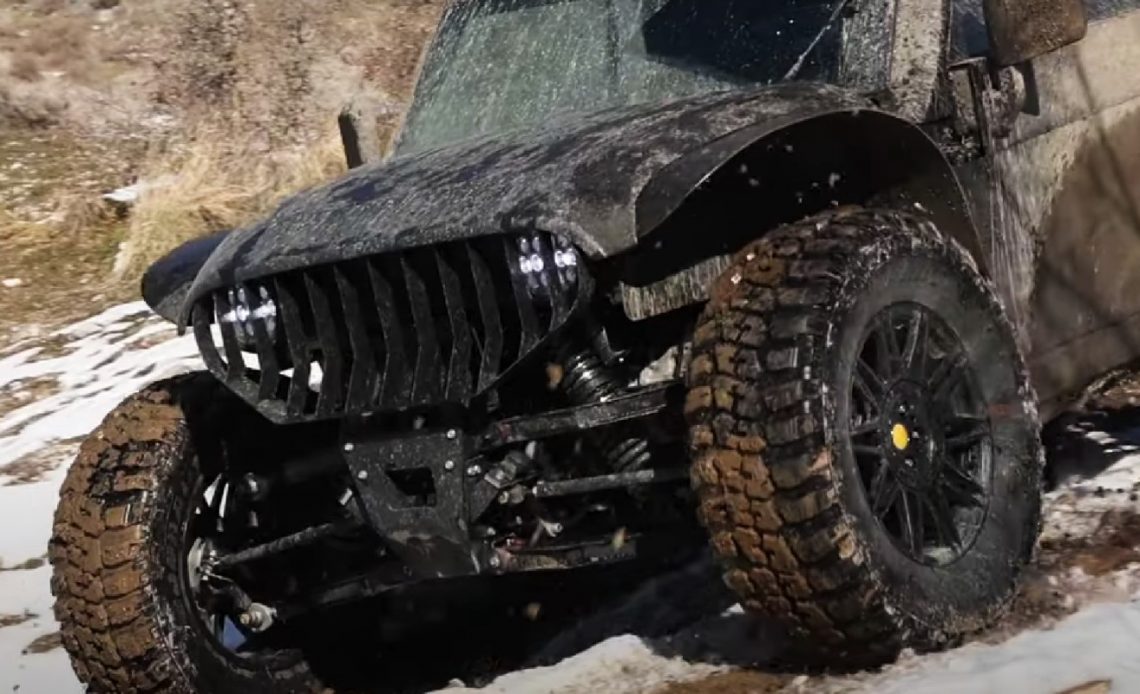 With 400 claimed horsepower and up to 200 miles of trail-blasting range, much is expected from the upcoming Vanderhall Brawley electric off-roader. And, if this video of a pre-production Brawley tearing in up in extreme cold weather is any indication, it might just deliver.

If you’re unfamiliar with the Vanderhall Brawley, get ready – you’re about to have a new dream car. Well, “dream car” isn’t quite right because, despite a high level of finish, four wheels, and a well-appointed, four-passenger interior, the all-electric Brawley is built for off-road use only. That means no airbags, no promise of crash safety, and absolutely no compromises in the pursuit of ultimate off road prowess.

The Brawley is set to be powered by four high-powered electric motors (one per wheel), sending power to a set of massive A/T tires located by an advanced, four-wheel independent suspension system. That suspension is hung from a Lotus Esprit-style “backbone” frame that uses the extreme ATVs 40 kWh battery as a stressed member (60 kW, optional).

The Brawley is almost impossibly bada**, combining all the cool off-road stuff you’ve seen on wild, rock-crawling buggies at Moab with stuff you always thought would be cool, but could never figure out how to build yourself.

It’s all there – along with DC fast charging, an onboard 6-kilowatt charger, and flat-tow regenerative braking capability, so you’ll never run out of ways to recharge. But, you didn’t come here to read about all the reasons I want a Vanderhall Brawly. You came here for that video. Here you go.

The Brawley is not the first electric vehicle from Vanderhall. That honor goes to the Edison, a three-wheel roadster that debuted in 2018 and – according to the company’s German website, at least – sold out for 2021 and is set to replaced by a new version for 2022.

Ask anyone at the dealer level, though, and they just want to talk about the Brawley. That makes sense, since the side-by-side ATV and UTV markets are the fastest growing powersports segments right now – and their growth has only been fueled by the COVID pandemic and the need to avoid crowds. The Brawley is the smart play for Vanderhall and its relatively limited manufacturing capacity, and they will sell boat loads of them.

You’re not going to get anything objective out of us on this one. At least two Electrek staffers are suspected of having put deposits down on one of these, and they seem to be chomping at the bit to try the Brawley out in person.

Take that how you will.