What’s better than Nothing? Something. Dbrand iPhone skin shows your phone’s internals 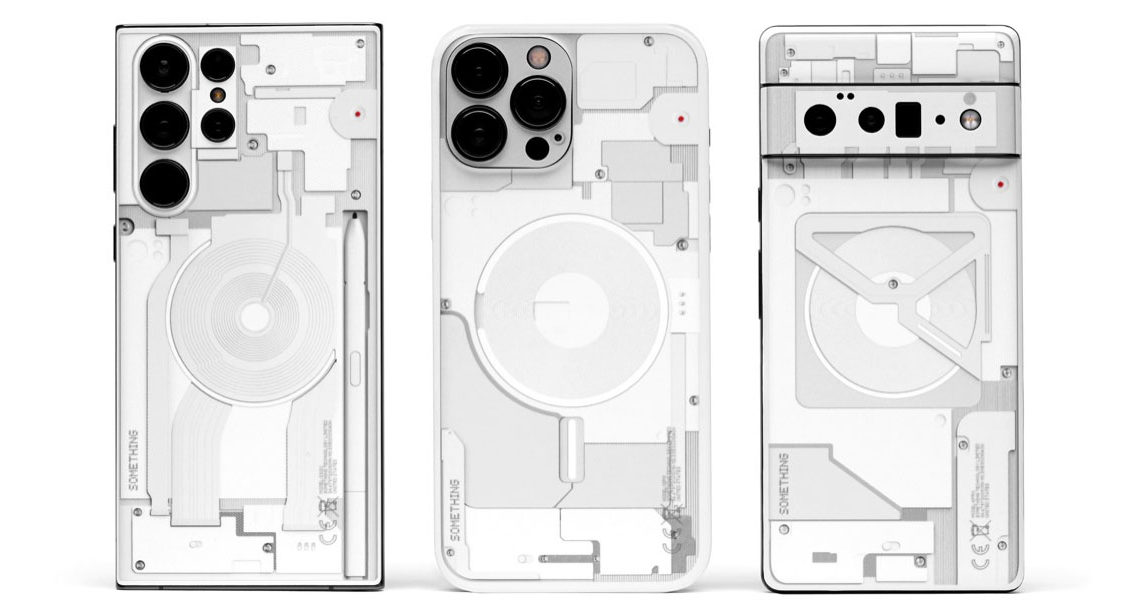 The Nothing Phone launched this week, and the most distinctive thing about the design is a transparent rear cover to reveal the internals of the device – along with some funky lights. You can now give your iPhone 13 Pro Max the same look with a new Dbrand skin …

Dbrand is known for snark, and the iPhone skin is no exception: The company has named it Something, and suggests that Something is better than Nothing.

The special-edition skin is currently only available for the iPhone 13 Pro Max, Pixel 6 Pro, and Samsung S22 Ultra, but the company told The Verge that other versions will follow.

Here’s how the company pitches the skin, which is also available as a grip case:

It’s better than Nothing.

Minimalism for the masses.

Imagine trying to break into the smartphone market. Turns out, having less money than Apple makes it a little difficult. Availability? Limited. Supply? Constrained. Even with a design so compelling that people pay ridiculous markups at StockX, nobody can get their hands on your fancy new flashlight. To top it all off, the assholes at dbrand have parroted your design and are making it for the competition. Sorry, Carl.

Some might accuse us of theft. Here’s our counter: we stole nothing. After all, we’ve spent a lot of time looking at internal hardware thanks to our Teardown initiative. As a result, we’re uniquely qualified to rip off an industrial design aesthetic and “creatively reinterpret” it for other devices. That’s not theft – it’s plagiarism, which is definitely not a crime. We checked.

The Verge notes that the reference to the legality of the move is another aspect of the brand personality.

Last year, it even got a cease and desist letter from Sony for releasing side-plate replacements for the PS5 after Dbrand egged them on on the product page with the message, “Go ahead, sue us.” Dbrand would later redesign the plates to avoid looking similar to the official ones, and the product page now headlines: “Checkmate, Lawyers.” It remains to be seen if Nothing will sue Dbrand for Something.

You can buy the skin or grip-case here. Of course, if you want the look without the skin, you can always use iFixit’s teardown wallpapers instead.

As for the Nothing Phone itself, our sister site 9to5Google says it is clearly iPhone-inspired.

From afar, the Nothing Phone (1) certainly looks like the iPhone 12/13 series but it has dual glass panels but manages an IP53 water and dust resistance rating.

The other notable feature of the rear of the Nothing Phone is a series of LED lightstrips, which the company calls the Glyph interface. Different patterns correspond to different ring tones and notification sounds, with other uses, too.

The most striking and biggest selling point of the Nothing Phone (1) is the “Glyph” lighting bands under the transparent glass panel at the back of the device. You cannot fully customize the lighting but, instead, use preset patterns for individual apps or contacts.