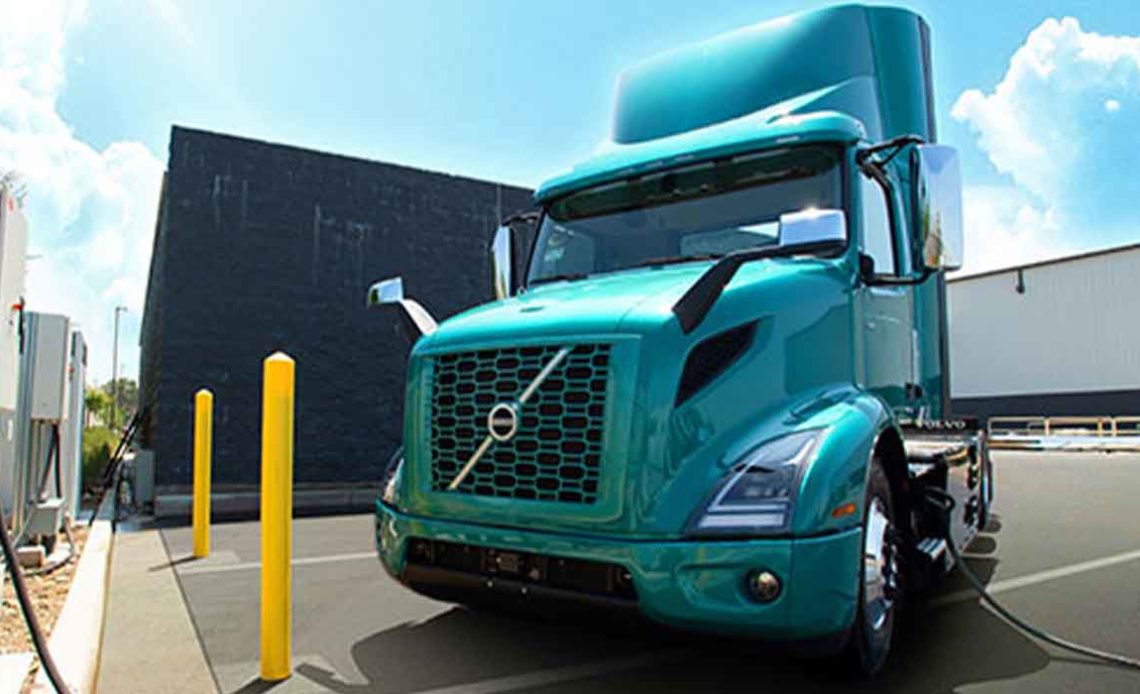 Volvo Trucks North America is joining forces with a bunch of other companies, including Shell Recharge, to implement a fast-charging network on the West Coast dedicated to supporting medium- and heavy-duty commercial EVs. The California Electrified Charging Corridor will combine several major metropolitan cities across Northern and Southern California with high-powered charging infrastructure.

Volvo Group (AB Volvo) is a multinational corporation; their subsidiary Volvo Trucks has built and delivered much of the world’s heavy-duty trucks. Previously, the Swedish automaker has teamed up with companies like DHL to produce electric heavy-duty trucks and fulfilled orders from logistic giants like Maersk.

After selling all-electric trucks in Europe toward the end of 2019, Volvo Trucks set its sights on North America by introducing its VNR Class 8 BEV. US entry began in California in early 2020 with a heavy-duty EV program centered around the VNR truck.

This was followed by a second-generation VNR electric truck from Volvo Trucks, which debuted this past January. With a number of heavy-duty EVs now on roads throughout California, Volvo Trucks is building its own charging network to support them and any other medium- and heavy-duty EVs in need of a charge.

Volvo Trucks to break ground on charging network this year

This project will open the door to a truly electrified freight future in which zero-tailpipe emission medium- and heavy-duty trucks are no longer limited to short-mileage, return-to-base operations and can reach far and wide across the state. We are excited to begin construction of the Electrified Charging Corridor Project this year in collaboration with these pioneering truck dealerships so that we can further support fleets in successfully integrating battery-electric trucks into their operations, including our Volvo VNR Electric model. With the support of the CEC helping to drive and manifest this project, we will see an accelerated progression with ripple effects across the industry.

By “CEC,” Voorhoeve is referring to the California Energy Commission, which awarded the project $2 million under its BESTFIT grant program to cultivate innovative charging solutions in the state. According to Volvo Trucks, its new network has the goal of providing convenient charging to the following groups:

The project is slated to get underway in 2022, and all five of the initial EV charging stations in the network are expected to be operational by the end of 2023.