Volkswagen Group and BP partner to deploy up to 8,000 EV chargers across EU/UK 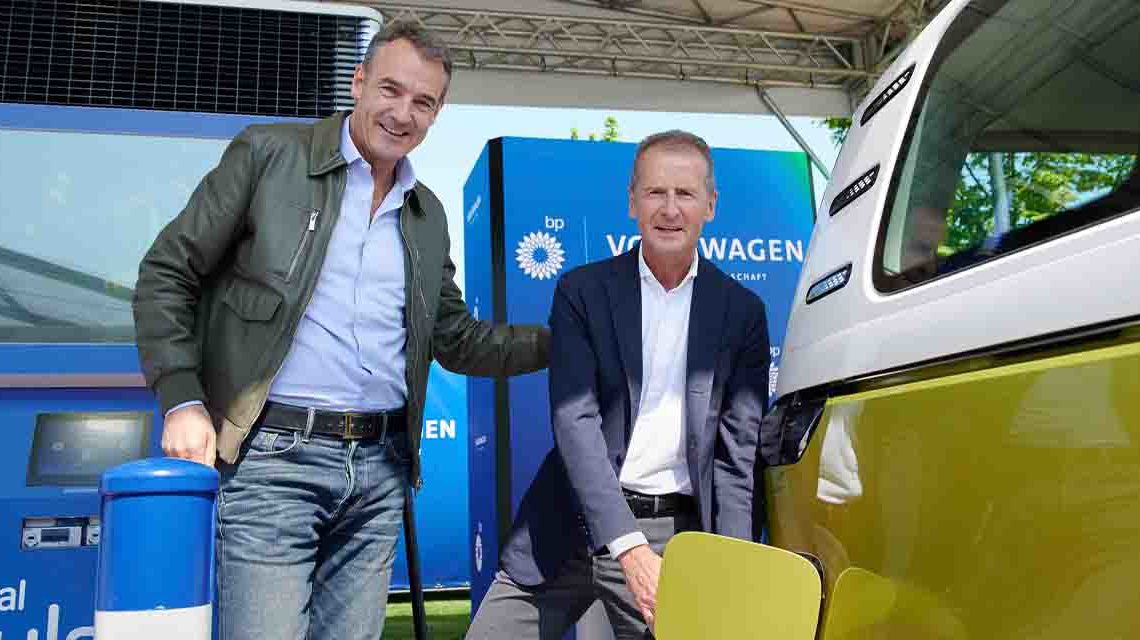 Volkswagen has announced a strategic partnership with BP to expand the latter’s EV charging network across the EU and UK, beginning immediately. The first of 4,000 Volkswagen Flexpole chargers planned for Germany and the UK began service today, and the partnership allows for up to 4,000 more to be installed in other EU countries – all by 2024.

Volkswagen’s global ID. family of EVs continues to grow and so does its year-over-year delivery growth, which more than doubled in 2021 compared to a year prior. This currently includes EVs like the ID.3 and ID.4, as well as the ID.5 GTX. It will soon be joined by the somewhat polarizing electric version of the minibus.

These vehicles are all a part of Volkswagen’s ACCELERATE strategy to further EV adoption and become net-zero climate-neutral throughout the entire company by 2050 at the latest. This strategy includes introducing a new BEV model each year through 2026 as well as investments in other EV-adjacent technologies such as charging infrastructure.

This includes developing flexible charging stations in China through a joint venture with DU-POWER as well as fast chargers equipped with battery storage technology through E.ON. Meanwhile, big oil conglomerate and world-renowned villain, BP, has made its own recent efforts to support the growing percentage of EV adoption by implementing its own charging technology.

The oil company’s new EV-centric brand, BP pulse, is investing £1 billion ($1.31 billion) in the UK over the next decade to expand EV charging, while its parent entity has made vows to become net-zero carbon – sometime in the next thirty years.

Following a recent order for about 1,000 DC fast chargers from Tritium, BP has found another partner in Volkswagen Group.

BP charging network to be integrated into Volkswagen EVs

Volkswagen shared news of its new strategic partnership with BP in a press release today – an infrastructural charging journey that has just begun in Germany and will expand to the UK and beyond.

This strategy will include BP using Volkswagen’s Flexpole 150 kW chargers, which feature two charge points per unit as well as the aforementioned battery storage system within them. The Flexpole’s ability to operate on a low voltage grid is expected to help reduce construction costs and speed up installations.

Speaking of which, Volkswagen already has plans for 4,000 charge points to be rolled out at Aral (owned by BP) stations in Germany and BP stations in the UK over the next two years. Additionally, the companies state that there could be up to 8,000 charge points installed by the end of 2024 and may include other EU countries as well. Volkswagen CEO Herbert Diess shared his thoughts:

Volkswagen has been pioneering the transformation to e-mobility across Europe. Today we have the broadest offer of electric cars in the market and sold more EVs in the region than any other carmaker last year. Investing in everything from software, to batteries and charging is part of our strategy to make individual mobility safer, more convenient and fully climate-neutral. The decarbonization of Europe’s economy requires close collaboration across borders and sectors. We’re pleased to team up with bp to accelerate the rollout of the fast-charging network across Europe.

Looking ahead, VW Group EVs will be able to seek out BP charger locations in their navigation and other in-car apps while they travel. This includes the Volkswagen marque, as well as Seat, ŠKODA, and Cupra. Volkswagen’s charging application, Elli, will also assist in locating the nearest BP charger.

Under the terms of the agreement, Volkswagen and BP will explore other opportunities to collaborate toward sustainability and EV charging infrastructure.