VinFast receives $1.2B in incentives from North Carolina to build US plant, the largest economic package in state history 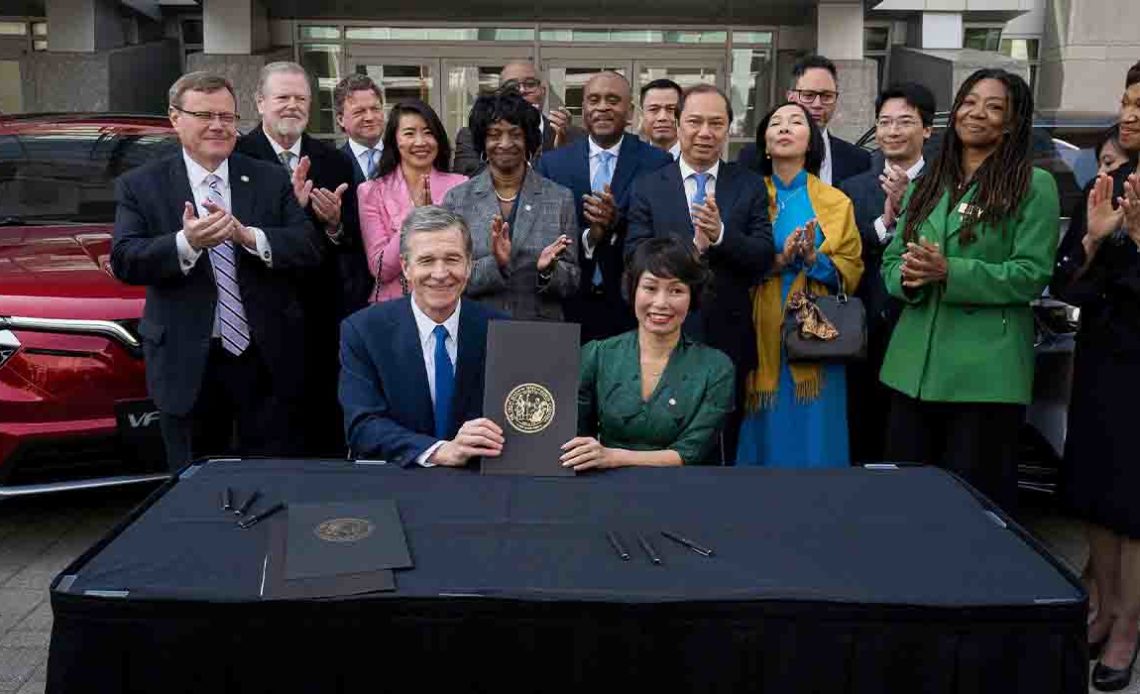 Earlier today, before its simultaneous opening of six stores in California, VinFast announced it has received a massive incentives package to build its EV manufacturing facility in North Carolina. $1.2 billion (with a “b”) to be exact – the largest incentive package in the history of The Old North State.

You already got the full spiel about VinFast’s background this morning, including the lightning fast speed the nascent EV automaker is moving as it enters both North American and European markets simultaneously.

That process officially began this afternoon when VinFast opened its first six stores in the US, all in California. The event was celebrated at a ribbon cutting ceremony in Santa Monica, California that was simulcasted to the rest of the locations that participated in their own local opening ceremonies.

VinFast has at least thirty stores planned for California alone before expanding to other areas of the US to promote reservations of its first two EVs – the VF 8 and VF 9. These initial models will be built overseas in Vietnam to start, but manufacturing will eventually make its way to North Carolina.

VinFast initially shared news of its decision to make NC its manufacturing hub in the US this past March. Following today’s news, we’ve learned the automaker has the full support of the state, which has opened up its incentives wallet up add a pulled out a fat wad totaling $1.2 billion.

It will be soon joined by Toyota, who announced plans for a $1.3 billion battery plant to support its minimalist approach to BEVs. VinFast on the other hand, is all in on EVs and its new US facilities will require a total investment of $2 billion just for phase one.

When complete, VinFast’s factory is expected to reach a production capacity of 150,000 vehicles per year. Van Anh Nguyen, CEO of VinFast Manufacturing US spoke to the incentives:

VinFast applauds North Carolina for their efforts and determination in advancing the state’s clean energy economy and carbon mitigation goals. This investment by the State of North Carolina is the starting point for a future marked by innovation, job creation, and economic growth. Today exemplifies how government and industry can come together to pursue a brighter future.

If it weren’t obvious already, VinFast will not be receiving a lump sum from the state of North Carolina. Here’s how the $1.2 billion will be broken out:

VinFast shared that it has also received hundreds of millions of additional incentives from commercial organizations in North Carolina that are not part of the government budget.

Phase one of the project will begin construction later this year 2022 and EV production is expected to start in July 2024.