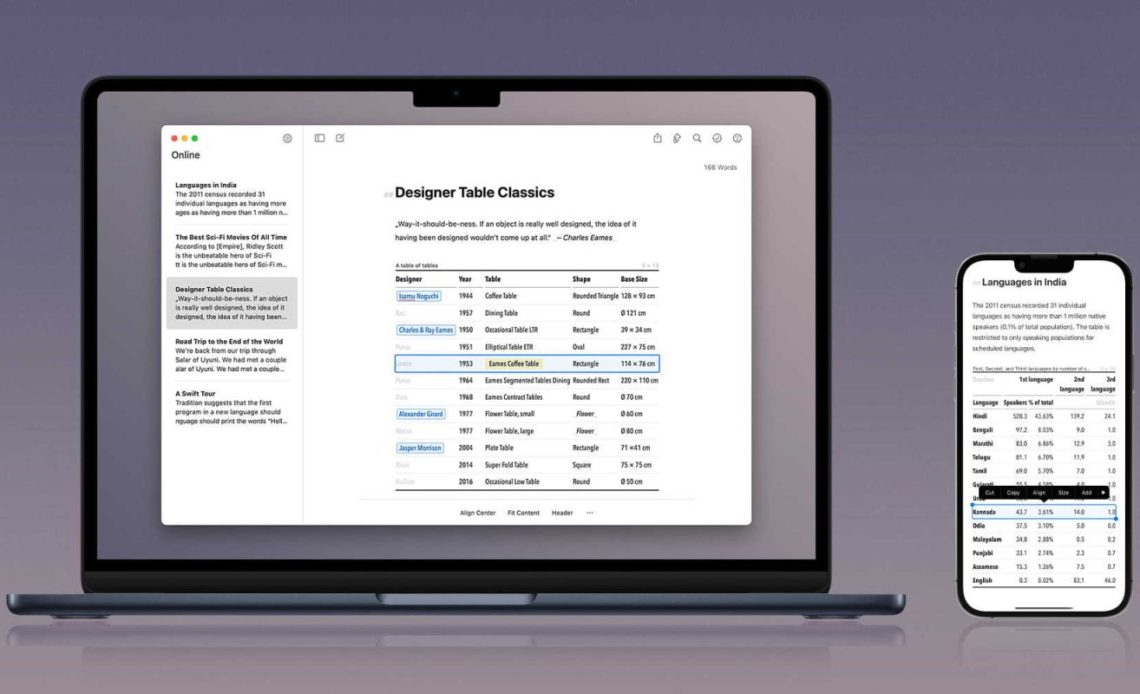 Ulysses 27 has just been released with a powerful new feature that users of the writing editor app will very much appreciate – the ability to add Tables on the iPhone, iPad, or Mac. Here’s what else is new with version 27 of Ulysses.

finally features full tables support on all devices with version 27. With that, you can create, edit, import, export, publish, and more. The app goes in-depth with all the things you can do with this feature, in its press release:

The app also made some other changes for tables to work seamlessly with other features. Filters, “Search & Replace,” and ULSS now support and understand what a table is. brings dashboard support as well.

Apart from that, the app brings some other improvements with version 27. Markup in footnotes, annotations, and notes now uses adequate styling instead of tinted text in the iOS and macOS versions of the app.

There are also some other new features for Mac users with Ulysses 27:

is a free app that offers a subscription plan to unlock all of its features. A monthly subscription is $5.99 and a yearly subscription is $49.99. Students can use the app at a discounted price of $11.99 per six months. The discount is granted from within the app. For existing subscribers, Ulysses 27 is a free update. You can download it here.