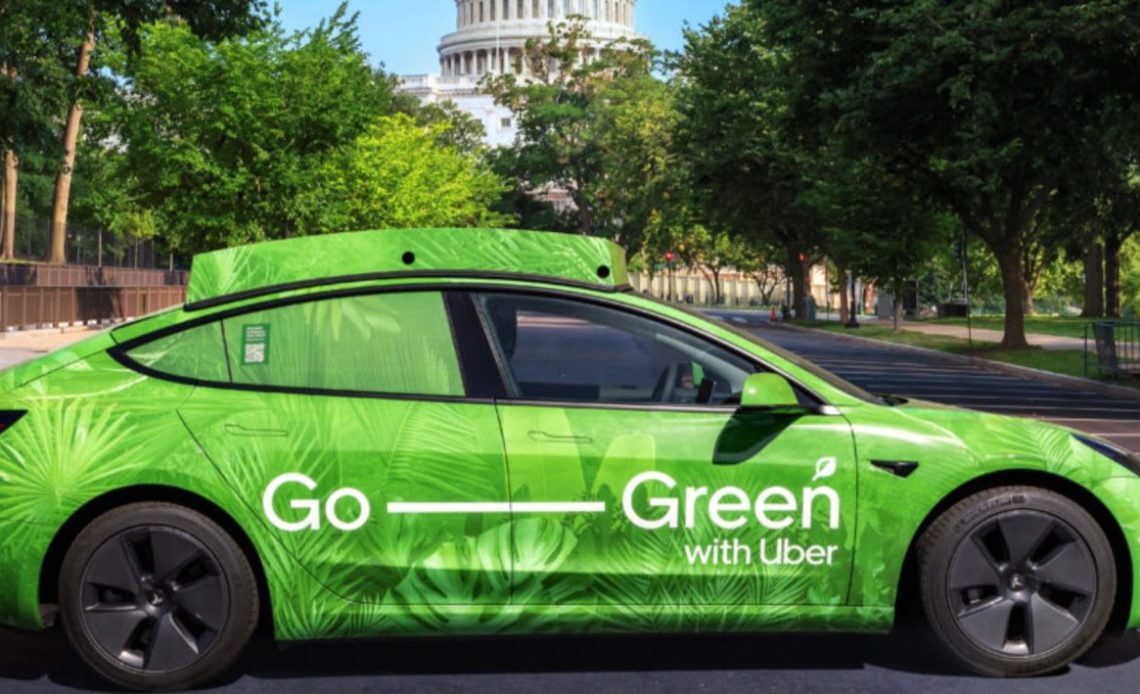 Uber has launched a new product called “Comfort Electric” to get people to ride in electric vehicles, more specifically the Tesla and Polestar vehicles that the ride-sharing companies have been helping its drivers get.

Over the last few years, Uber has been making a lot of moves to make electric vehicles a larger part of its fleet. In 2020, the company announced an $800 million investment to push for electrification. We noted that the plan wasn’t really ambitious since they were aiming for all-electric by 2040.

However, since the announcement, we have been seeing more electrification moves from them. The company partnered with Arrival to design an EV specifically for ride-share drivers, but it will take some time until those vehicles come to market – if ever.

In the shorter term, Uber has ordered up to 50,000 Tesla vehicles that it is making available to drivers through its partnership with Hertz by 2023. Uber also has a similar deal on Polestar vehicles, but it is on a longer timeline.

Now that some of those electric vehicles are starting to be deployed, Uber announced the Comfort Electric product for riders so that riders can specifically request them:

As part of Uber’s global commitment to becoming a zero-emissions mobility platform by 2040, we’re continuing to take steps to help you go electric. Last year, we announced a partnership with Hertz to make up to 50,000 Teslas available for drivers to rent by 2023. Now, with more electric vehicles on the road in the US than ever before, we’re excited to introduce Comfort Electric, our newest way for you to get around town in style and be a part of the climate solution. It’s as simple as tap a button and request a ride in a premium EV like a Tesla or Polestar. Comfort Electric is now available in Los Angeles, San Francisco, San Diego, and Dubai, with more cities to come soon.

The product sits above Uber Green, which includes both electric vehicles and hybrids, and below Uber Black.

It comes at a significant premium, according to first reports:

Along with the new product for riders, Uber also launched a new EV Hub for drivers that includes everything they need to go electric:

Helping earners go electric is core to our goal of becoming the cleanest mobility platform in the world. That’s why we’ve built an EV Hub in the Uber Driver app, a one-stop shop where they can get information and incentives to join the electric revolution, and even compare the cost of ownership of an EV with a non-EV.

Uber is also including a Charging Map directly to the Driver app to help Uber EV drivers find charging solutions near them.