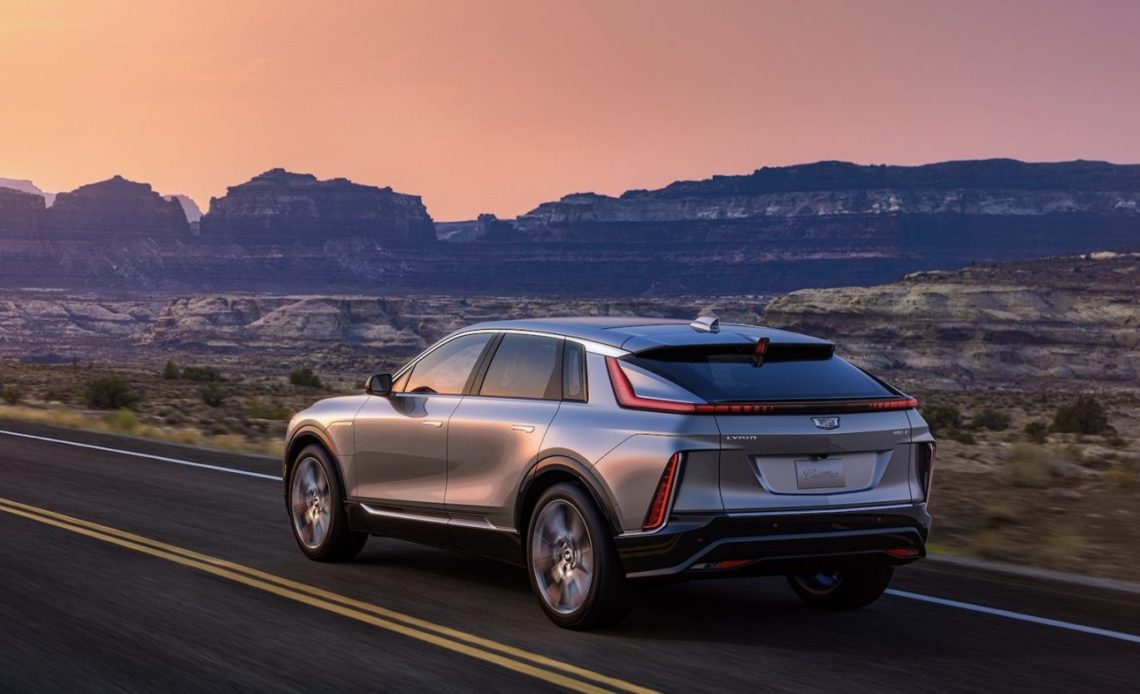 Cadillac announced pricing and range for the Lyriq, an upcoming electric SUV coming this summer. It starts a little higher than originally announced at $62,990, but GM delivered on the range with up to 312 miles of EPA-rated range on a single charge. There’s also some eye candy for prospective customers below…

The Lyriq is GM’s second electric vehicle built on its new Ultium platform, but considering the first is the giant $100,000+ Hummer EV, it is going to be the first Ultium vehicle to consider for most EV buyers.

Since its unveiling, it attracted a lot of attention due to the stunning design and impressive specs like a 100 kWh battery enabling “more than 300 miles” of range, an onboard 19.2 kW AC charger, and a DC fast-charging capacity of up to 190 kW; all of that for less than $60,000, according to GM’s first announcement.

Production of the Lyriq started back in March, but GM has yet to deliver the vehicle to customers. Today, as deliveries get closer, the automaker announced several more details about the Cadillac Lyriq, including an update on range and pricing.

The Lyriq RWD received an EPA-estimated range of 312 miles and a starting price of $62,990:

The LYRIQ RWD model offers an EPA-estimated 312 miles of range on a full charge and has a starting MSRP of $62,990. The AWD model, which will start at $64,990, adds a second drive unit, placed at the front of the vehicle to enhance vehicle dynamics and performance even further for drivers. When orders open, customers will now have the option to select from two new exterior colors: Opulent Blue Metallic and Crystal White Tricoat.

We don’t have the EPA-rated range of the all-wheel-drive version yet – it will come closer to the start of deliveries in “early 2023.” It is expected to be slightly shorter than the RWD version.

Cadillac is going to open reservations for the 2023 Lyriq AWD on May 19; the single motor RWD version will begin deliveries this summer. As we previously reported, Cadillac already sold out that version.

These are important steps for Cadillac, as we make good on our promise to deliver an EV offering more than 300 miles of range and move toward an all-electric portfolio by 2030. Cadillac will define the future of luxury transportation through its range of forthcoming EVs, and it all begins with LYRIQ.

Today, Cadillac also announced that all 2023 Cadillac Lyriq customers will receive the option to choose either “two years of unlimited public charging credits at EVgo charging stations or a credit of up to $1,500 toward home charger installation through Qmerit.”