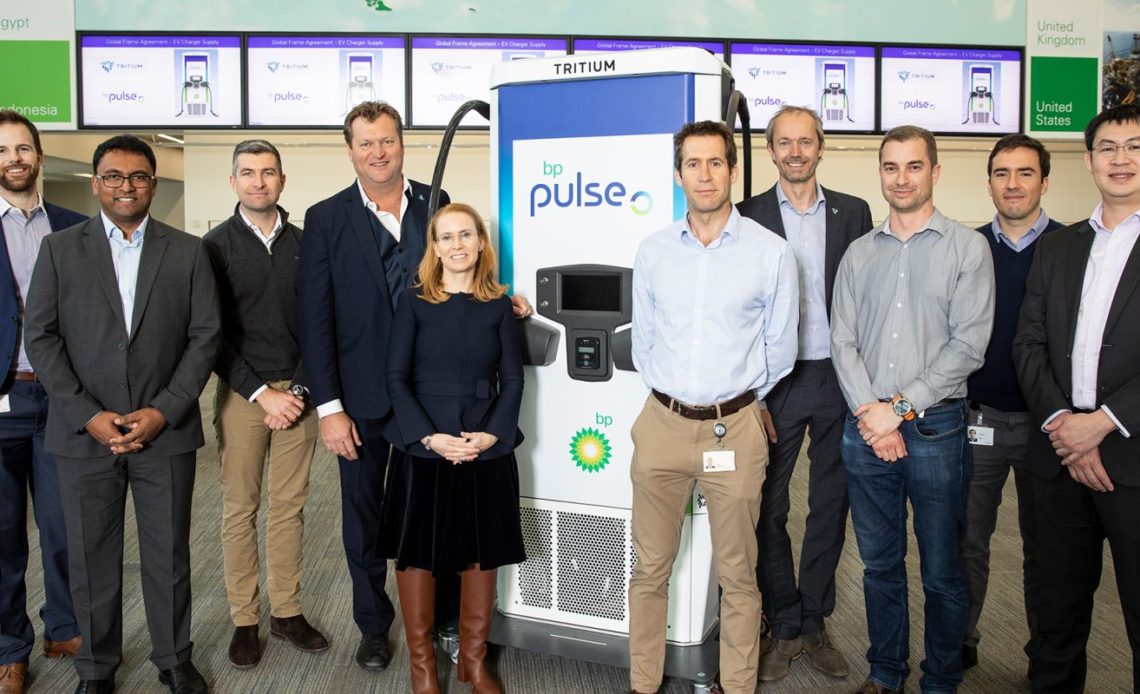 Tritium, a manufacturer of hardware and software for direct current fast chargers (DCFCs), announced it has entered into a multi-year contract with BP to supply EV chargers and services to its global network.

Tritium is a DCFC manufacturer founded in 2001 that operates out of offices in the US and EU, bringing two decades of charging experience to EV networks around the world. This includes cars as well as marine charging for electric boats.

Following a definitive agreement announced last year, Tritium finalized a SPAC merger with Decarbonization Plus Acquisition Corporation II ($DCRN) in January and now trades on the Nasdaq under the appropriately themed ticker – $DCFC.

Looking ahead, Tritium looks to eventually produce 30,000 chargers a year and has gained the support of the Biden administration following recent plans for a US manufacturing facility in Tennessee, announced this past February.

Additional manufacturing could very well come in handy in producing future chargers for companies like BP, who just signed a multi-year contract with Tritium.

Yes, we’re talking about the same BP that will forever be associated with the largest marine oil spill in our planet’s history. “Keep your enemies closer,” as they say. BP is one of the big oil conglomerates that sees the inevitability (and more importantly, the profitability) of EV infrastructure and has begun adapting sections of its fuel stations to support EV charging.

BP pulse, the oil company’s new EV-centric brand, is investing £1 billion ($1.31 billion) in the UK over the next decade to expand EV charging, while its parent entity has made vows to become net zero carbon… in the next thirty years.

With big bucks in on EV chargers, it’s no wonder BP has tapped Tritium, who shared the news of the contract in a brief press release today. Richard Bartlett, Senior Vice President at BP pulse, spoke to the new charger relationship with Tritium:

I’m delighted that with this new global agreement with Tritium, it will help bp pulse deliver its mission to provide fast, reliable charging for EV drivers and to accelerate the roll-out of the charging infrastructure needed as the world transitions to decarbonize road transport.

According to Tritium’s release, its relationship with BP will begin with just under 1,000 fast chargers to be implemented on BP’s network in the UK, Australia, and New Zealand. Tritium CEO Jane Hunter also shared excitement about the new contract:

The electrification of transportation is entering an incredible era when major companies like bp are providing critical support to transition the world to cleaner more reliable transportation. We’re thrilled to be working with bp to create greater global access to fast charging in support of their mission to become a net zero company by 2050 and to be a leader in helping the world get to net zero emissions.