The US Supreme Court EPA ruling is really bad, but here’s why all is not lost 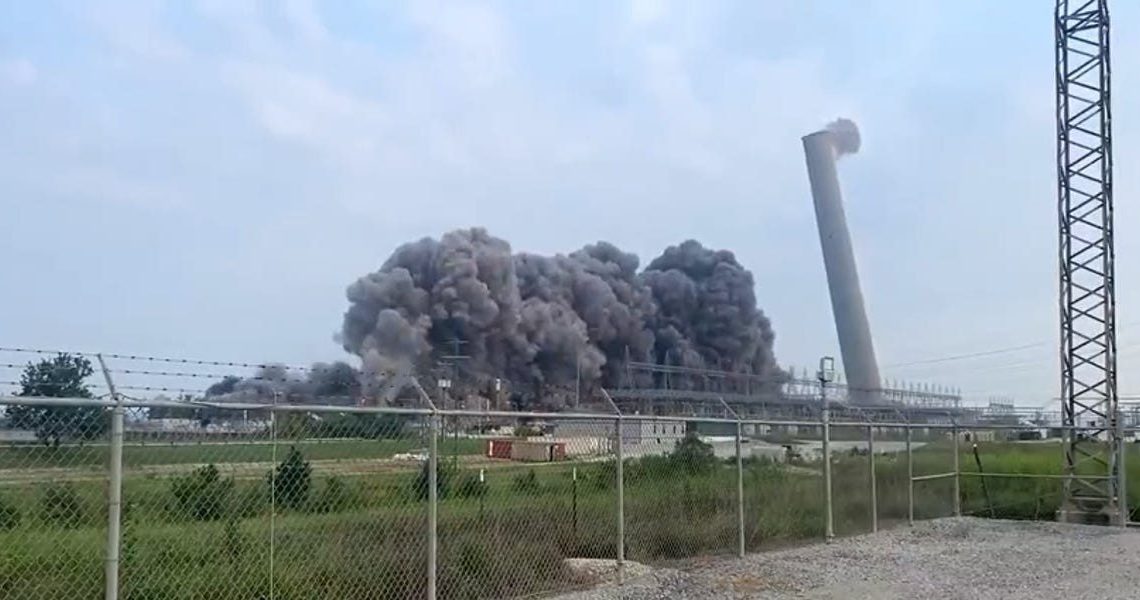 What the ruling said

In 2007, the Supreme Court recognized EPA’s authority to regulate carbon emissions under the Clean Air Act, which is defined as follows:

The Clean Air Act (CAA) is the comprehensive federal law that regulates air emissions from stationary and mobile sources. Among other things, this law authorizes EPA to establish National Ambient Air Quality Standards (NAAQS) to protect public health and public welfare and to regulate emissions of hazardous air pollutants. Carbon dioxide causes climate change, which means it is a hazardous air pollutant.

Capping carbon dioxide emissions at a level that will force a nationwide transition away from the use of coal to generate electricity may be a sensible “solution to the crisis of the day.” New York v. United States, 505 U. S. 144, 187 (1992).

But it is not plausible that Congress gave EPA the authority to adopt on its own such a regulatory scheme in Section 111(d).

A decision of such magnitude and consequence rests with Congress itself, or an agency acting pursuant to a clear delegation from that representative body. The judgment of the Court of Appeals for the District of Columbia Circuit is reversed, and the cases are remanded for further proceedings consistent with this opinion.

Whatever else this Court may know about, it does not have a clue about how to address climate change.

The Court appoints itself — instead of Congress or the expert agency — the decision maker on climate policy. I cannot think of many things more frightening. Respectfully, I dissent.

Once again: The Clean Air Act regulates hazardous air pollutants, of which carbon dioxide is one. The court majority is explicitly wrong here.

What this ruling means

The ruling recognizes the EPA’s authority to limit emissions from the power plants, but it means that the EPA and other federal agencies’ options for doing so are reduced.

It also means a setback for the Biden administration’s goal of running US electricity on clean energy by 2035 — and the US reaching net zero by 2050 to comply with the Paris Agreement, which calls on the world’s nations to keep global warming significantly below 2C (3.6F) and to strive to limit the increase to 1.5C (2.7F). These targets are necessary to avoid the worst effects of climate change, and the further they are missed, the more costly and disruptive climate change will be.

A large number of reactions to this ruling landed in my inbox this morning. Not one celebrated this decision.

Congress must not only support the EPA’s longstanding, life-saving efforts to protect climate and public health in the face of this decision, but Congress must also do its job and pass meaningful climate and clean energy funding to protect our communities and our future. I call on my colleagues to take seriously the threat this illegitimate, far-right Supreme Court poses to preventing the federal government from acting as Congress intended. We must expand the Court to restore balance to the bench, and we must pass the climate justice and clean energy package that will enable our urgent efforts to address the climate crisis.

The American Medical Association is deeply disappointed with today’s US Supreme Court opinion restricting the ability of the Environmental Protection Agency (EPA) to regulate the carbon emissions that cause climate change and harm public health.

Regulating and reducing greenhouse gas emissions is critical for combating the climate crisis and its major health implications, impacting the respiratory, cardiovascular, and immune systems of the US population, with minoritized populations disproportionately impacted. The AMA has declared climate change a public health crisis that threatens the health and well-being of all people and supports policies that reduce US greenhouse gas emissions aimed at carbon neutrality by 2050.

Birds are telling us that the climate is changing and more action is needed. Stripping agencies like the EPA of their ability to respond to these real and urgent threats puts our communities, birds, and other wildlife at greater risk.

In a 6-3 ruling the United States Supreme Court today severely curtailed the ability of the Environmental Protection Agency to regulate carbon pollution and respond to the threat of climate change. The case in question pertained to a rule no longer in effect and offers an unprecedented “advisory ruling” on future regulatory action by the agency. Today’s ruling could also be interpreted to limit the ability of other federal agencies to issue and enforce similar regulations.

Today’s outrageous decision in West Virginia v. EPA is the culmination of a long-running campaign by the fossil fuel industry and investor-owned utilities to take away the government’s abilities to regulate their dangerous emissions.

Workers, consumers, and everyday citizens must shift our attention to Big Utility companies and demand they dramatically increase their renewable energy use and set higher labor standards for their renewable energy contractors. Labor, community, and environmental groups must coordinate pressure and hold utilities accountable in the fight for climate justice. With power from the grassroots, we will fight corporate greed and build a power sector that is good for the environment, workers, and utility customers.

This is an awful ruling. Justice Kagan said it best above.

It had also been expected that the court might issue an opinion on something called “Chevron deference,” but they didn’t mention it at all. That’s the doctrine, set up in Chevron v. NRDC, that government should defer to the decisions of administrative agencies like the EPA as to how to implement legislative priorities set up by Congress.

Chevron v. NRDC said that Congress, which is not staffed by scientists, doesn’t need to make every tiny decision about pollution regulations, but that EPA scientists can take care of that. It has been a long-term plan of Justice Neil Gorsuch to eliminate this, and that would have incapacitated most government agencies. So we can breathe a slight sigh of relief that the court at least was not that crazy today.

As Manish Bapna, president of the Natural Resources Defense Council noted in an emailed statement:

Under the Court’s decision, the EPA can still write standards that require these plants to operate more cleanly. The agency can and must set standards to cut carbon pollution from power plants that burn coal or gas.

There are also things we, in both the private and public sectors are doing now and can do, despite this mess of a ruling, to reduce emissions.

The Biden administration will have to fight hard to accelerate the move to renewables. If there is less to no coal to regulate, then it becomes less damaging.

Congress must also immediately codify environmental protection laws and the ability of federal agencies to enforce them. The ruling also does not limit state or federal policymakers from passing legislation designed to reduce emissions.

Meanwhile, the private sector is in the midst of an electrification revolution. This court ruling might slow that momentum, but it won’t stop it.

Solar will continue to grow, because customers want clean power and solar is the most cost-effective source of clean energy. The Supreme Court has added unnecessary barriers that will only slow clean energy deployment when we should be focused on addressing the climate crisis.

Every day I write about new superlatives. New inventions. New record-breaking occurrences in clean energy and the EV industry in both the private and public sectors.

Look at my links from just this past last week. It’s always like this:

The financial sector is pouring money into clean energy, and technological innovations are happening at lightning speed. Renewables are cheaper than fossil fuels, and there simply is no advantage or incentive to sticking with coal, gas, and oil.

Peter Davidson, the CEO of Aligned Climate Capital, which manages $1.8 billion in assets, affirmed that in an emailed statement:

As an investor, I know that the solutions to climate change are market-tested and ready to scale. Last year, more than $920 billion was invested globally in climate solutions like renewable energy, energy storage, and electric vehicles. Unfortunately, US investment continues to lag behind China and the EU and today’s decision will make it even harder for us to compete with them. This is a race we cannot afford to lose, yet the Supreme Court has just tied weights to our feet.

It is time for the private sector and the States to step up and do what the Supreme Court has refused to do – acknowledge reality and lean into what we believe is the greatest economic opportunity of our generation. One that will create jobs, prosperity, and protect our communities.

So while bad things happen like this ruling, the good things are happening faster. No one can stop the movement away from fossil fuels: Not high gas prices, not the pandemic. Nothing.