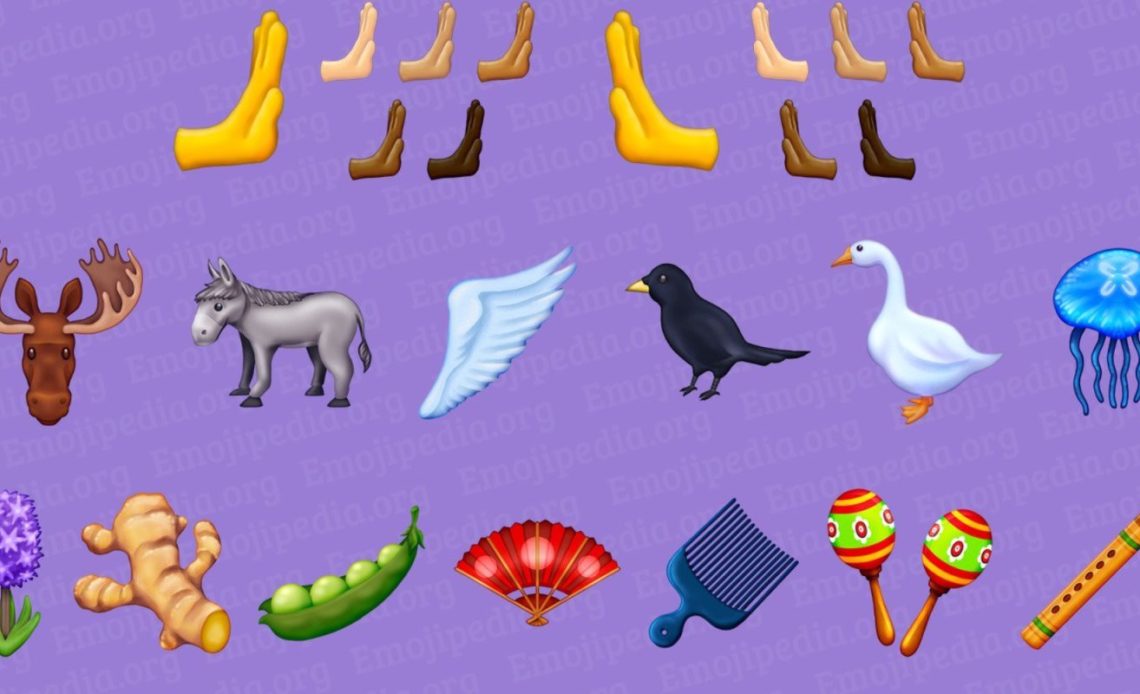 Emojipedia just announced the new emoji that are likely coming later this year to your iPhone, iPad, Mac, and other devices. The 15.0 update will bring some nice additions so users can express themselves better. Here are the figures on the draft list that could be coming soon to your Apple device.

This is the eighth year that Emojipedia shows a preview of what emoji people might see in the future on their phones. As of now, a shaking face; two pushing hands; and plain pink, gray, and light-blue hearts are some of the candidates.

“Ahead of World Emoji Day, Emojipedia has created sample designs for each candidate emoji. While some might not make the cut, most presented for approval are historically confirmed,” says a blog post.

A donkey, jellyfish, hair pick, and a khanda are also candidates for Emoji 15.0. More important than all of them, a goose could finally make the cut for the next update.

The blog post notes that although this is only a draft emoji list, which means each figure is subject to change prior to final approval in September 2022, “the majority of the candidates have ended up included on the final list over the last number of years – including every emoji we previewed from last year’s.”

It’s also worth noting that while Emoji 14.0 contained 112 recommendations, and the previous iteration 334, update 15.0 contains only 31 recommended figures. In addition, it’s the first time there are no new people figures in this batch of recommendations.

The blog post also gives a few other tidbits about the candidates for the next update:

Below, you find all the emoji that could be available later this year: