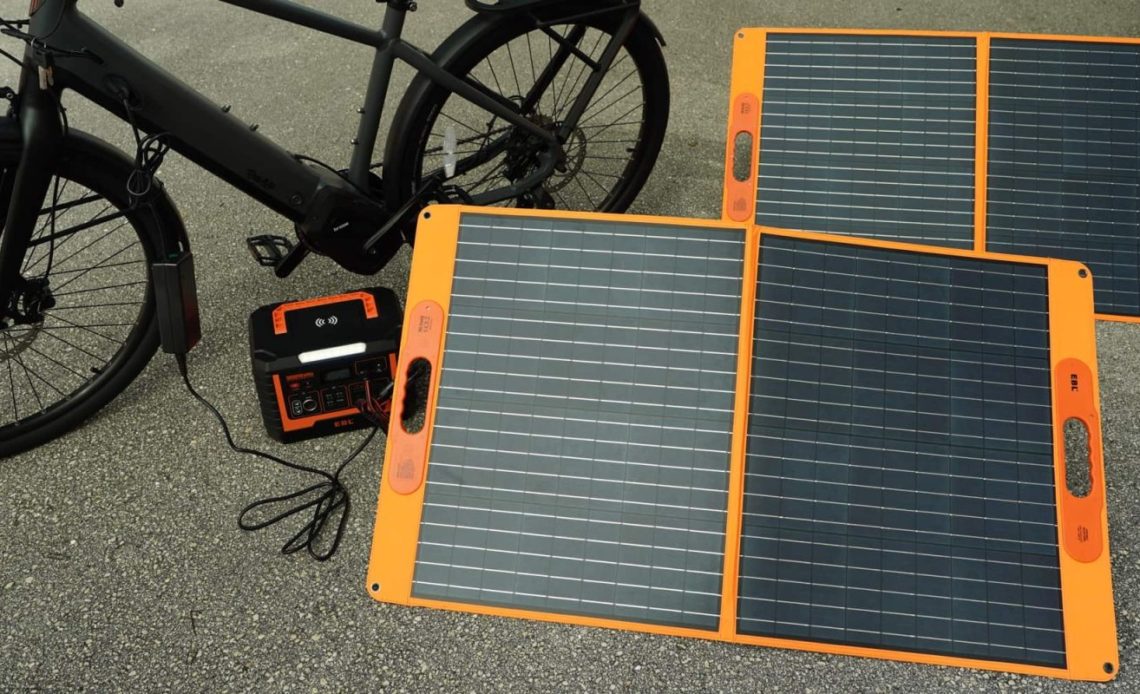 Portable power stations perform the same role as an old-fashioned gas-powered generator but in a cleaner and safer way. They have an on-board battery matched with an inverter to provide silent, clean, and exhaust-free electricity anywhere you can carry them. With so many options available these days, the trickiest part can be just choosing the right size. Having recently tested two of EBL’s power stations side by side (the EBL Voyager 1000 and EBL Voyager 330), I had the chance to see how and where I might fit different-sized power stations into my life.

The two units may look similar on the outside, but the specs are quite different.

That makes them great for different types of uses.

Let’s start with the little guy, which offers up a cute little 330 watts of continuous power from its 288 Wh battery.

That is definitely on the smaller end of the portable power station range, but it also keeps the unit affordable.

And at just $210 on Amazon (after clipping the 30% off coupon for the $299 MSRP), there’s a lot to love in this inexpensive power station. You can also find it on EBL’s website, if you’re not an Amazon fan.

There may only be one 120V AC outlet, but it seems appropriate for the 330W power limit. Don’t plan to run your refrigerator off of this one, at least not for very long.

But it’s still a mighty little power station for the right type of uses. For me, that meant taking full advantage of the various DC outlets as well.

I often spend half or even full days riding around on electric bikes. It’s a part of the job description that I just have to suffer through. Woe is me, spending all day having fun on e-bikes…

As much fun as it is, the hard part of documenting my rides is often keeping enough power on hand. My cameras, drones, gimbals, smaller power banks, and other devices are all power hungry, and they all drain quickly.

But keeping a power station like this in the park, in a car, or anywhere I can reasonably access it (I’ve been known to stash it in the woods sometimes) is a game changer.

With three 12V DC outlets, three fast-charge USB-A outlets, a 60W USB-C PD outlet and even a wireless charger on top for my phone, I can keep just about everything I use charged up, even at the same time.

I’ll often pack a lunch and water in my bag for days where I’m out in the field for hours, then use my lunch break to recharge all my cameras and gear.

Of course, the unit has a wall charger for when I want to recharge it at home, but you could make use of EBL’s SolarApollo 100 folding panels as well to get it recharged quickly from the sun.

More on those in a moment though, because I found them even more handy for the larger EBL Voyager 1000 station.

If you thought the 330W station was something, this larger unit is where the party really starts.

The 1,000W continuous power rating from the dual 120V AC units is a good start, but it can peak at 2,000W. That means you can run some seriously large appliances from the device.

Plus there’s the 1,000Wh battery (okay fine, it’s 999Wh). That extra capacity means longer run time. In my case, I could get a couple e-bike charges out of the battery before needing to replenish it at a wall outlet at home.

Or even better yet, I don’t even have to plug it into a wall outlet, as there’s a kit that comes with a pair of 100W solar panels. These EBL SolarApollo 100 units fold up to protect the panels’ surfaces and reduce their size, but open to reveal a combined 200 watts of solar power.

You can get the EBL Voyager 1000 charged up in a day of sun, making this a great option for a solar generator.

Having gone through hurricane Irma in 2017 and losing power for nearly a week, I would have LOVED to have one of these on hand at the time.

A fresh 1 kWh of battery each day would have meant keeping my devices charged, running a fan (it got quite hot in Florida without air conditioning) and even sporadically running the fridge to keep the food from spoiling.

The EBL 1000 is even more than fairly priced. With the current Amazon coupon, you can reduce the $999 MSRP down to just $518, which is ridiculously low for a power station of this size. If you don’t want to feed Jeff Bezos, you can get it directly from EBL for $659.

Or you can get the power station and dual solar panel bundle for just $999, marked down from its MSRP of $1,399 with the Amazon coupon on the page. Or again you can find it directly from EBL’s website.

At these prices, the EBL portable power stations feel like a rock solid deal.

I’m not saying they’re the best I’ve seen. I reviewed larger, more robust systems that had even nicer quality solar panels with aluminum frames and other higher-end features. But they also cost significantly more, too.

For us mere mortals that want a fairly large capacity power station (or a small one!) for a good price, these are great bang for your buck options.

What do you think? Could you see yourself using a portable power station in the future? Would you go with solar panels to generate your own electricity? Let’s hear your thoughts in the comments section below.