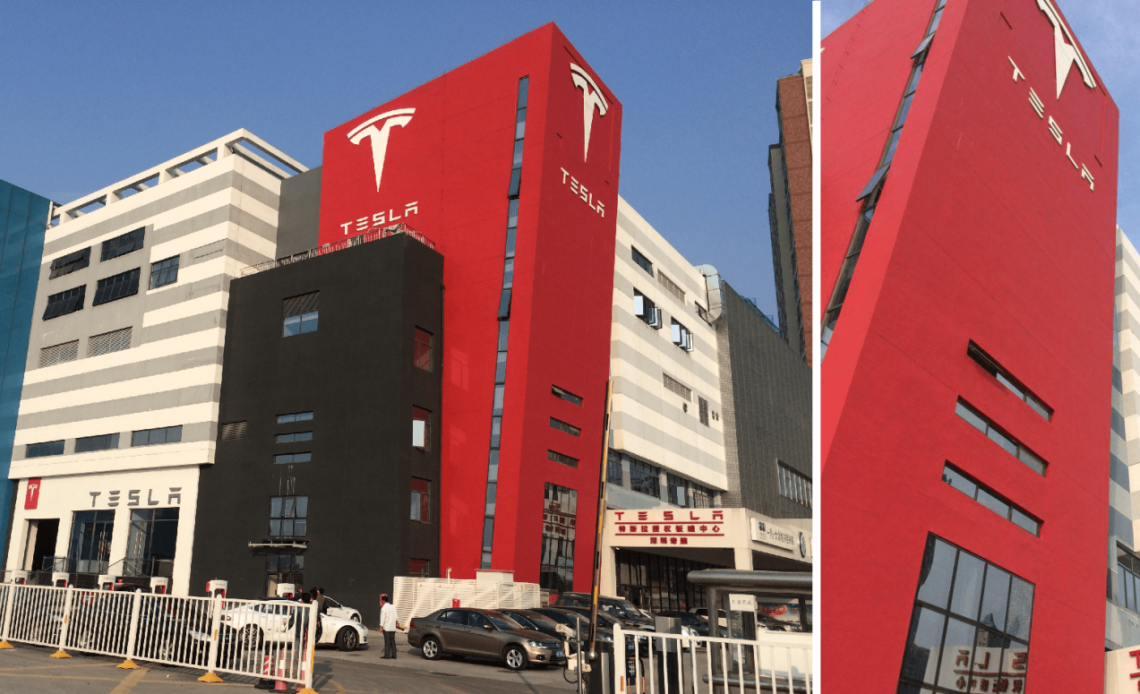 Tesla is reportedly considering bringing its “Tesla Center” strategy to China and closing some retail stores in high-rent locations.

Last year, Electrek exclusively reported on Tesla implementing a new retail strategy in North America that involves moving away from showrooms in fancy malls and, instead, focusing on cheaper locations, remote management of the test drive fleet, and delivery and service centers.

Those new bigger locations with both retail and service are often referred to as “Tesla Centers.”

Tesla is also using more “virtual advisors” who manage customers’ ordering experience without being based in a physical store.

Now, Reuters reported that Tesla is thinking about implementing a similar strategy in China:

The shift would put more emphasis on stores in less-costly suburban locations that can also provide repairs as the company works to meet Elon Musk’s goal of improving service for existing customers, many of whom have complained of long delays, they said.

Strong COVID restrictions in China have negatively affected foot traffic in some high-rent retail locations that Tesla operates in big cities, and the automaker is now reportedly considering closing some of those in favor of the new “Tesla Center” model in cheaper areas.

Tesla is also ramping up hiring for service:

As part of that push, Tesla is looking to ramp up hiring of technicians and other staff for service jobs in China, one of the people said. Tesla’s China recruitment website showed more than 300 openings for service jobs as of Thursday.

Recently, Tesla has also been putting more focus on service in other markets.

The automaker has been delivering record numbers of vehicles every quarter, which is putting a lot of pressure on its infrastructure, and it’s hard to quickly grow service amidst a labor crisis.

This new “Tesla Center” approach could be part of the solution.

Sources have told Electrek that the new approach has shown to be promising in North America. The new model has been working from a retail perspective, and Tesla has been increasing its investment in service, which should start paying off by the end of the year.

It makes sense that it would work in China as well, where the COVID restrictions have continued to be a problem with high foot-traffic retail locations.

With Gigafactory Shanghai still ramping up production and Tesla soon needing fewer exports from the factory as Gigafactory Berlin ramps up as well, it would make sense for Tesla to invest in better distribution and service to support more sales.