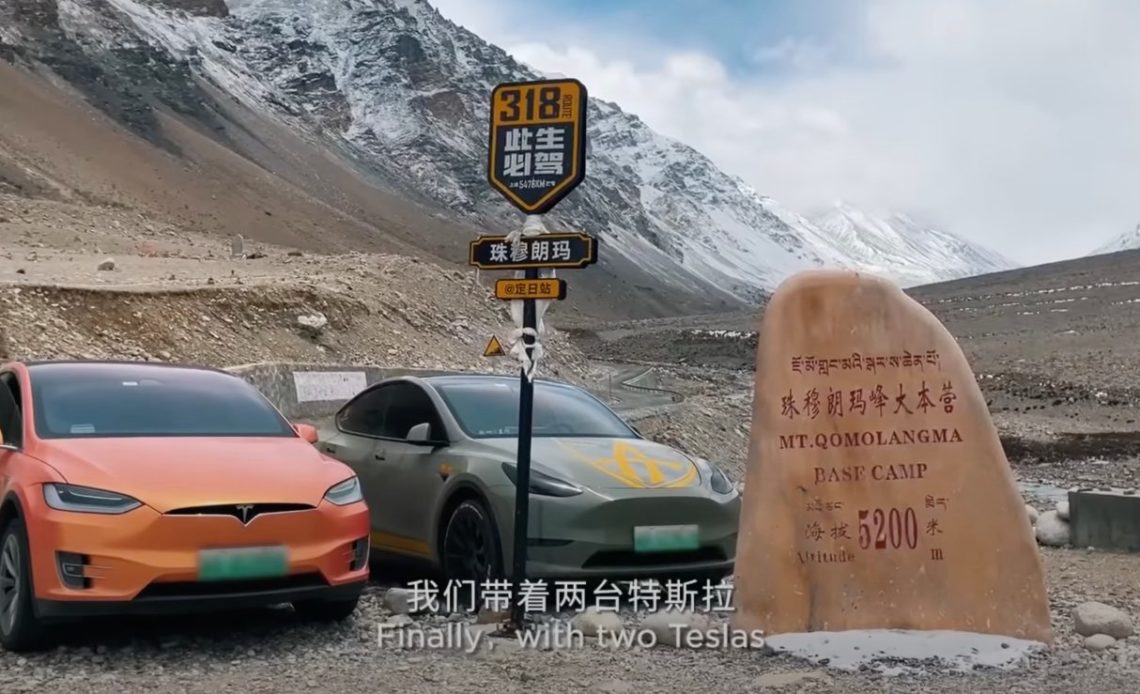 Tesla vehicles have reached the Mount Everest base camp for the very first time, operating at five kilometers of altitude.

Tesla is known for not advertising, but it does sometimes produce and/or share marketing videos from its owners on social media.

This one from Tesla China is particularly interesting as it features a couple of Tesla owners who drove their Model Y and Model X all the way to the Mount Everest base camp. Tesla recently completed its Supercharger route along the China National Highway 318 (G318), which runs from Shanghai to Zhangmu across 5,476 kilometres (3,403 miles).

Trensen, a Chongqing-based bridge designer and travel vlogger, and his friend set out to test the route from Chengdu to the Mount Everest base camp – around 2,339 km (1,425 miles) and nine Supercharger stations. The distance itself is not that impressive. I just drove a similar distance from Quebec to Mississippi in a Model 3 last week, and it was actually quite easy.

But the difference here is the elevation that Trensen had to drive up and the rough terrain that he and his friend faced. He also had to have wheel chains at times, which destroy his efficiency.

Cars powered by internal combustion engines actually have issues operating at high altitude since oxygen is low and they need it to achieve combustion.

He also had to sleep in the car on a few occasions, which also drains the battery pack since he had to keep climate control on. But, they made it to their destination, becoming the first Tesla vehicles to do so.

At the end of the video, Tesla notes that it has already deployed over 8,700 Superchargers at over 1,200 stations in mainland China.

The automaker also operates an extensive Destination charger network in the country with more than 1,800 chargers at over 700 locations. Those chargers are primarily located at hotels and tourist destinations.