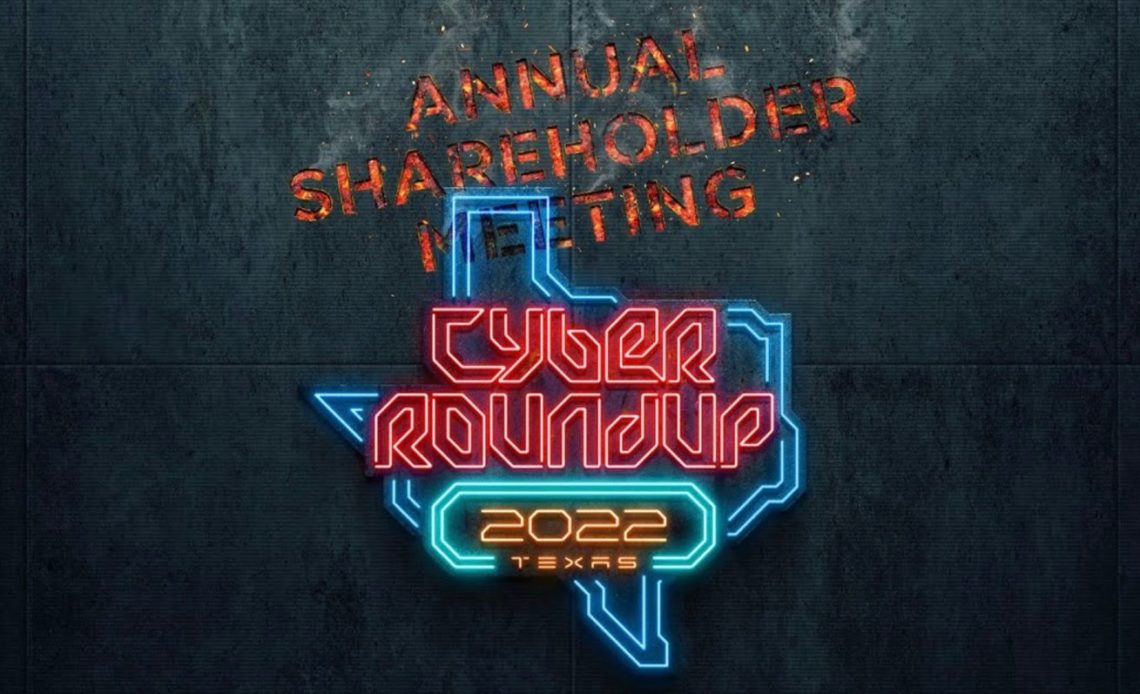 Tesla has applied to trademark the term “Cyber Roundup” ahead of what looks like is going to be a rebranded annual shareholder meeting coming up next week.

Like all other public companies, Tesla has to hold an annual shareholder meeting where shareholders can vote their shares on a bunch of different matters both brought forward by the board of directors or the shareholders themselves.

Along with this more official part of the meeting, Tesla generally holds a presentation about the company’s state and where it is going, along with a Q&A session.

Tesla has traditionally held its annual meeting in the Bay Area and more specifically at the Computer History Museum in Mountain View, California.

But now with Tesla moving its headquarters to Texas, the automaker is bringing its meeting to Austin at Gigafactory Texas.

Tesla is also calling it “Cyber Roundup,” and it has filed to trademark the term with the United States Patent and Trademark Office:

Tesla filed in both “Advertising and business” and “clothing” categories – presumably for the marketing around the meeting and to sell T-shirts with the above logo on it.

The Cyber Roundup comes after Tesla held a Cyber Rodeo event at Gigafactory Texas for the start Model Y production and the unveiling of the giant factory.

Because of the name, many thought that Tesla would give an update on the Cybertruck, which is supposed to be produced at the plant, but Tesla didn’t release anything new about the vehicle even though it is due for an official unveiling of an updated prototype as well as updated pricing and trim information.

Now some are again expecting something about the Cybertruck at the Cyber Roundup, but it could just be a fancy name for a regular old shareholder meeting.

We will have to wait for next week to find out.