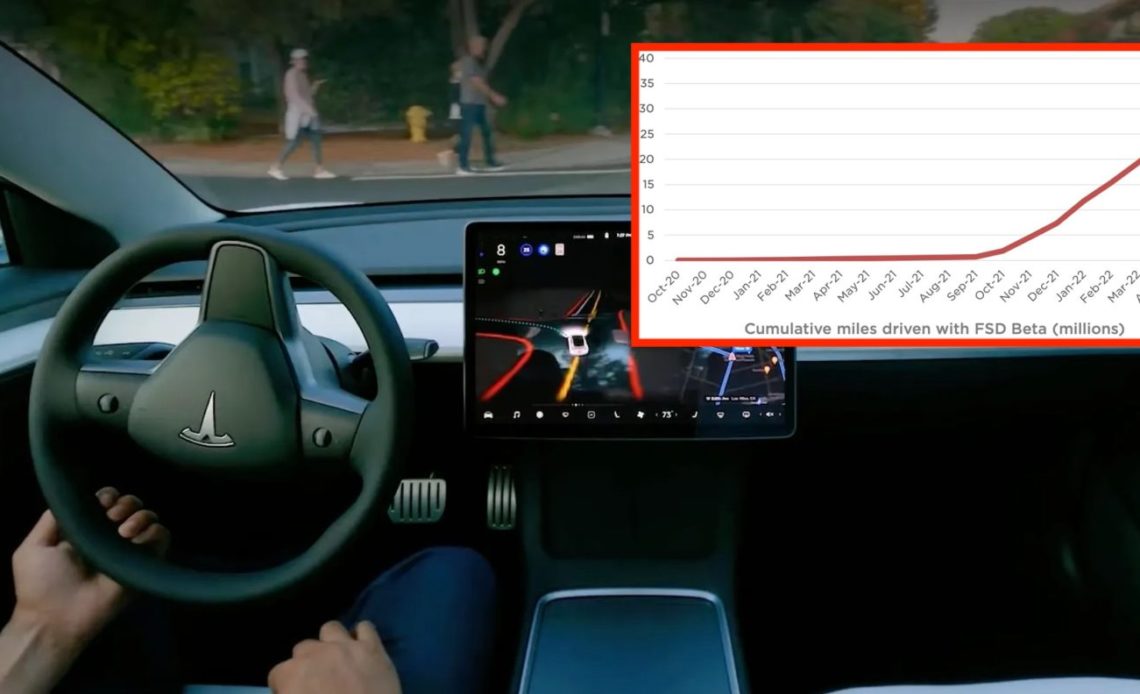 Tesla is reporting that its fleet of customers driving with the Full Self-Driving (FSD) Beta has now surpassed 35 million miles driven, and the pace is ramping up.

Since the responsibility lies with the driver and not Tesla’s system, it is still considered a level two driver-assist system despite its name, but it is the closest thing to a self-driving vehicle that is available to customers and not in a closed fleet operated by companies like Waymo and Cruise.

Because Tesla is putting those vehicles in the hands of customers in fairly large numbers, it is accumulating data at an impressive pace.

With the release of its Q2 2022 financial results, Tesla shared some rare numbers showing that FSD Beta has now driven over 35 million miles and the pace is increasing:

Tesla commented on the milestone and the data collected through this program:

As of the end of Q2-2022, over 100,000 Tesla drivers in North America had access to FSD Beta. Cumulative miles driven by our customers using City Streets supervised autonomy continue to grow at an unprecedented scale. Fleet data is an important part of improving and expanding the system.

The automaker appears to be adding almost 10 million miles of data per quarter at this point, and the number is expected to accelerate greatly in the coming months.

CEO Elon Musk said that Tesla will soon release FSD Beta v11, which is going to merge the highway and city driving software stacks to create a single FSD beta stack. This alone should greatly increase the number of miles driven on FSD Beta.

The update is currently expected for the end of August, but Tesla has often been late with FSD Beta software updates.

Furthermore, Tesla is also continuously expanding access to the FSD Beta to more Tesla drivers who have purchased the FSD package.

Musk recently said that he expects Tesla to have 1 million people on FSD Beta by the end of the year. However, it is believed that the number of Tesla owners who purchase the FSD package is nowhere near that number, and therefore, he must be expecting that the usefulness of the features will improve enough by the end of the year that more people are going to want to buy it.