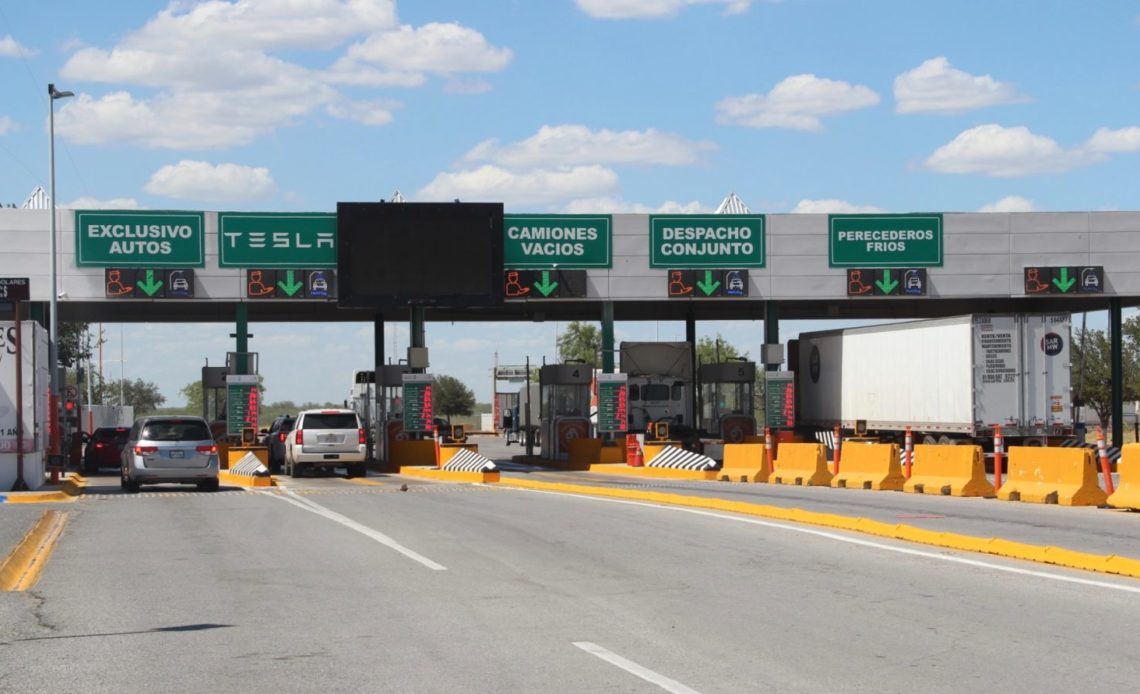 Tesla has managed to strike a deal with the state of Nuevo Leon to have its own lane at the US-Mexico border, which should help the company and its suppliers get across faster.

Nuevo Leon is a weirdly shaped state that managed to have its border drawn in a way that gave it a little 9-mile border with the United States and more specifically the state of Texas.

While it is small in size, it has a large population of more than 5 million people – most of them concentrated around Monterrey, its capital, and the many industries in the region, including many automotive suppliers.

The 9-mile border means that the small state, which also borders the bigger states of Coahuila and Tamaulipas, manages its own border crossing with the US.

Now we learn that Tesla has struck a deal with the state of Nuevo Leon to have its own lane at the border crossing. It resulted in fairly comical signage for a border crossing:

Bloomberg talked to Ivan Rivas, the economy minister of Nuevo Leon, about the deal. The politician said that it was an “incentive” awarded to Tesla:

It was a simple incentive. What we want is a crossing that’s much more expedited and efficient. And maybe there will be a lane for other companies in the future like there is for Tesla.

The exclusive lane will enable Tesla and its suppliers to avoid some wait time at the border, even though the border crossing in Nuevo Leon is among the least popular and the longest wait times are generally no more than 20 minutes.

Furthermore, Tesla has reportedly been looking at potential sites for a factory in Mexico.

Earlier this year, we reported on CEO Elon Musk confirming that Tesla is considering sites for a new factory in Canada, Mexico, and the US when discussing its next plant in North America.