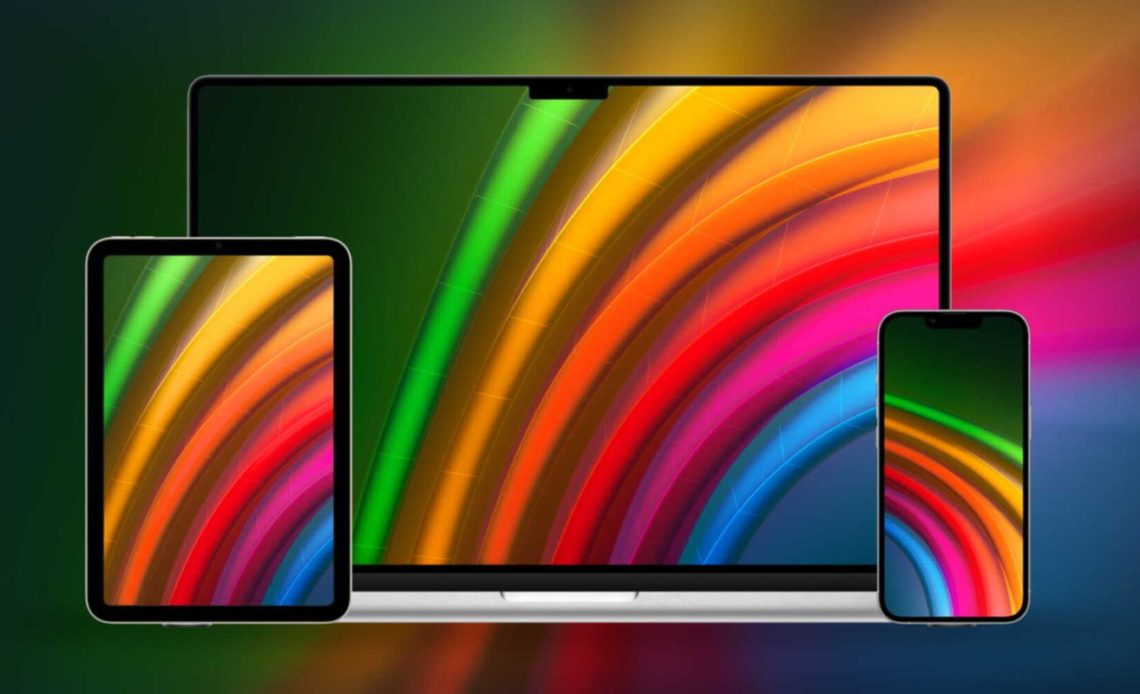 Designer and creative extraordinaire Basic Apple Guy is out with his latest wallpaper for iPhone, iPad, and Mac. The gorgeous Apple Stage rainbow wallpaper features a vibrant and detailed design inspired by the real-life, six-color structure created by Jony Ive.

Basic Apple Guy shared the new Apple Stage wallpaper for iPhone, iPad, and Mac on his website and Twitter this morning.

Along with the beautiful free wallpaper – you can tip Basic Apple Guy to support his work – here’s a fun snippet of the creative process:

“But the process of realizing this design was quite serendipitous. I had a concept for a dark wallpaper in mind, but it was nothing like how this wallpaper ultimately turned out. In fact, the finished product was the result of experimenting with, narrowing down, and building on effects until I produced a design that I fell in love with. It’s the graphic design equivalent of a fluke pool shot you claim you intended to make all along. I couldn’t be happier with the final result and proud to be releasing it as a brand new wallpaper for your iPad, Mac, & iPhone. Enjoy!”

Head over to Basic Apple Guy’s website to download the new Apple Stage Wallpaper for your devices.

Basic Apple Guy also shared details on the creation of the rainbow stage. 25,000 pieces make up the impressive custom build that was designed by Jony Ive.

“A one-of-a-kind, custom designed, 25,000-piece six-colour stage designed by Jony Ive himself – a finishing touch to Apple Park ahead of his departure later that year. The colourful rainbow arches are a joyful presence on the campus and a popular photo op for employees and folks lucky enough to visit the campus. You might say I have a bit of a thing for this arch, having released four wallpapers in the previous 14 months featuring Ive’s iconic creation.”