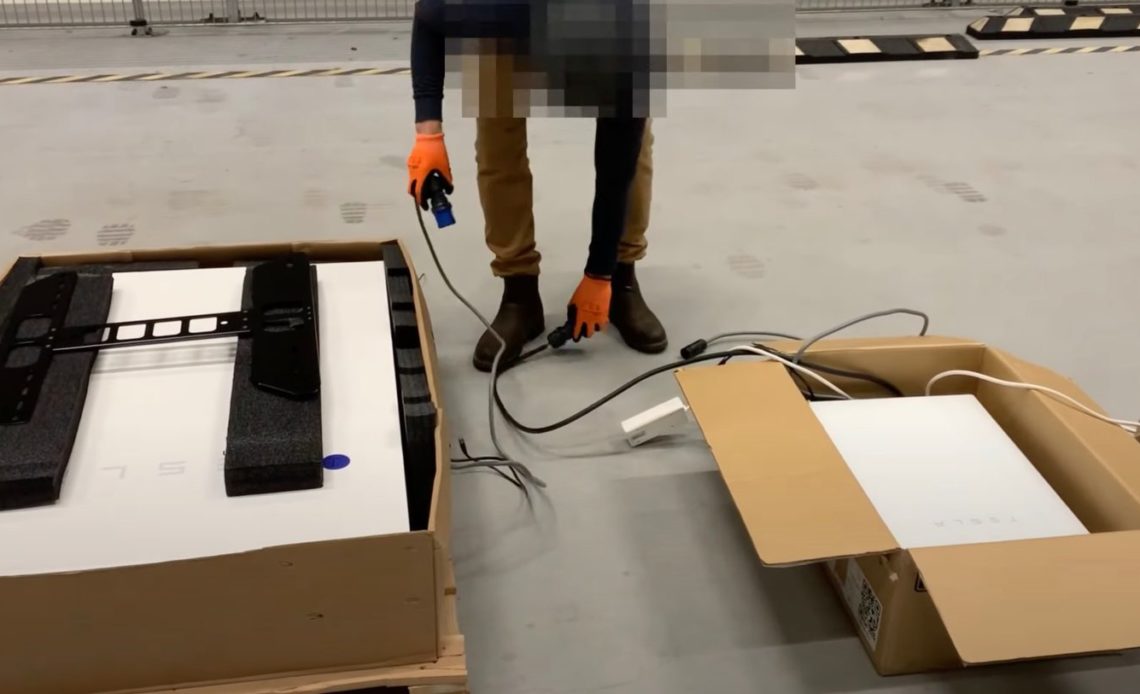 Tesla appears to have produced a very interesting video showing how to use a Powerwall as a mobile power station after sending a load of them to Ukraine.

As we recently reported, Tesla has taken a few steps to help Ukraine, which is currently under attack from a Russian invasion.

The automaker started by offering free Supercharging at some stations around Ukraine for electric vehicle owners fleeing the country.

It later expanded the program to all stations in Poland and Slovakia as more refugees started entering those countries.

We later learned that Tesla helped in this effort with a team at Gigafactory Berlin packaging the Starlink terminals sent to Ukraine and adding Powerwalls:

“On top of this the Energy team supplemented the Starlink roll out with a fleet Powerwalls. The system included PV inverters given by our Certified installer network, pre-made DC cables given by one of our Supercharger Installation Partners and AC cables made out out of scrap from Giga Berlin. All of it assembled by a team of (40+) volunteers from across the EMEA organization, committed to doing what they can to support.“

The Starlink satellite internet constellation is not much used if you are not able to power the ground terminals – hence the Powerwalls.

Now we have been sent a video that appears to have been produced by Tesla to show Ukrainians receiving these Powerwalls how to deploy them as mobile power stations:

The Tesla Powerwall is meant to be used as a home battery pack connected to the grid and/or a rooftop solar panel installation in order to provide backup power. But that’s not really useful to a country under attack.

As described above, Tesla shipped those Powerwalls with basically plug and play connectors in order for them to work out of the skids they are being shipped on.

A Tesla Powerwall has almost 14 kWh of energy capacity, which should power a Starlink terminal for days, but as demonstrated in the video, you can also connect it to an inverter and a string of solar panels to keep it going for longer.