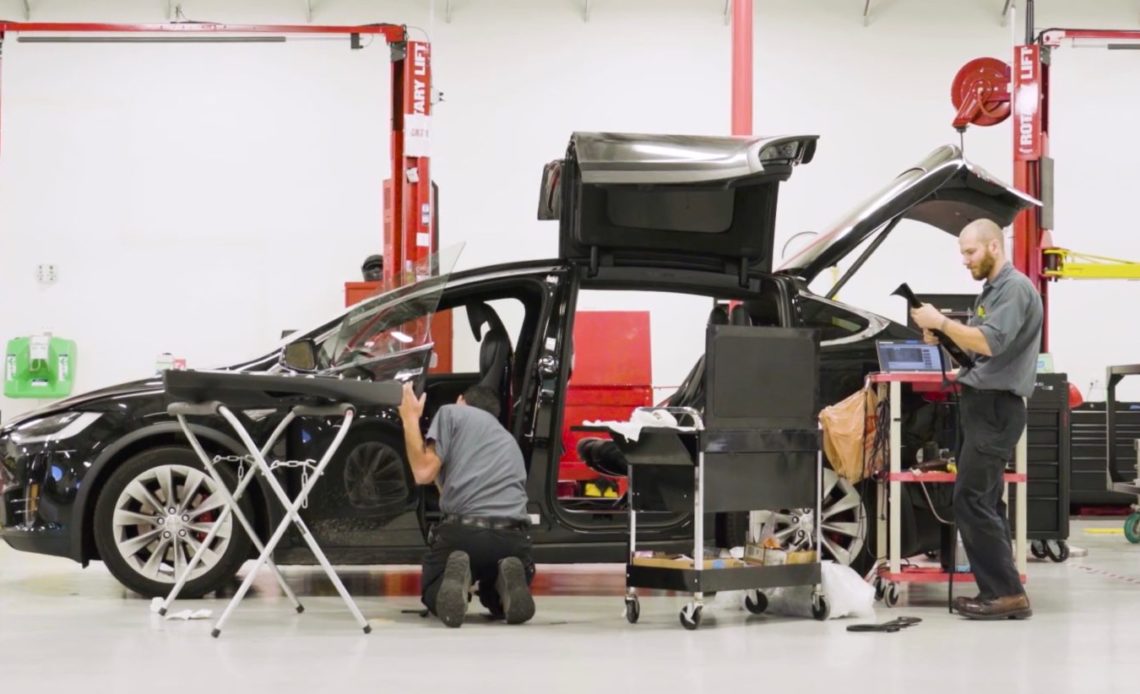 Tesla and Lincoln Tech, a company with technical schools across the US, announced a new partnership to train next-generation of electric vehicle technicians.

Until 2018, Tesla had mainly been recruiting technicians who have been working for other automakers or coming out of training programs where they mainly worked on internal combustion engines.

Of course, electric cars have several components in common with gas-powered cars, but the powertrains are completely different and require a significant amount of training to service them, even for an experienced auto technician.

Tesla has been conducting that training internally to adapt them to their EV products.

In 2018, the automaker launched Tesla START, a 12-week training program in partnership with community colleges to train people to become Tesla service technicians.

Announced today, Tesla is expanding the program through a partnership with Lincoln Educational Services Corporation:

Lincoln Educational Services Corporation (NASDAQ: LINC), a national leader in specialized technical training for more than 75 years, has signed a new agreement with Tesla, the world leader in electric vehicle (EV) production. A Tesla training facility will be established at Lincoln Tech’s Denver, CO campus as part of a 3-year plan whereby the school will provide Tesla START training at no cost to students to help develop the next generation of Tesla’s service technician workforce. Automotive Technology graduates from any of Lincoln Tech’s campuses will be eligible to apply for this advanced EV training program.

While the program is starting with Lincoln Tech’s Denver, Colorado, campus, the company has a dozen other schools across the US where it could expand.

Tesla will take over 6,000 square feet of space in the center and provide equipment and vehicles.

Students accepted into the 16-week program will receive an hourly stipend while they train. The Tesla training facility will occupy approximately 6,000 square feet of space in Lincoln Tech’s Denver campus. Tesla will also provide vehicles, tools, equipment, charging stations and its own instructors to deliver the program. Upon completion of the program, graduates may be recruited for positions at Tesla service centers across North America.

In June, we reported on Elon Musk’s announcement that Tesla is working on service in North America and how Telsa is aiming to make the majority of appointments same-day repairs. As we noted, it is much needed since Tesla’s customer fleet is growing at a much faster pace than its service infrastructure. However, Musk didn’t elaborate on how Tesla plans to achieve that.

Tesla’s service problem was much bigger than we anticipated as we learned that the automaker was going as far as sending untrained employees from other departments to work on cars. The company’s service division is being affected by the labor shortage.

During a companywide meeting a week after the same-day repair announcement, Musk elaborated after being asked by an employee:

The CEO said that the goal to get to two-thirds of appointments as same-day repairs is part of that mission. He said that Tesla looked at the data of all the different repairs, and he believes that most of them can be done on the same day, as long as parts are available at the service centers.

Musk said that he aims for Tesla to achieve that goal with bigger centers and more specialization – meaning that each service center is going to have service bays to perform very specific services.

Recently, the CEO added that Tesla is aiming for same-hour service with “Formula 1 pit crew techniques.”